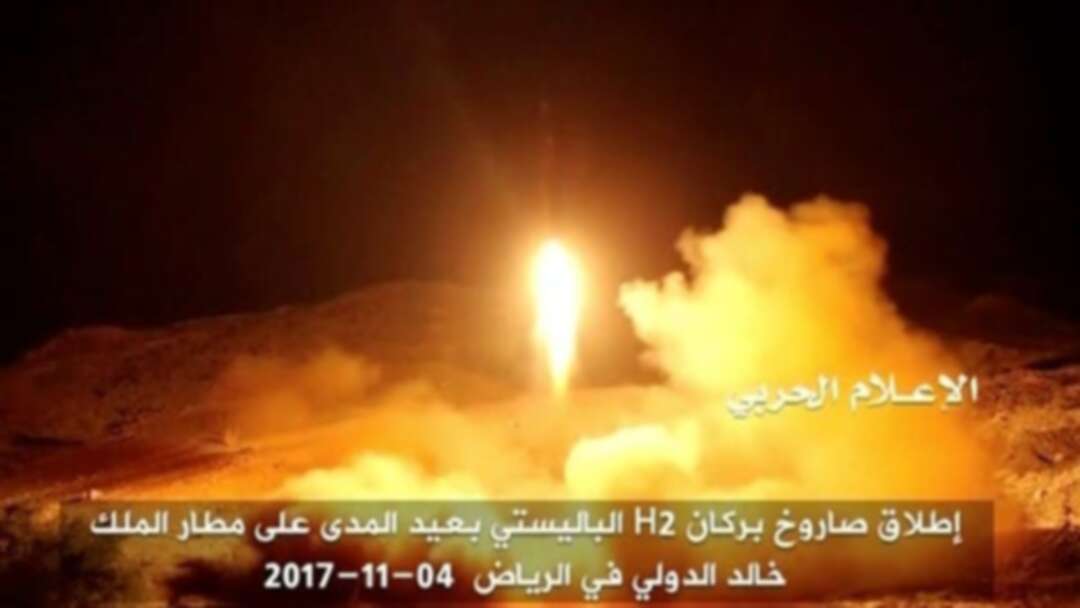 A still image taken from a video distributed by Yemen's pro-Houthi Al Masirah television station on November 5, 2017, shows what it says was the launch by Houthi forces of a ballistic missile aimed at Riyadh's King Khaled Airport. (Reuters)

The Royal Saudi Air Defense Forces intercepted and destroyed two ballistic missiles launched by the Houthi militia in Yemen at 11:23 p.m. local time on Saturday toward civilian targets in the cities of Riyadh and Jazan, the Arab Coalition confirms in a statement.

Arab Coalition Spokesperson Colonel Al-Maliki said that the two ballistic missiles were launched toward the cities of Riyadh and Jazan and that there were no deaths or injuries reported as a result of the attack.

“The launching of ballistic missiles by the terrorist Houthi militia and the Iranian Revolutionary Guards at this time reflects the real threat to this terrorist militia and the Iranian regime supporting it, as this barbaric attack does not target the Kingdom of Saudi Arabia and its citizens and residents on its lands, but rather targets the world’s unity and its solidarity, especially in these difficult time,” al-Maliki said in a statement.

Two civilians were slightly injured by falling debris from an intercepted missile as it exploded in mid-air over residential districts in Riyadh, a spokesperson for Saudi Arabia’s Civil Defense confirmed in a statement.

The strikes are the latest Houthi attack against Saudi Arabia, following sporadic missile attacks on various Saudi Arabian locations including Abha airport. The Iran-backed Houthi militia is fighting against the UN-recognized government, backed by Saudi Arabia and the Arab Coalition, for control of Yemen. Southern separatists are also a major faction in the conflict, which has killed over 100,000 people since the Houthis swept south and took control of vast swaths of Yemen including the capital Sanaa in 2015.

“Loud explosions were heard across the northern areas of Riyadh and sources confirmed it was after two ballistic missiles were intercepted and destroyed,” Al Arabiya’s correspondent in Riyadh Abdulrahman al-Osaimi said moments after the attack took place. 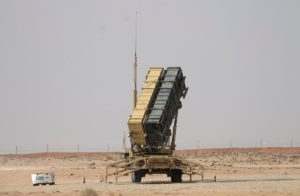 The attacks come more than a day after the Arab Coalition had intercepted and destroyed drones launched by the Houthi militia targeting the Saudi Arabian cities of Abha and Khamis Mushait.

Saudi Arabia has faced repeated attacks in recent years from drones and missiles fired by the Houthi militia from the Kingdom’s southern border with Yemen.

French chefs cook up antidote to virus confinement Coronavirus: Bahrain confirms flight scheduled for return of its citizens in Qatar