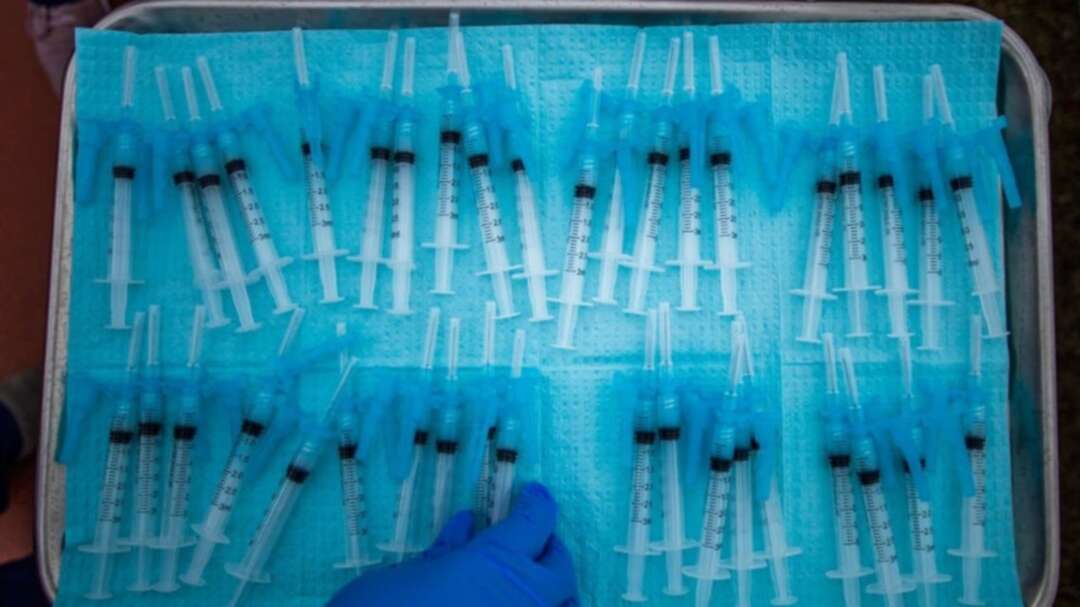 A nurse takes a Moderna Covid-19 vaccines ready to be administered in South Central Los Angeles, California on February 16, 2021. (AFP)

Hong Kong officials dropped a plan to mandate foreign domestic workers be vaccinated against the coronavirus, after hearing international criticism the move would be discriminatory.

Most of Hong Kong’s approximately 370,000 domestic workers come from Indonesia and the Philippines, both severely impacted by the pandemic.

Those findings prompted the city to order domestic workers to be tested for the virus at the end of April.

The Philippines’ Secretary of Foreign Affairs Teodoro Locsin Jr. previously slammed the Hong Kong government for its mandatory vaccination plan for foreign domestic workers, saying that it “smacks of discrimination.”

On Tuesday, Lam also announced a second round of mandatory tests for domestic workers as a precaution, which will begin on Saturday and last until the end of the May.

She urged employers to allow the workers to take the test on a workday instead of on their day off.

Hong Kong has so far reported 11,812 infections of the coronavirus, with 210 deaths.

Indonesia has reported more than 1.7 million people infected and 47,000 deaths, while the Philippines has confirmed 1.1 million infections and 18,500 deaths from COVID-19.