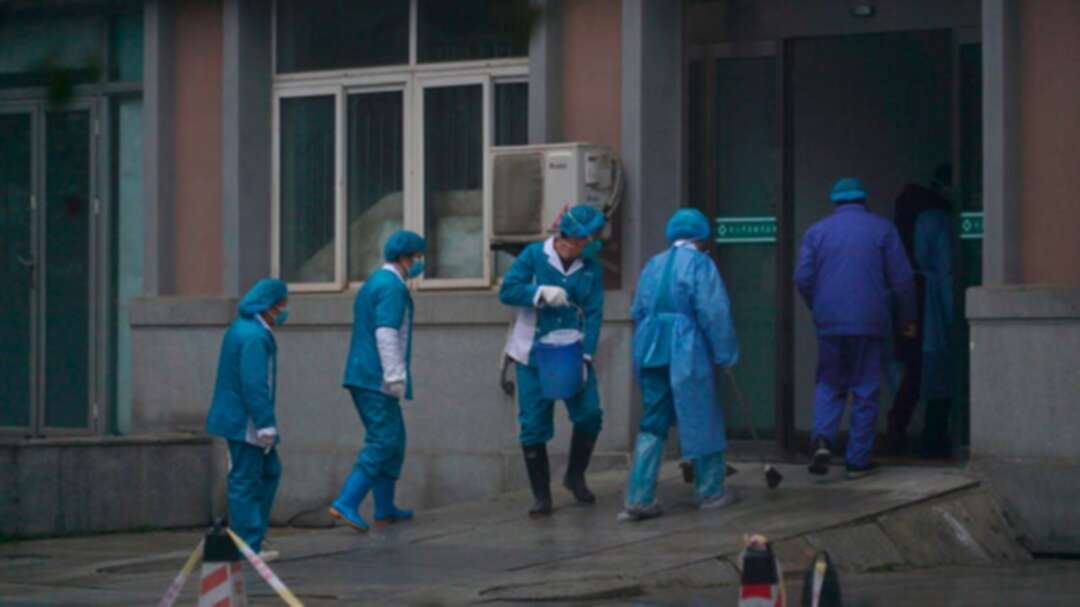 Hospital staff at the Wuhan Medical Treatment Center, where some infected with a new virus are being treated. (AP)

Hong Kong’s government is on high alert to deal with a new flu-like coronavirus that has killed nine people in mainland China, the city’s commerce secretary, Edward Yau, said on Wednesday.

The outbreak has rattled financial markets as investors recall the huge impact of Severe Acute Respiratory Syndrome (SARS), which killed nearly 800 people globally during a 2002/03 outbreak that also started in China.

Yau is part of a delegation on a mission to the annual meeting of the World Economic Forum in Davos to convince global business and political leaders that the Asian financial hub is back on track after more than seven months of protests, even as it faces a potentially more damaging crisis.

“The whole world is watching this new epidemic ... We are also getting fully prepared for this because of such proximity between Hong Kong and the mainland, and very hectic travel,” Yau told Reuters.

During the Lunar New Year celebrations, tens of millions of Chinese travel domestically, starting from this week.

“Policy is on high alert, making sure that we can contain and prevent the spreading of the disease.”

The virus, originating in Wuhan at the end of last year, has spread to Chinese cities including Beijing and Shanghai, as well as the United States, Thailand, South Korea, Japan, and Taiwan.

There have been no confirmed cases of the virus in Hong Kong, although the Chinese-ruled gambling hub of Macau confirmed on Wednesday its first case of pneumonia linked to the coronavirus.

You also said the former British colony was well placed to address any cyclical and structural challenges, just days after Moody’s downgraded the financial hub, blaming the government for failing to deal with the sometimes violent protests.