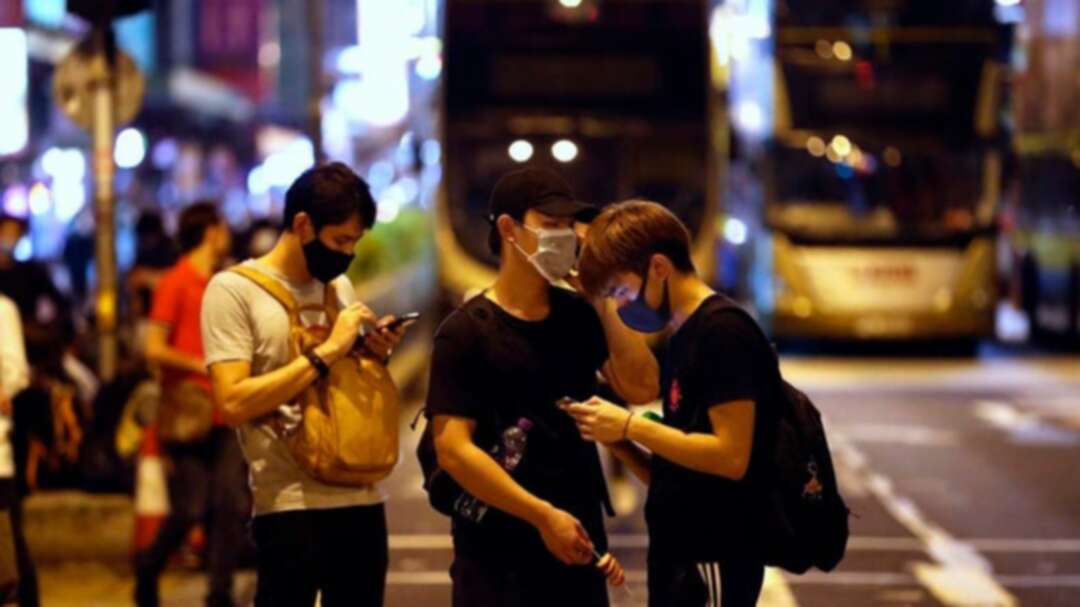 Protesters wear masks on the streets of Hong Kong on October 4, 2019. (AP)

Hong Kong’s rail operator said the entire metro system would remain shut on Saturday in an unprecedented move as the city braced for more demonstrations after a night of chaos when police shot a teenage boy and pro-democracy protesters torched businesses and metro stations.

For four months the city has been roiled by increasingly violent protests, which began in opposition to a bill introduced in April that would have allowed extradition to mainland China but have spiraled into a broader pro-democracy movement.

The Beijing-backed leader said a ban on face masks that took effect on Saturday was ordered under the emergency laws that allow authorities to “make any regulations whatsoever” in whatever they deem to be in the public interest.

But the move enraged protesters, who took to the streets as darkness fell to vent their anger. They set fires, hurled petrol bombs at police and burned the Chinese national flag, in a direct challenge to authorities in Beijing.

Police said an officer in Yuen Long, a district in the outlying New Territories that saw fierce clashes in July, had fired a shot in self-defence after a protester threw a petrol bomb at him, setting him on fire.

Local media reported a 14-year-old boy had been shot and the city’s Hospital Authority said a 14-year-old was in a serious condition, without giving further details.

In a statement, it said protesters had set fires at multiple stations, including to an empty train, and injured two staff.

“As we are no longer in a position to provide safe and reliable service to passengers in the circumstances, the Corporation had no choice but to make the decision to suspend the service of its entire network including Heavy Rail, Light Rail and MTR bus,” it said in a statement on Saturday morning.

The airport express, the city’s main link to the airport, would also stay closed, it said, while more than a dozen shopping malls, which shut their doors early on Friday in anticipation of violence, said they would also not re-open.

Around a hundred demonstrators besieged a Bank of China (HK) branch in the high-end shopping district of Causeway Bay, while across the harbor in Kowloon district protesters smashed the glass store front of a China Life branch.

Police fired volleys of tear gas to disperse protesters in flashpoint districts across the territory, including Causeway Bay, Sha Tin and Wong Tai Sin, underscoring the challenges facing authorities as the protests show no sign of letting up.

Further demonstrations are planned for the weekend, including a march on Saturday from Salisbury Garden in Kowloon.