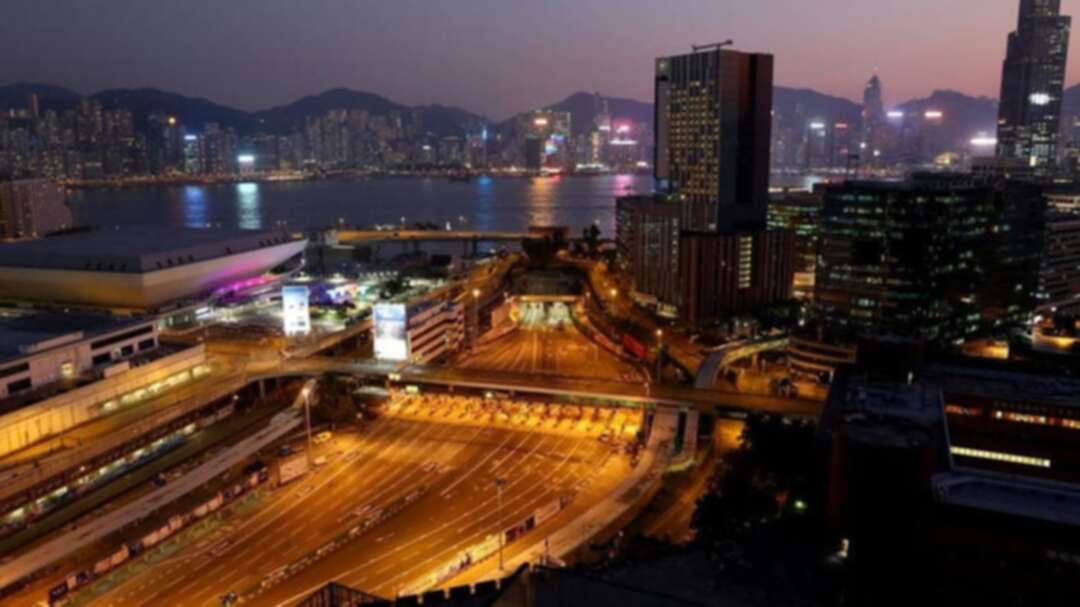 A general view with the bridge that gives access to the Cross-Harbour Tunnel from the campus of the Hong Kong Polytechnic University (PolyU), in Hong Kong, China November 21, 2019. (Reuters)

One of Hong Kong’s main highway links, the Cross-Harbour Tunnel, reopened early on Wednesday as a lockdown of the nearby Polytechnic University appeared to be drawing to a close with teams still combing the campus for remaining protesters.

Hong Kong authorities hope that a lull in clashes over the weekend during local elections, where pro-democracy candidates grabbed a landslide victory, can translate into more calm after nearly six months of turmoil.

Chinese authorities reiterated a need “to stop the violence and restore order” after the election.

Reuters also reported that China’s leaders had set up a crisis command center in the Chinese tech hub of Shenzhen, just across the border from Hong Kong, to deal with protests that have become the biggest populist challenge since China’s leader Xi Jinping came to power in 2012.

Despite the euphoria among protesters over the electoral victory, in which democracy advocates swept around 86 percent of the 452 district council seats, fresh protests are planned for the weekend, including a “no teargas to children march”.

The city-wide elections drew a record turnout and were seen as a vote of no-confidence against Beijing-backed Hong Kong leader Carrie Lam over her handling of the financial hub’s worst crisis in decades.

The restoration of vehicular traffic through the Cross-Harbour Tunnel in the early hours of Wednesday came after anti-government protesters barricaded themselves in the Polytechnic University and blocked the tunnel mouth almost two weeks ago.

Toll booths were smashed, fires lit and bricks concreted onto the highway, severely disrupting traffic between Hong Kong island and the Kowloon peninsula.

Hong Kong television showed a steady flow of vehicles surging into the tunnel when it reopened.

Police still guarded the perimeter of the Polytechnic University as a security team prepared to scour the campus for a second day, seeking protesters who may still be hiding in the maze of buildings.

The red-brick university was turned into a battleground in mid-November when nearly a thousand protesters barricaded themselves inside and clashed with riot police in a hail of petrol bombs, water cannons, and tear gas.

Police later formed a security cordon around the campus to trap that inside, eventually making hundreds of arrests. A small number are still believed to be inside.

Demonstrators are angry at what they see as Chinese meddling in the freedoms promised to the former British colony when it returned to Chinese rule in 1997.

China denies interfering and says it is committed to the “one country, two systems” formula put in place at that time.

Bolivia appoints first ambassador to US in 11 years: Official Trump says US to designate Mexican drug cartels as terrorists