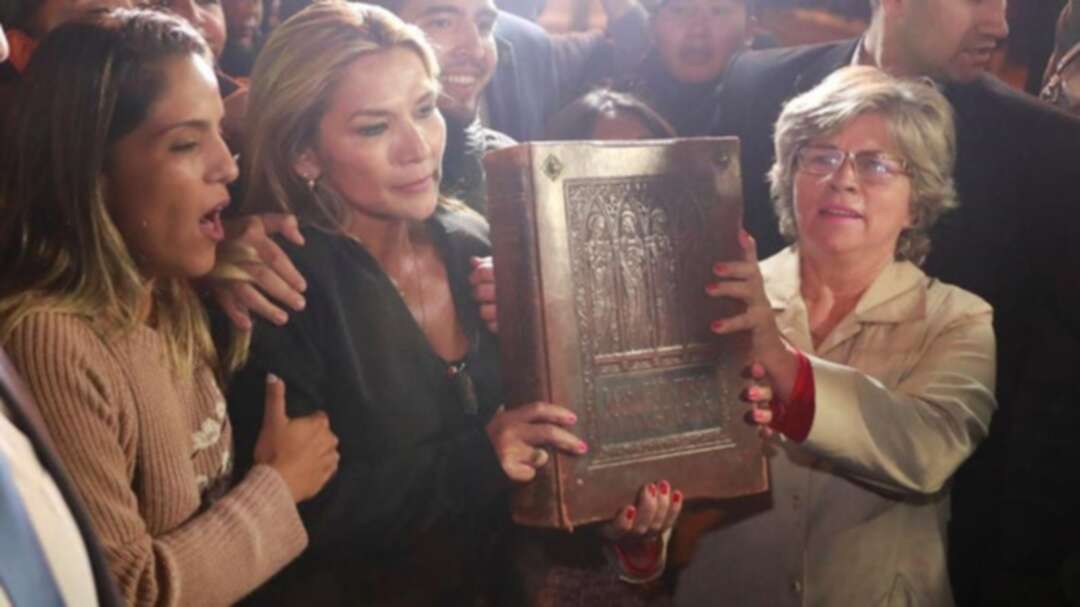 Senator Jeanine Anez poses for photos after she declared herself as Interim President of Bolivia, at the Presidential Palace, in La Paz, Bolivia November 12, 2019. (Reuters)

Bolivia appointed its first ambassador to the US in 11 years on Wednesday, officials said, as the interim government resets the country’s foreign policy after the departure of Evo Morales.

Walter Oscar Serrate Cuellar has been given the key diplomatic posting, the foreign ministry announced on Twitter. The appointment has to be approved by Congress.

Cuellar previously served as Bolivia’s ambassador and permanent representative at the United Nations, the ministry said.