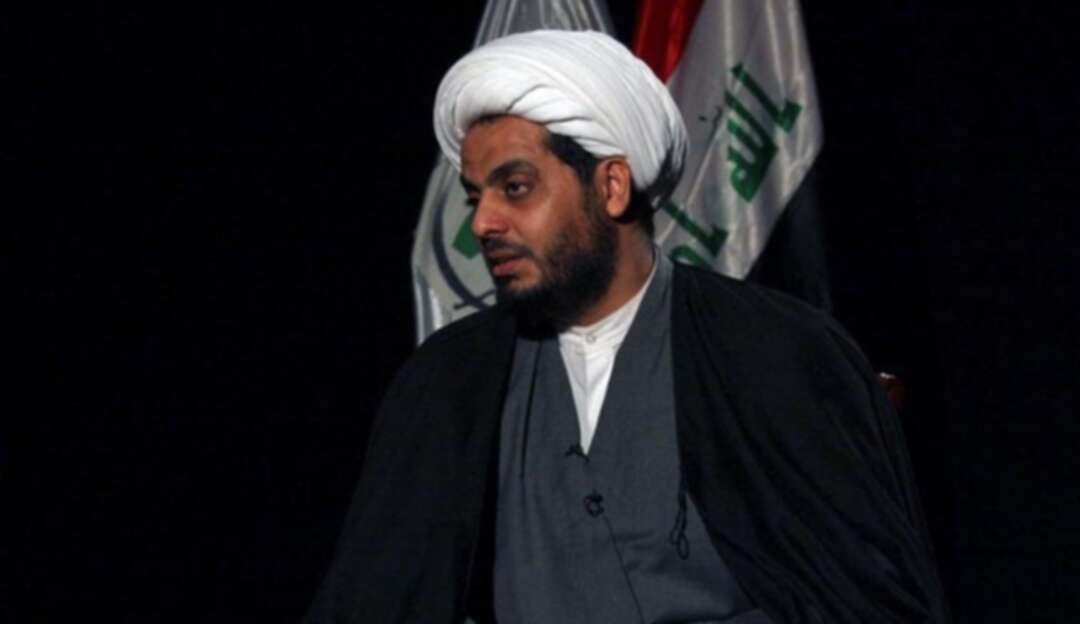 Qais al-Khazali, the leader of Asaib al-Haq, speaks to Reuters during an interview in Baghdad. (File photo: Reuters)

An Iraqi paramilitary leader and a politician have laughed off financial sanctions Washington recently placed on them for alleged corruption and human rights abuses.

“They should have given us this honor a long time ago,” said Qais al-Khazali, one of the newly-sanctioned figures, in sardonic remarks to an audience of supporters on Sunday.

The US Treasury on Friday accused his group of “widespread forced disappearances, abductions, killings, and torture” under the Global Magnitsky act.

The measures block financial transactions with and travel to the US for people who commit human rights abuses or corruption.

“I’m embarrassed. Designate me a terrorist! A global terrorist. What is this Treasury list?” Khazali said.

“That means the money we have in US banks will go,” he added sarcastically.

The US also sanctioned Iraqi businessman and political figure Khamees al-Khanjar, whom it accused of bribery.

In a statement, Khanjar’s party condemned the decision and said the accusations were “extremely funny and illogical.”

“He was never an official, nor was his party part of the government,” invalidating the corruption allegation, it said.