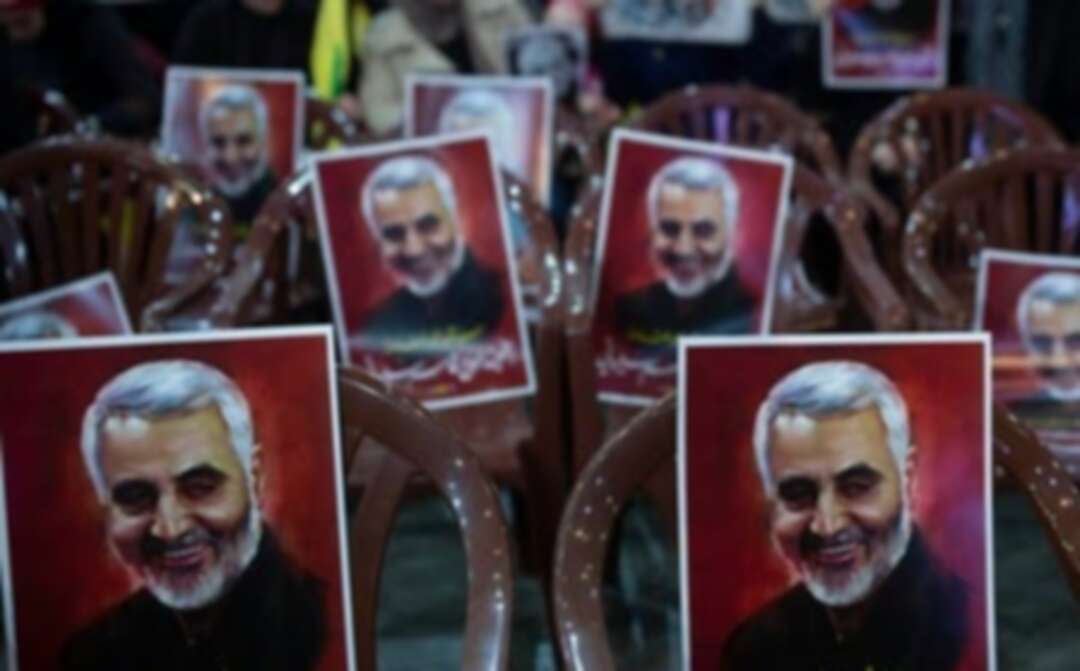 Posters of slain Iranian Revolutionary Guard Gen. Qassem Soleimani are placed on chairs as supporters of Hezbollah leader Sayyed Hassan Nasrallah gather for his televised speech in a southern suburb of Beirut, Lebanon, Sunday, Jan. 5, 2020 following the U.S. airstrike in Iraq that killed Soleimani. The posters read: Sayyad of martyrs in the axis of resistance. The martyr Hajj Qassem Soleimani. (File photo: AP)

Travelers to Lebanon are not shocked by the soaring number of COVID-19 cases. Nor, will the plastered images of Iranian commander Qassem Soleimani lining the airport highway into Beirut cause surprise. The ride into the capital gives an ominous impression of instead, arriving in Tehran, and the feeling that the people belong to the Iranian state.

Recent statements from Amir Ali Hajizadeh, commander of the Islamic Revolutionary Guards’ Corp (IRGC) Aerospace Force support this. He affirmed that, “all the missile capabilities of Gaza and Lebanon have been supported by Iran, and they are the front line for confrontation.”Iran, through its Lebanese proxy Hezbollah, has been slowly chiseling away at what remains of Lebanon’s sovereignty. Attacking Iran will bring repercussions, for Lebanon and the international community, it fears Israel and the US, and its narrative says Hezbollah would retaliate almost immediately, making Lebanon a first-strike deterrence missile base for Iran. 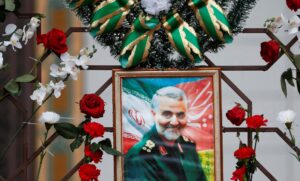 Flowers lie around a portrait of Iranian Major-General Qassem Soleimani, who was killed in an airstrike near Baghdad, at the Iranian embassy's fence in Minsk, Belarus January 10, 2020. (File photo: Reuters)

Running its own black economy, and using the Lebanon’s dwindling resources, Hezbollah’s involvement in the fighting in Syria, Iraq, Yemen and beyond has placed tremendous pressure on Lebanon, exacerbated by Arab Gulf neighbors no longer willing to bankroll its failing economy.

Iran’s sabre rattling are preemptive moves designed to avoid military escalation. Preventing the outgoing Trump administration from taking any rash military actions against them is their mission, and this includes their many proxies in the region.

It is no coincidence that Iran’s war of words marks the anniversary of the killing of its top enforcer Qassem Soleimani, and his top Iraqi aid Abu Mehdi al-Mohandas which, despite repeated threats, Iran has yet to avenge. Iran’s fears are clearly visible from Hezbollah secretary-general Hassan Nasrallah’s recent speech underscoring that, “The resistance front will always be respecting and glorifying its martyrs. Iran will take military revenge by itself. It has strength and ability as well as power to defend and does not need any proxies. The friends of Iran will take their own decisions if they want to respond to this crime.”

However, the friends of Iran, be it in Lebanon or Iraq, will find themselves in a pickle when positioned as forward defense bases. This will prove costly with President-elect Joe Biden taking office in a few weeks. Despite its formidable militia setup, Hezbollah does not the capacity to engage Israel in an open war. 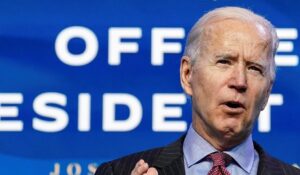 US President-elect Joe Biden speaks as he announces members of economics and jobs team at his transition headquarters in Wilmington, Delaware. (File photo: Reuters)

As the Biden administration will re-engage with Iran on the nuclear deal, it will certainly not turn a blind eye on the destructive role the country’s militia across the region has caused. Nasrallah has repeatedly tried to brand Lebanon as an anti-western nation, bent on destroying the US.

Given that Iran and its proxies cannot destroy, nor threaten the US they have turned instead to bullying nations they occupy.

In Lebanon and Iraq’s case this includes polluting and desecrating its public spaces with hideous, badly crafted murals, and statues of Soleimani and their militiamen who perished in pursuit of Iran’s expansionist scheme. Denounced and ridiculed by the public for their lack of aesthetic appeal, underneath the proclaimed art reveals Iran’s attempt to compensate for its lack of inaction.