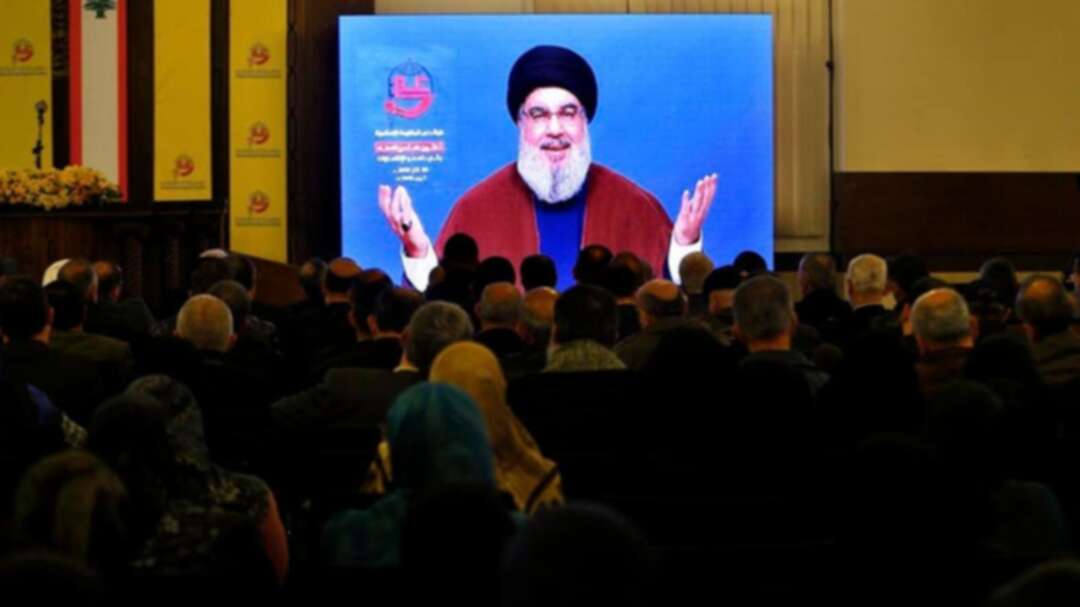 Supporters of the Iranian-backed Hezbollah group listen to a speech of leader Sayyed Hassan Nasrallah, via a video link, in a southern suburb of Beirut, Lebanon. (File photo AP)

Lebanon’s Hezbollah leader said on Monday that while a flare-up with Israel at the border had ended, the episode had launched a “new phase” in which the Iran-backed movement no longer has red lines.

In a televised speech, Sayyed Hassan Nasrallah said the new focus, now in the hands of fighters in the field, would be on targeting Israeli drones entering Lebanon’s skies.

“In the past, when we were attacked, we responded in the Shebaa Farms,” a disputed area along the Lebanon-Israel ceasefire line, he said.

“But yesterday, the response was across the frontier,” within Israel’s internationally recognised borders, crossing what he said Israel considers a red line.

Today, Nasrallah said, “there are no more red lines.”

The threat came after Hezbollah said Sunday its fighters had “destroyed” a military vehicle on the road to the Avivim barracks in northern Israel, killing or wounding those inside.

Israel’s army said it had responded with around 100 artillery shells after Hezbollah fired two or three anti-tank missiles at a battalion headquarters and military ambulance, hitting both.

Sunday’s exchange of fire over the Lebanese-Israeli border came a week after Hezbollah accused Israel of carrying out a drone attack on its southern Beirut stronghold.

On August 24, Israel also said it had carried out strikes in Syria to avert an Iranian drone attack.

Hezbollah said those strikes killed two of its members.

On Monday, Nasrallah vowed to hit “deep inside Israel,” and not just along the border, in case of a new Israeli attack.

“If you attack us, your borders, soldiers and settlments -- including those on the border and those deep inside (Israel) -- will be threatened and targeted,” he said.

“If there is any aggression against Lebanon, there will be no such thing as international borders.”

The Hezbollah leader said the “first phase” of the response to last week’s Israeli attacks on Syria and Lebanon had ended.

But he said his group would target Israeli drones over Lebanese air space.