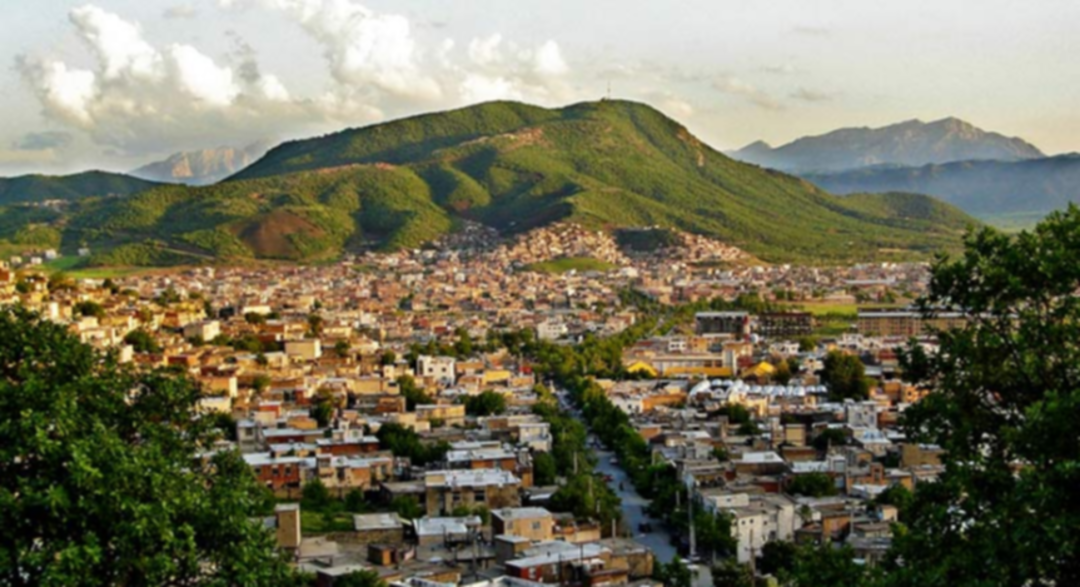 Heroic Resistance and Victims of Atrocity in Marivan-Iran

The city of Marivan is located in Kordestan province. This city and part of Iraq share the same border. The history of Marivan goes back to about 1800 B.C., thus a point of interest for many international tourists. Marivan is considered one of the major cities of Kurdistan province and has a long history of battles with emperors and dictators of its time.

Marivan’s ancient forts, its grasslands, and mighty mountains have been home to many legends and warriors. Although the people of Marivan have had their share of ebb and flow at different eras, they have been experiencing their worst miseries since under the reign of this regime. The people of Marivan, have been the creators of many heroic events in their fight against the ruling mullahs in the span of the last 40 years, hence, enriching their history a step further. Marivan’s participation in the recent wave of uprisings in Iran could be considered the pinnacle of their heroism. It all started with a sudden and steep hike at gas prices in Iran.

Marivan wasted no time to protest the hike. Below is a brief narrative of a few witnesses from Marivan.

The protests in Marivan started on Saturday, November 15, 2019, around 10 a.m. The youth of Marivan turned off their vehicles and left their cars on the roads, a peaceful protest. Small protest signs were carried by the youths and were affixed to their vehicles. As time passed, in the afternoon, the security forces entered the city, then raided the people in Sarbaz Square first and made their way to other major squares of the city. They began to remove the license plates from the cars and shattered the glass windshields of many cars. They threatened the people that the owners of the cars that their license plates have been confiscated will be recognized and

At the same time, the members of the Special Guard entered the Shabrang area and attacked the people. The people, this time, counter attacked and forced the guards back. The guards took refuge in a building. A group of regime militia and plainclothes incited the people to attack the building. The protesters were not fooled and did not fall into that trap. As nighttime approached and darkness fell on the city, the guards housed in the building reached the roof and began to shoot at the protesters. At first, people thought the bullets coming towards them are dummy bullets, but proved to be real killer bullets. Two young protesters were shot and killed; Osman Naderi was hit in his head and Behrooz Maleki, in his heart.

Everyone was in a state of shock and disbelief. The roads were blocked by the regime’s security forces and no way to take the wounded to the hospital. A few wounded were taken to Najaf hospital, carried on people’s shoulders or by motorcycles. Upon hearing the news of the deaths and wounded, almost the whole city was in a state of disbelief. The events were so unexpected that soon the main city hospital was full and it experienced a shortage of medical personnel. Just two doctors were available, thus, unable to attend every wounded person. Behorroz Maleki was still breathing when he was brought to the hospital, but because of severe damage to his heart, the doctors announced he is beyond help and tried to attend others in need.

The peaceful protests of the people were met with guns and bullets of the regime and gave birth to violence. The city of Marivan became yet another fort, fighting for its dignity. The main areas of the city, such as Jihad Square, Koure Mousavi, Sarbaz Square, Shabrang and Bavehrashi Square were conquered and occupied by the youths and the women of the city. The people used rocks to fight against guns and bullets.

In his book, “Dark Over Denmark”, Alan Levin explains that Hitler could not win in Denmark simply because the Danes were not allowed to do so, and history was now being repeated. The brave young men and women of Marivan did not allow Khamenei's security forces to do so as well. In order to deceive the protesters, the regime had asked a number of his security forces to wear the traditional clothing of the Kurds, portraying the anti-government protests as a local conflict. Regime’s deceiving tactic proved to be very ineffective. As time passed by, more clashes between the regime’s brutal guards and the protesters were happening across the city. The widespread of protests made it impossible for the regime to defeat it. The regime’s guards seemed to have lost their confidence and were puzzled and confused, incapable of attacking the protestors. Marivan’s youth, raged by all kinds of discrimination against them and the ignorance of the authorizes to their living conditions, found this the perfect opportunity to materialize their dismay by attacking guard stations, government banks, gas stations, and government-affiliated supermarkets and set them on fire.

Despite the absence of internet and cellular services, the people of Marivan continued their protests for 7 days. Despite the lack of international support for the rights of the people of Marivan and Kurdistan, the protesters did not give up and gradually became aware of their own unique strength and power. On another note, the recent events in Iran have proven that the regime is unable and incapable of suppressing the widespread protests in Iran.

Iran The City of Marivan