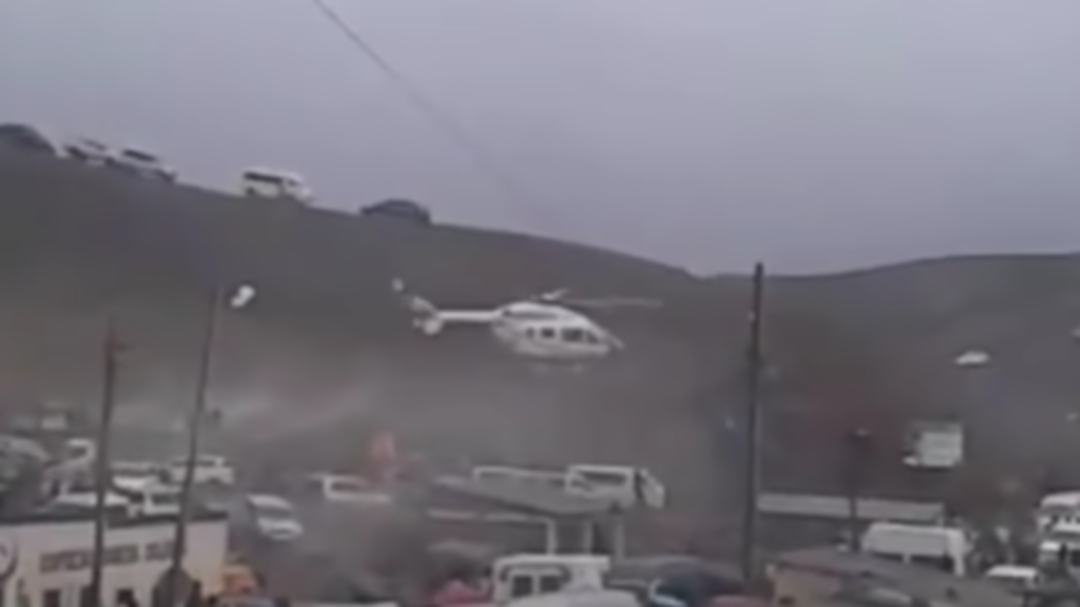 A screengrab of the EC-145 helicopter shortly before making an emergency landing after spinning out of control. (Screengrab)

A helicopter carrying Bolivia’s President Evo Morales made an emergency landing Monday due to a mechanical problem, the military said, raising suspicions among his supporters after opponents vowed to oust him.

No one was hurt, the air force said, but the incident fueled tensions in the country where protesters have been rallying against the leftist president for two weeks following his disputed re-election.

The mechanical glitch happened as the helicopter was taking off from a village in the Andes where Morales had been inaugurating a new road, it said. Video of the incident circulated on social media.

The air force said it was investigating the causes of the fault.

The EC-145 helicopter “had a mechanical fault in the tail rotor during take-off, which prompted an emergency landing,” the Bolivian Air Force said in a statement.

Morales has accused his opponents of plotting a coup against him.

Venezuelan President Nicolas Maduro, a staunch ally of Morales, tweeted his “deep solidarity and support for our Indian chief of the south, who has emerged unscathed from an air crash.

“The immortal spirit of our ancestors and liberators protect you. A hug, Brother President!”

Foreign Minister Diego Pary condemned what he said was an ongoing coup d’etat in the country in a speech to an extraordinary session of the Organization of American States’ (OAS) permanent council in Washington.

“The selective aggression of citizens and the security forces, the call on the Armed Forces and the National Police to rise up, and finally the call under threat to President Evo Morales to leave the government in 48 hours, are clear evidence that there is a coup d’etat on the way that aims to break Bolivia’s democratic life leading to chaos and confrontation between Bolivians,” Pary said.

Deadly unrest has gripped the South American country since Morales was named winner of an election on October 20 for a fourth term.

His opponents have branded the result a fraud, citing alleged irregularities in the vote-count.

Morales’s rival in the polls, Carlos Mesa, has called for a new vote to be held.

Demonstrators returned to block roads in the capital La Paz on Monday in fresh protests.

In his address to supporters on Saturday, Camacho called on the military to “be on the side of the people.”

Morales responded by accusing his opponents of seeking bloodshed.

Romero alleged on Sunday that “a violent confrontation is being prepared” for Monday night near the presidential palace in La Paz.