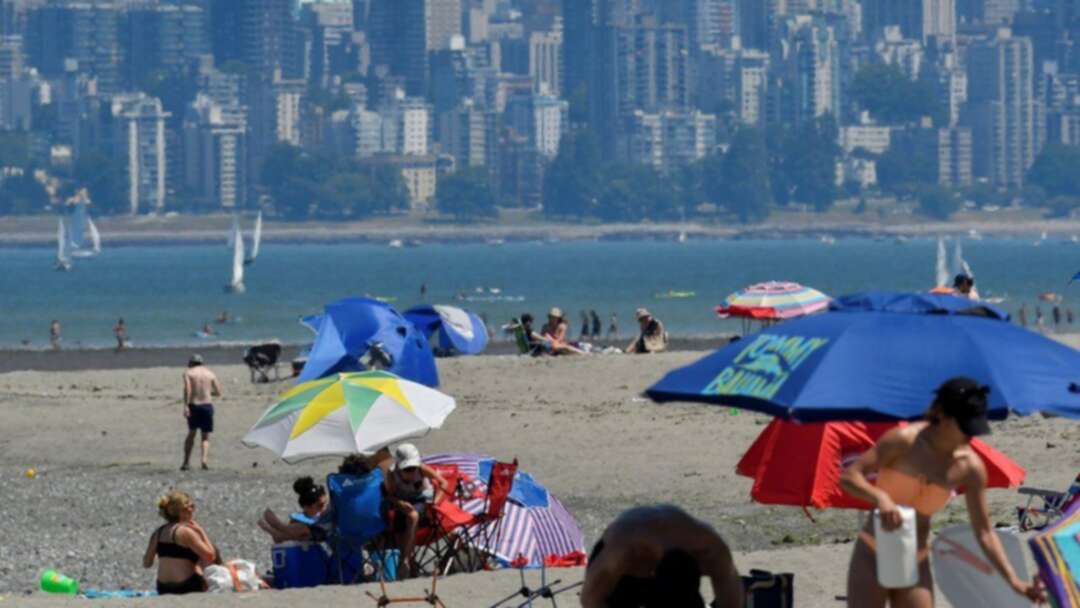 BBC reported that dozens of people have died in Canada amid an unprecedented heatwave that has smashed temperature records. Heat wave

Police in the Vancouver area have responded to more than 130 sudden deaths since Friday. Most were elderly or had underlying health conditions.

They said the heat was a contributing factor in many cases.

On Tuesday, Canada recorded its highest ever temperature for a third straight day - 49.5C (121F) in Lytton, British Columbia.

Before this week, temperatures in the country had never passed 45C. The heatwave is due to a dome of high pressure hovering over the north-western US and Canada. Heat wave

Experts say climate change is expected to increase the frequency of extreme weather events, such as heatwaves. However, linking any single event to global warming is complicated.

BBC reported police as saying that the heat is believed to have been a contributing factor in the deaths of 65 people in the city of Vancouver.

The suburb of Burnaby, meanwhile, reported at least 34 sudden deaths and the Surrey area recorded 38.

According to police sergeant Steve Addison, "Vancouver has never experienced heat like this, and sadly dozens of people are dying because of it."

"Our officers are stretched thin, but we're still doing everything we can to keep people safe," he said, before adding that daily sudden death calls in the city had more than trebled.

In the tiny village of Lytton, about 155 miles (250 km) east of Vancouver, resident Meghan Fandrich said it had been "almost impossible" to go outside.

"It's been intolerable," she told the Globe & Mail newspaper. "We're trying to stay indoors as much as possible. We're used to the heat, and it's a dry heat, but 30

Many homes in British Columbia do not have air conditioning as temperatures are usually far milder during the summer months. Temporary water fountains and cooling centres have been set up in the Vancouver area.

Dozens of officers have been redeployed in the city, while the increased volume of 911 calls has created a backlog and depleted police resources.

The country's weather service, Environment Canada, has issued heat warnings for the provinces of British Columbia and Alberta, along with areas of Saskatchewan, the Northwest Territories and Manitoba.

"We're the second coldest country in the world and the snowiest," said David Phillips, a senior climatologist for Environment Canada.

"We often see cold snaps and blizzards but not often do we talk about hot weather like this... Dubai would be cooler than what we're seeing now."

In the US Pacific Northwest on Monday, temperatures hit 46.1C in Portland, Oregon, and 42.2C in Seattle, Washington, the highest levels since record-keeping began in the 1940s, the National Weather Service said.

A dozen deaths in Washington and Oregon may be linked to the heatwave.

The heat is intense enough to melt cables, shutting down the Portland Streetcar Service on Sunday.

One Seattle resident told the AFP news agency that the city felt like a desert: "Normally... 60, 70 degrees is a great day - everybody is outside in shorts and T-shirts - but this is... ridiculous"

Amazon allowed members of the public into areas of its Seattle headquarters as a cooling-off location on Monday, while people in Portland also flocked to cooling centres. Heat wave