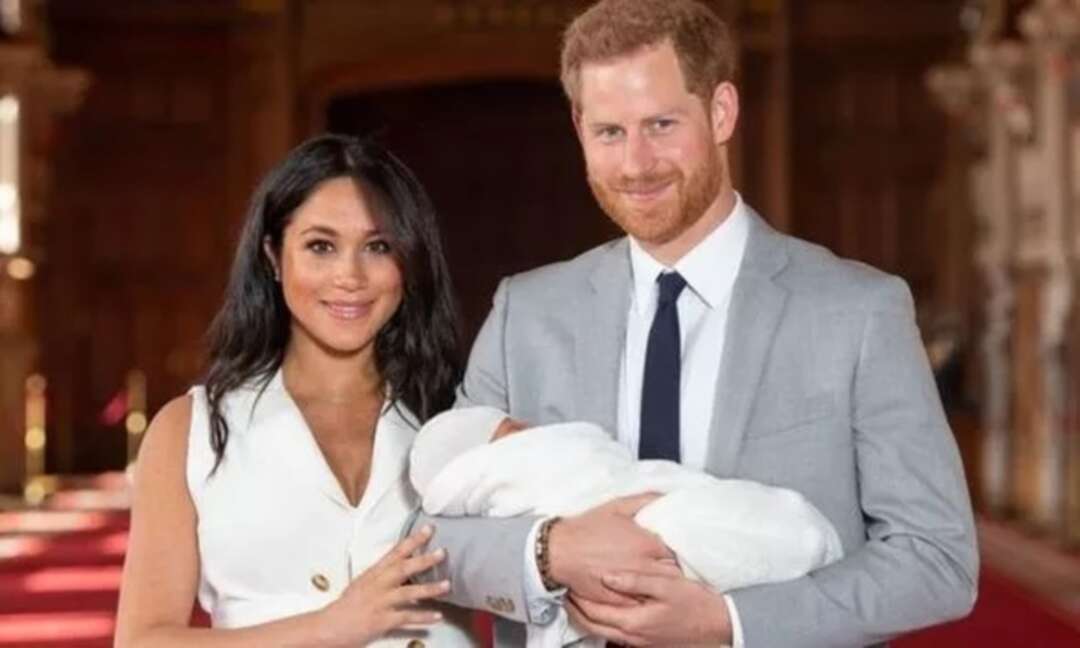 The Express reported that Meghan Markle and Prince Harry are predicted to break several royal traditions with the christening arrangements of their baby daughter Lilibet "Lili" Diana. Harry and Meghan

The media outlet said Royal experts are unsure whether the Sussex couple will return to the UK to organise the service or if they will use the silver gilt font and ceremonial dress that dates back to Queen Victoria.

According to it, the list reported Christine Liwag Dixon said: "Until Prince Edward's son James was born in 2007, all that came before him, including his sister, wore a gown that dated back to 1841 which was commissioned by Queen Victoria.

"All christenings make use of the same silver gilt font and with water drawn from the River Jordan, where Jesus was said to have been baptized. Harry and Meghan

"The christenings of all senior royals are conducted by the Archbishop of Canterbury.

"On christening day, the saved top tier of a royal baby's parents wedding cake is served.

"This is a tradition, Vogue suspects, did not happen at Archie's christening".

The couple's eldest child, Archie Harrison, was baptised on July 6, 2019 by the Archbishop of Canterbury in the private chapel at Windsor Castle.

The service included only 25 guests, with the couple's immediate family and close friends attending. This included the Duke and Duchess of Cambridge, Prince Charles, and Doria Ragland.

In a change from usual protocol, the Duke and Duchess of Sussex decided against releasing the names of Archie's godparents. Harry and Meghan