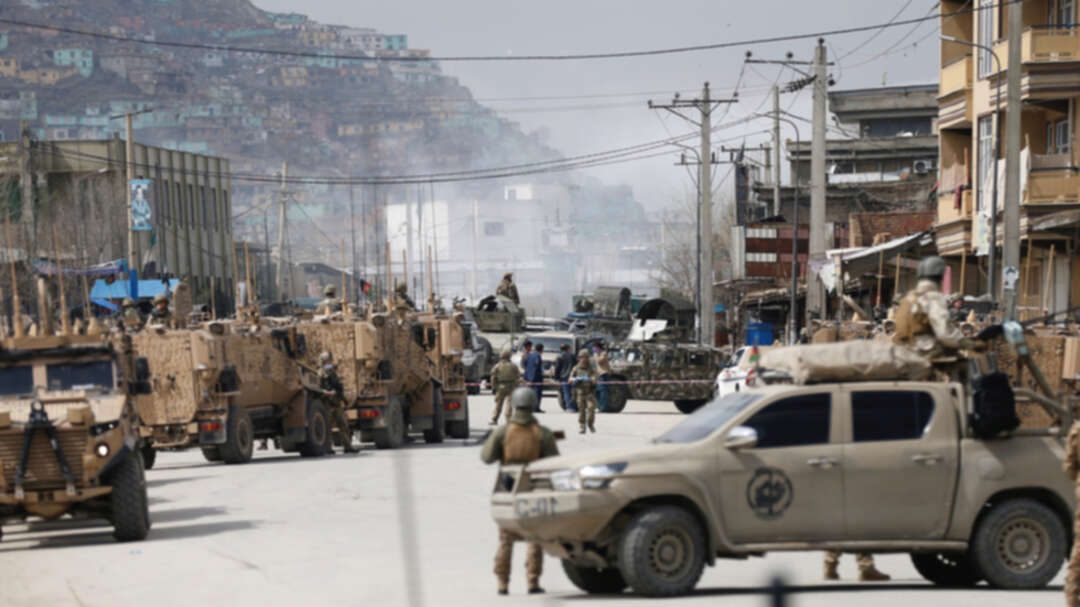 Afghan security forces inspect near the site of an attack in Kabul, Afghanistan March 25, 2020.

Gunmen and suicide bombers stormed a Sikh religious premise in the heart of the Afghan capital’s old city on Wednesday morning. Afghanistan’s Tolo News reports at least 11 people were killed and 11 others injured in the attack. in Afghan capital

One attacker has been shot and three others are still fighting with security forces, the channel reported.

“People are stuck inside the building and

Defense forces arrived at the scene, blocked off the place of worship, known as a ‘Gurdwara’, and engaged in a gun battle with the attackers.

"There are about 150 people inside the temple. Families are living there and they usually gather to offer prayers in the mornings," said Anarkali Kaur Honaryar, a Sikh member of the Afghan parliament.

Islamic State (IS, formerly ISIS) claimed responsibility for the attack.

Sikhs are a small religious minority in Afghanistan numbering less than 300 families. in Afghan capital

The Sikh community was targeted in 2018 when an Islamic State suicide bombing killed more than a dozen people in the eastern Afghan city of Jalalabad. levant