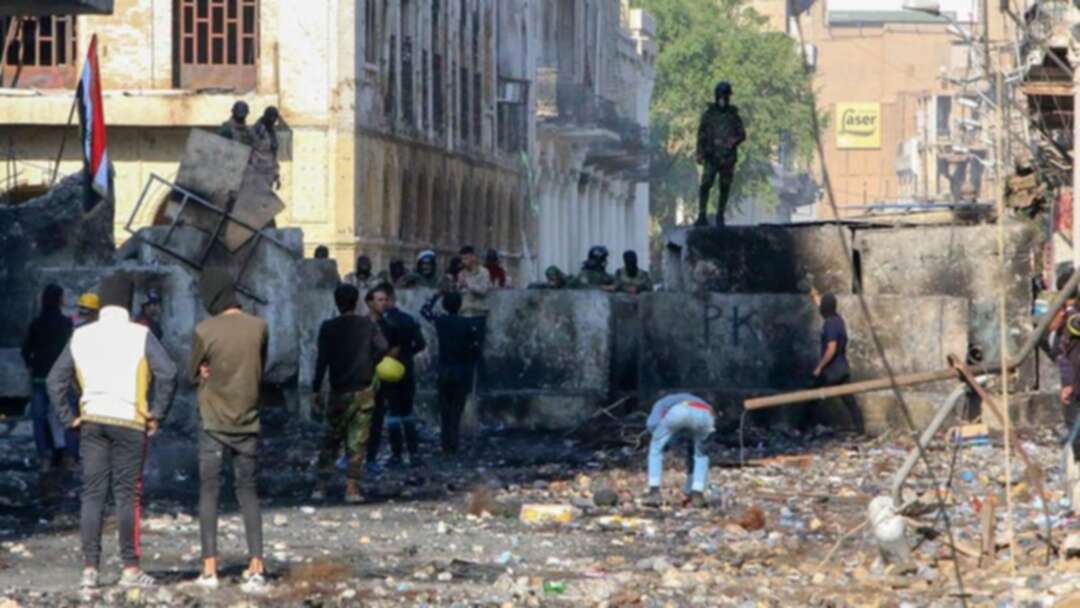 Iraqi demonstrators rally in al-Rashid Street near the central bank in the capital Baghdad amid ongoing anti-government protests, on November 30, 2019. (AFP)

Nine members of the Iraqi security forces have been wounded in a grenade attack at the central bank checkpoint in Baghdad, reported Iraqi TV on Wednesday.

Baghdad Operations Command said that nine of its officers had been injured in the attack, according to Iraqi TV.

The central bank is close to the center of Iraq's capital city, which has been the site of recurring protests since the beginning of October.

The demonstrations prompted the resignation of Prime Minister Adil Abdul Mahdi last week. Politicians have since been discussing the formation of a new government as unrest continues in the capital and the south of the country.