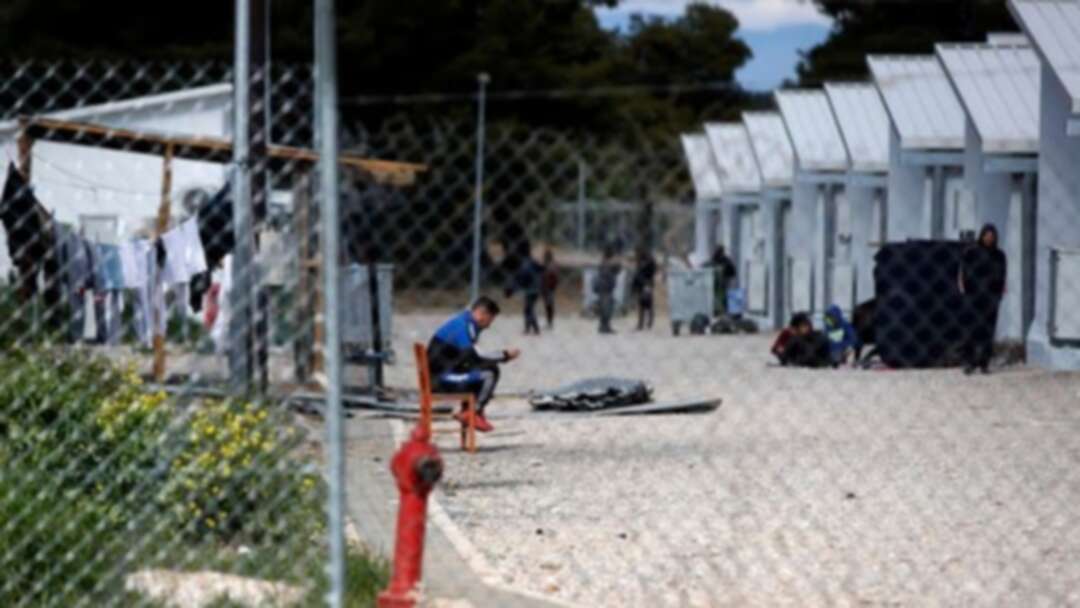 Migrants gather outside their container houses during a quarantine against coronavirus at a refugee camp in Ritsona about 80 kilometers north of Athens. (File photo AP)

Officials in Greece on Sunday placed a second migrant camp near Athens under lockdown after an Afghan resident tested positive for the coronavirus, the migration ministry said. Greek camp

Officials said the camp in Malakasa, some 38 kilometers (24 miles) northeast of Athens, had been placed under “full sanitary isolation” for 14 days, with no one allowed to enter or leave.

The ministry said the 53-year-old Afghan man, who has a prior ailment, had personally sought help with virus symptoms at the in-camp medical facility.

He was subsequently taken to an Athens hospital where he tested positive, and his family was quarantined.

A full screening of the camp is in process, the ministry said.

Among Greek migrant camps, where tens of thousands of asylum-seekers live in dire conditions, there is already an outbreak at a facility in Ritsona near Athens where 23 people have so far tested positive.

Regulations have been announced to keep residents in all camps as far from the local population as possible.

Migration Minister Notis Mitarachi has warned that asylum seekers who attempt to break the lockdown will be prosecuted.

Greece is sheltering some 100,000 asylum seekers, mostly in camps and in hotel rooms and flats.

The worst congestion occurs in camps on five Aegean islands near Turkey where there are over 36,000 people for fewer than 6,100 places.

Specialized medical teams have been deployed to the camps and virus isolation areas and inspection points have been set up.

But social distancing is practically impossible as thousands of refugees and emigrants jostle in the queues for toilets and showers. Greek camp

Authorities over the weekend said they had also tested 176 migrants quarantined on the island of Kea near Athens since mid-March after arriving in a Turkish-flagged freighter that ran aground during a storm.

They will be taken to mainland Greece, the public health organization said, without giving further detail. levant