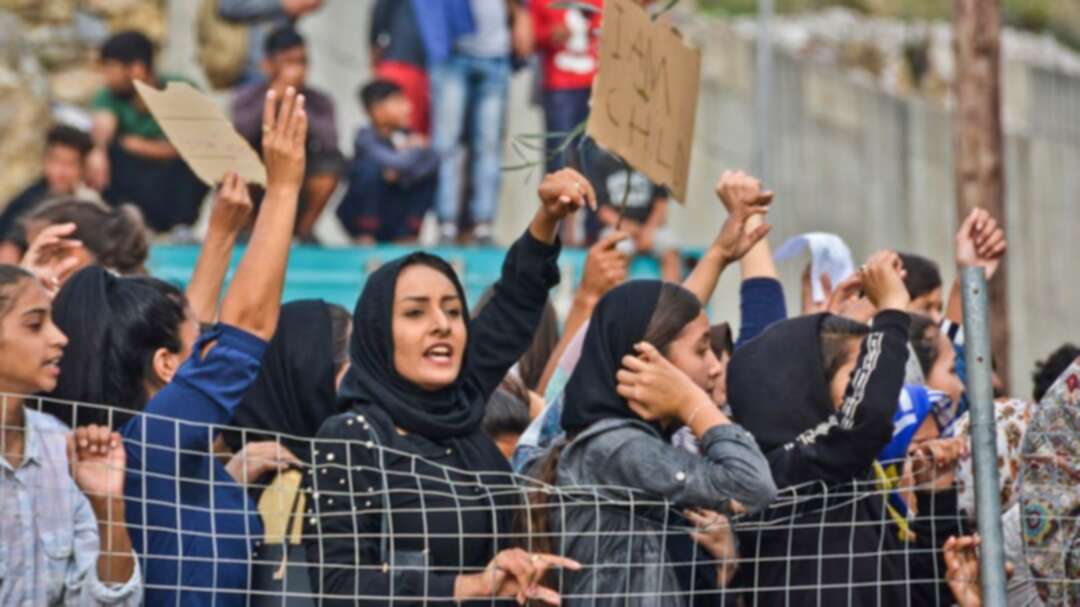 Refugees and migrants protest outside an overcrowded refugee camp on the Greek island of Samos on October 18. (File photo AP)

Greece will shut down its largest three migrant camps on islands facing Turkey, and replace them with new facilities, officials said Wednesday.

The Greek government said it would close existing, badly overcrowded camps on the islands of Lesbos, Chios and Samos, and replace them with new closed facilities with a capacity of at least 5,000 people each.

Greece has been dealing with a resurgence in refugee and migrant flows in recent weeks from neighboring Turkey. Nearly a million refugees fleeing war in Syria and migrants crossed from Turkey to Greece’s islands in 2015.

More than 9,000 people arrived in August, the highest number in the three years since the European Union and Ankara implemented a deal to shut off the Aegean migrant route.

Khamenei says Iran has ‘repelled’ enemy in recent days At least 11 killed, including Iranians, in Israeli airstrikes on Syria: Monitor