At least 11 killed, including Iranians, in Israeli airstrikes on Syria: Monitor 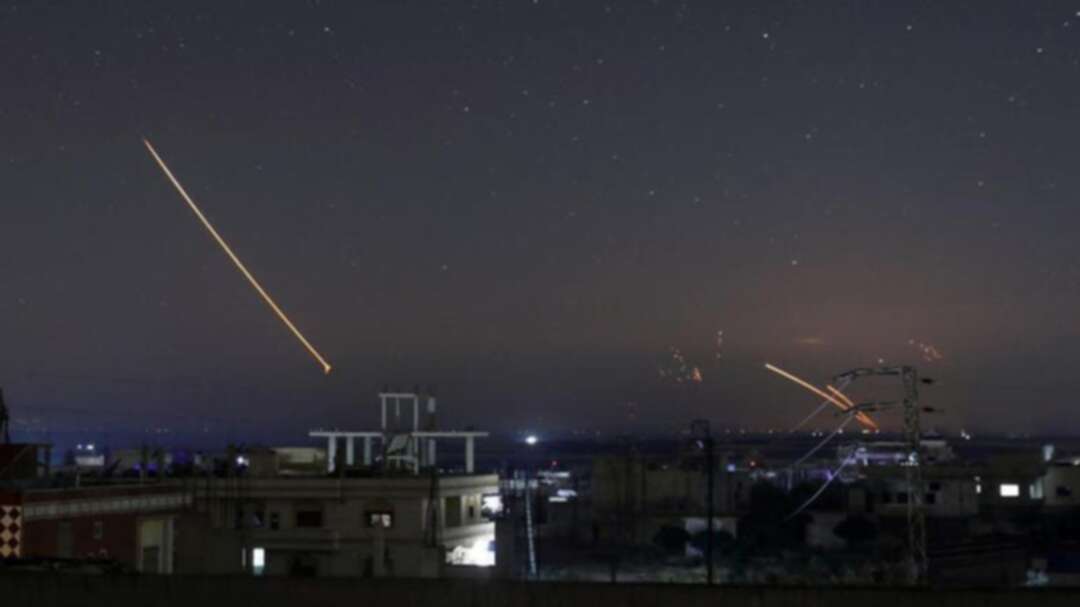 A file photo of an Israeli attack on Syria. (AFP)

At least 11 people, including seven non-Syrians, were killed and several injured after Israeli warplanes fired several missiles targeting the outskirts of Syria’s capital Damascus, the Syrian Observatory for Human Rights reported on Wednesday. The monitor added that among the dead and injured were fighters belonging to regime forces, the Iranian Quds Force and affiliated militias.

Official news agency SANA had reported that the shrapnel from one of the Israeli missiles targeted a house in the town of Saasa southwest of Damascus, killing two civilians- a man and a woman- and injuring several others. It added that the injured were hospitalized and are receiving medical care.

Syria’s air defenses were able to destroy most of the missiles fired by Israeli jets over the capital Damascus before they reached their targets, SANA said, quoting a military source.

“At 1.20 am, Israeli military warplanes fired several missiles from over both the Occupied Golan and Marj al-Eyoun in Lebanon targeting the outskirts of Damascus. And Immediately our air defense systems thwarted the attack, intercepted the hostile missiles and downed most of them before they reached their targets,” Sana quoted that military source as saying.

Meanwhile, the spokesman of the Israeli Defense Forces, Avichay Adraee, said that the Israeli strike targeted “Iranian interests in Syria, including a large command and control headquarters in the Damascus International Airport, as well as a large Shiite militia camp and other logistical targets.”