Government hits back at claims Brexit is stifling exports to EU 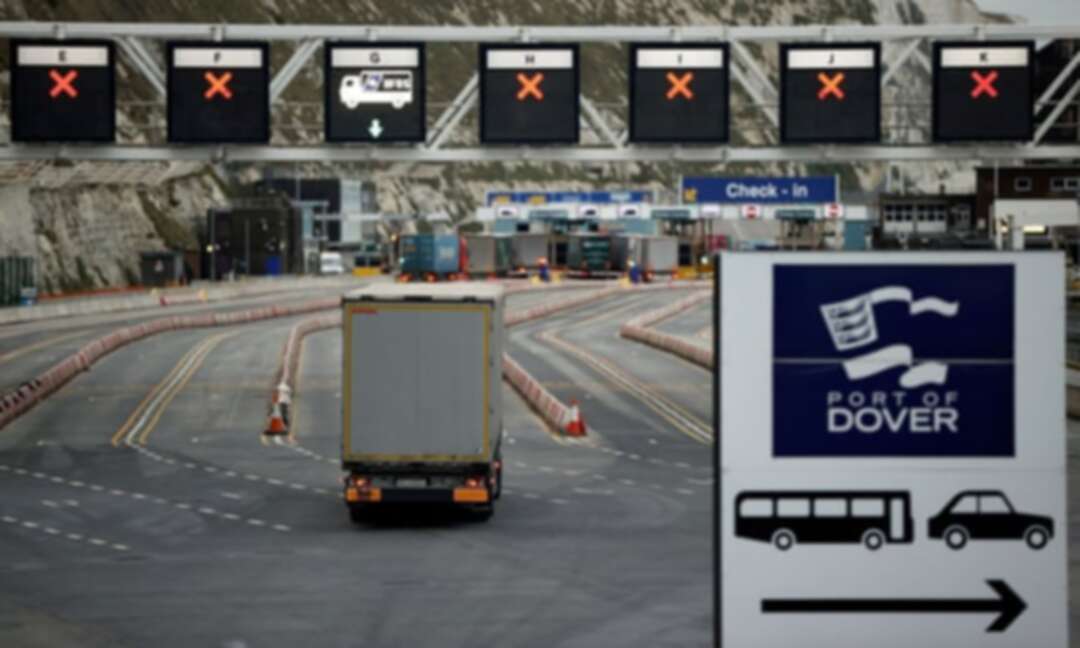 Hauliers say many lorries are travelling back empty from the UK to the EU.

The government has sought to defend its record over Brexit after freight industry leaders claimed exports to the EU had nosedived since the transition period ended on 31 December.

When Boris Johnson announced on Christmas Eve that he had secured a last-minute Brexit deal he insisted there would be “no non-tariff barriers” to trade with the EU.

Exporters, however, are pointing to burdensome extra form-filling and inspections, and a shortage of customs agents to smooth the process – with 10,000 in place against the 50,000 that the haulage industry said was needed.

The Observer revealed at the weekend that the Road Haulage Association (RHA) had written to the Cabinet Office minister, Michael Gove, last week suggesting there had been a drop of as much as 68% in the volume of goods exports passing through UK ports and calling for an “urgent intervention”.

Whitehall sources vehemently rejected that claim, insisting freight flows were up to 95% or even 100% of normal levels on some days in January – though part of the RHA’s argument was that in many cases lorries were travelling back empty from the UK to the EU.

“We don’t recognise these figures at all,” said a Cabinet Office spokesperson, adding: “We know there are some specific issues and we are working with businesses to resolve them.”

A government spokesperson said: “Thanks to the hard work put in by hauliers and traders to get ready for the end of the Brexit transition period, there are no queues at the Short Straits, disruption at the border has so far been minimal and freight movements are now close to normal levels, despite the Covid-19 pandemic.

However, the RHA’s figure was corroborated by Richard Ballantyne, the chief executive of the British Ports Association, who said it was “broadly in line” with his experience since new year.

While the worst disruption has been experienced in Northern Ireland, where shoppers have at times been confronted by empty supermarket shelves, UK exporters from fishing firms to plant nurseries have warned of significant problems.

Shellfish exporters have been taken aback by a ban on the export of unprocessed bivalve molluscs such as oysters and scallops.

The government had hoped the ban could be lifted in April, but the European commission suggested last week that the rule, which applies to imports to the EU from third countries, would be permanent.

Some Brexiters including the Conservative MP John Redwood have argued that the government should support the shellfish industry to sell more of its product to UK consumers.

Meanwhile, the Scottish National party is calling on the government to demand a “grace period” for Scotland, as it has for Northern Ireland, to allow Scottish exporters, including the fishing sector, more time to get used to the new post-Brexit regime.

Gove last week conceded there were “serious problems” with the operation of the new Irish Sea border, and called on the EU to delay until 2023 the application of EU customs and product standards.

The SNP’s Westminster leader, Ian Blackford, said: “Ultimately, the only way to protect Scotland’s economy is to become an independent country and regain the full trading benefits of EU membership. In the meantime, it is crucial that the UK government delivers the immediate support and financial compensation that Scotland requires – including an emergency grace period to mitigate the damage of Brexit.

Gove will be questioned by MPs on the EU scrutiny committee on Monday, along with senior officials from the Cabinet Office transition taskforce.