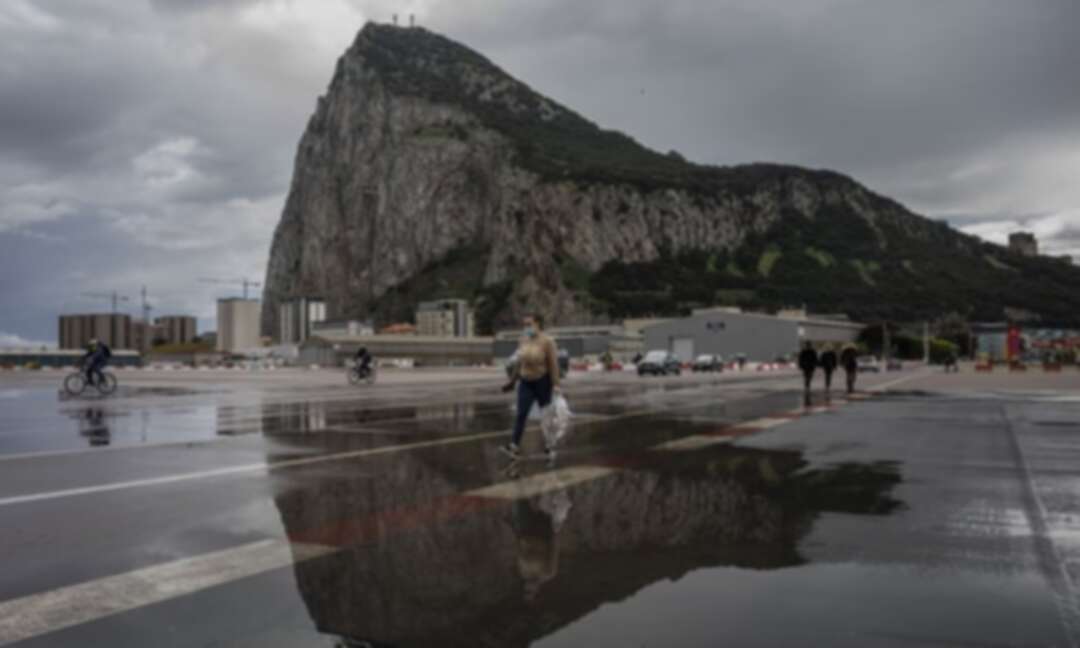 People cross the runway at Gibraltar airport. The island’s chief minister said he had had no discussions with the UK government about its plans.

The governments of Gibraltar and the Isle of Man have said they would not house asylum seekers on behalf of the UK, pouring cold water on proposals expected to be unveiled by Priti Patel next week.

The islands are both under consideration for the home secretary’s plans to send people to processing centres abroad, according to the Daily Mail and the Times, as part of a broader overhaul of the asylum system labelled “sovereign borders”.

The chief minister of Gibraltar, Fabian Picardo, said he had had no discussions with anyone from the UK government and had written to Patel to confirm the reports were “groundless”, while an IoM source said there were “no foundations” to the reports.

Picardo said: “Immigration is an area of my responsibility as chief minister under the Gibraltar constitution and I can confirm that this issue has not been raised with me at any level. I would have made clear this is not an area on which we believe we can assist the UK.”

Other islands off the British coast, including Scottish isles, are reportedly under consideration, as are countries including Turkey.

Discussions have been held with a number of countries outside the EU about taking people in return for cash, similar to a controversial scheme operated by Australia, the reports suggested.

The reports follow a series of leaks last year suggesting the UK government was considering a number of Australian-style policies, including sending asylum seekers to be processed on Ascension Island, more than 4,000 miles from the UK, which has echoes of Australia’s controversial Manus Island and Nauru offshore detention centres.

A Home Office source said: “Whilst people are dying making perilous journeys we would be irresponsible if we didn’t consider every avenue.”

However, the source played down reports that destinations being considered included Turkey, Gibraltar, the Isle of Man or other British islands, saying this was “all speculation”.

Immigration experts criticised the latest proposals as ineffective and inhumane.

Mike Adamson, the chief executive of the British Red Cross, said: “Offshoring the UK’s asylum system will do nothing to address the reasons people take dangerous journeys in the first place and will almost certainly have grave humanitarian consequences.”

He added: “From the children rescued by the Kindertransport to those displaced by the decade-long conflict in Syria, providing sanctuary in the heart of our communities is what’s needed for people fleeing conflict and persecution and should be a key feature of global Britain as a force for good. Being housed in facilities offshore is the opposite of that.”

Sonia Lenegan, the legal director at the Immigration Law Practitioners’ Association, said: “The home secretary says that she wants to stop people smugglers putting people’s lives at risk, but the risk of harm in the government’s proposals is immense.

“Lives have been lost in both Manus Island and Nauru offshore detention centres, along with a very high level of suicide attempts and self-harming incidents. This is not a safe option, and it will be the government putting refugees’ lives at risk instead of people smugglers.

“Offshore processing is also hugely expensive, and we have seen how third countries can use these arrangements to their political advantage, such as when Turkey threatened the EU with opening its borders in February last year.”

Enver Solomon, the chief executive of the Refugee Council, said: “We know from the Australian model that offshore detention leads to appalling outcomes including high levels of self-harm and mental illness.

“It is an inhumane policy that undermines our nation’s proud tradition of providing protection to people fleeing persecution and terror, many of whom have gone on to work as doctors and nurses in the NHS.”

Opposition politicians rounded on the proposals.

Nick Thomas-Symonds, the shadow home secretary, said: “The Tories are lurching from one inhumane, ridiculous proposal to another.

“Last year, they were talking about creating waves in the English Channel to wash boats back and buying ferries and oil rigs to process asylum claims. These absurd ideas show the government has lost control and all sense of compassion. Ministers must act to reopen safe routes, as promised, and deliver the promised agreement with France.”

The Scottish National party’s immigration spokesperson, Anne McLaughlin, said: “Already facing widespread criticism over housing asylum seekers in dilapidated military barracks, the home secretary has hit a new low with her plans to ship asylum seekers to remote island detention centres and punish asylum seekers simply based on how they arrive – a desperate rehash of a failed New Labour policy from 20 years ago.

“It is disturbing that any government – particularly the UK government – is considering replicating the widely condemned Australian asylum system. Following through on these plans would potentially breach the UK’s obligations under human rights laws and the 1951 refugee convention. The fact that the Tories are considering them speaks volumes.”

The government believes sending migrants to third countries for processing would be compliant with the European convention on human rights, according to reports.

The Times said the legislation would include life sentences for people smugglers and the establishment of migrant reception centres on government land, with many now being housed in hotels.

Supreme court to hear challenge to UK's voter ID trial in 2019 election Nowruz; a time for revitalization and hope for better days