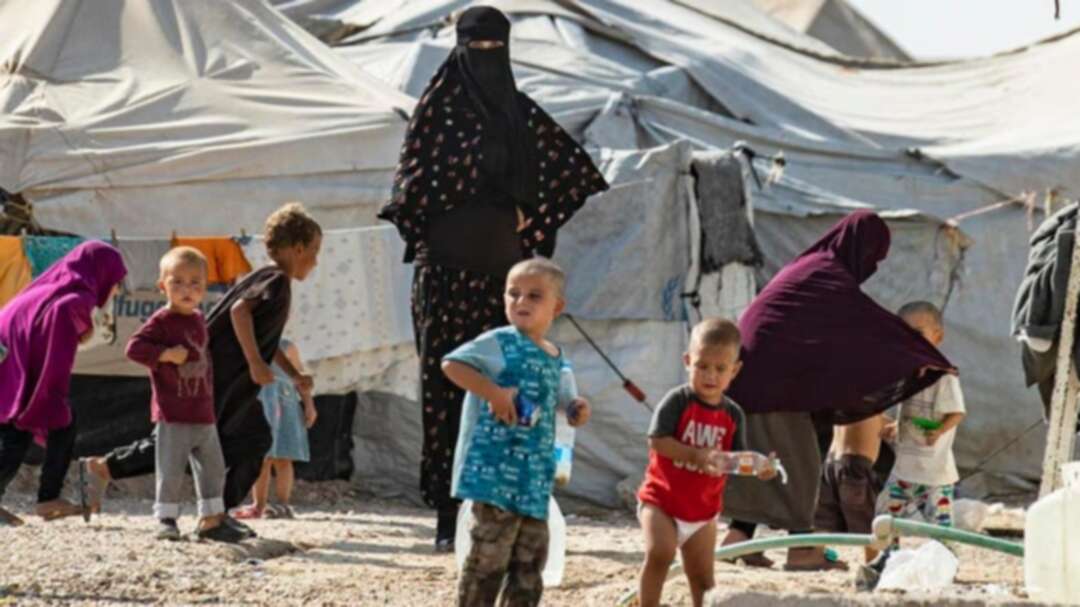 Women look after children at the Kurdish-run al-Hol camp for the displaced where families of ISIS foreign fighters are held, in the al-Hasakeh governorate in northeastern Syria, on October 17, 2019. (AFP)

Germany will repatriate for the first time a suspected member of ISIS and her children from a prison camp in northern Syria, the German foreign ministry said on Friday.

“We can confirm that three German children who were being held in northern Syria were able to travel to Iraq with their mother today. To our knowledge, all of them will travel on to Germany from there,” a foreign ministry source told AFP.

The foreign ministry did not identify the ISIS suspect, but Spiegel magazine named her as Laura H., 30.

The weekly reported that the ministry was able to secure her return after weeks of negotiation with the help of an American aid organization.

According to the magazine, German authorities had been investigating the suspect since 2016 on suspicion of belonging to a terror organization and neglect of her children.

H. is believed to have traveled to Syria from Giessen in western Germany in March 2016, and to have joined ISIS that summer.

She and her children have reportedly been held in the notoriously overcrowded Al Hol camp in northern Syria since December 2018.

The camp, which is run by the Kurdish militia YPG, hosts more than 70,000 refugees from Iraq and Syria and is the subject of continuing concern from aid agencies.

German security sources believe that around 80 German ISIS members are still in Syrian camps or prisons.