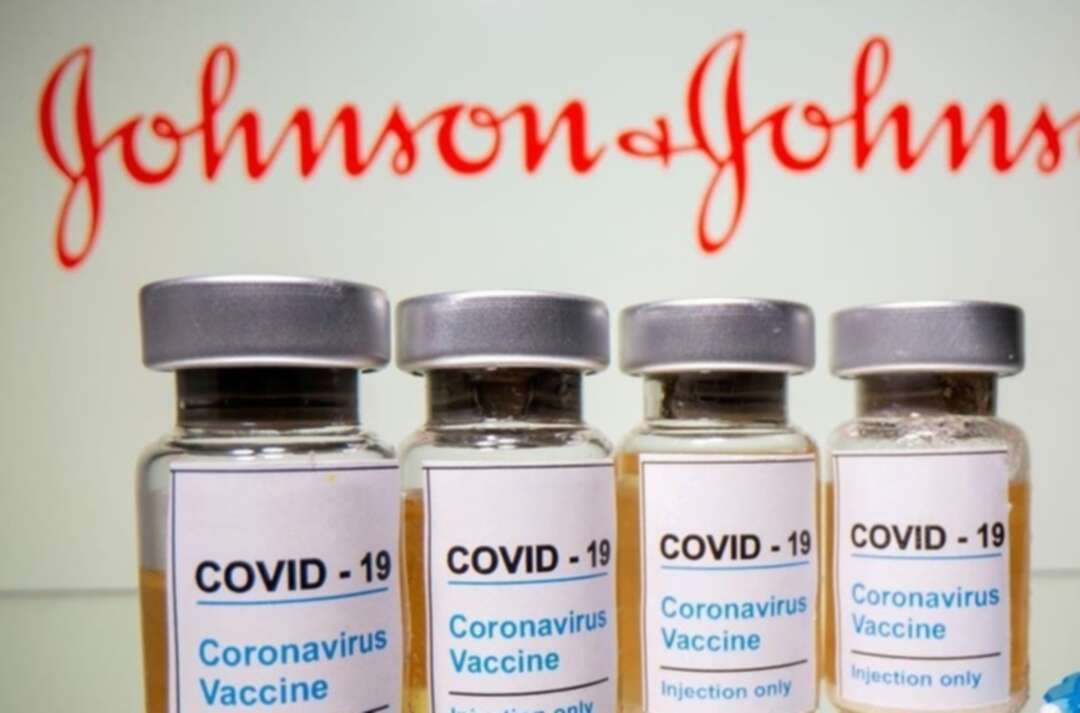 Vials and medical syringe are seen in front of a displayed Johnson & Johnson logo in this illustration taken October 31, 2020. (File photo: Reuters)

Germany is to make Johnson & Johnson’s COVID-19 vaccine available to all adults, Health Minister Jens Spahn said on Monday, adding that they will be able to receive the shot on the advice of a doctor.

Europe’s drug regulator backed J&J’s vaccine last month after examining cases of a rare blood clotting issue in US adults who received a dose. But it left it up to the European Union’s member states to decide how to use it.

Germany’s move to offer the J&J single-dose vaccine widely follows the lifting of restrictions last week on the AstraZeneca vaccine.

The AstraZeneca shot had been earmarked for people aged over 60 following similar reports of very rare but sometimes fatal clotting events in younger people, with women disproportionately affected.

The decisions reflect Germany’s progress in vaccinating its seniors, Spahn said, adding he expected everyone aged 60 and above who wanted to be vaccinated to be offered a shot by late May or early June.

With millions of J&J doses due to arrive later in the second quarter of this year, it made sense to make the shot more widely available, he added.

Spahn forecast that 10 million doses of the J&J shot were expected to arrive in Germany by the end of the second quarter.