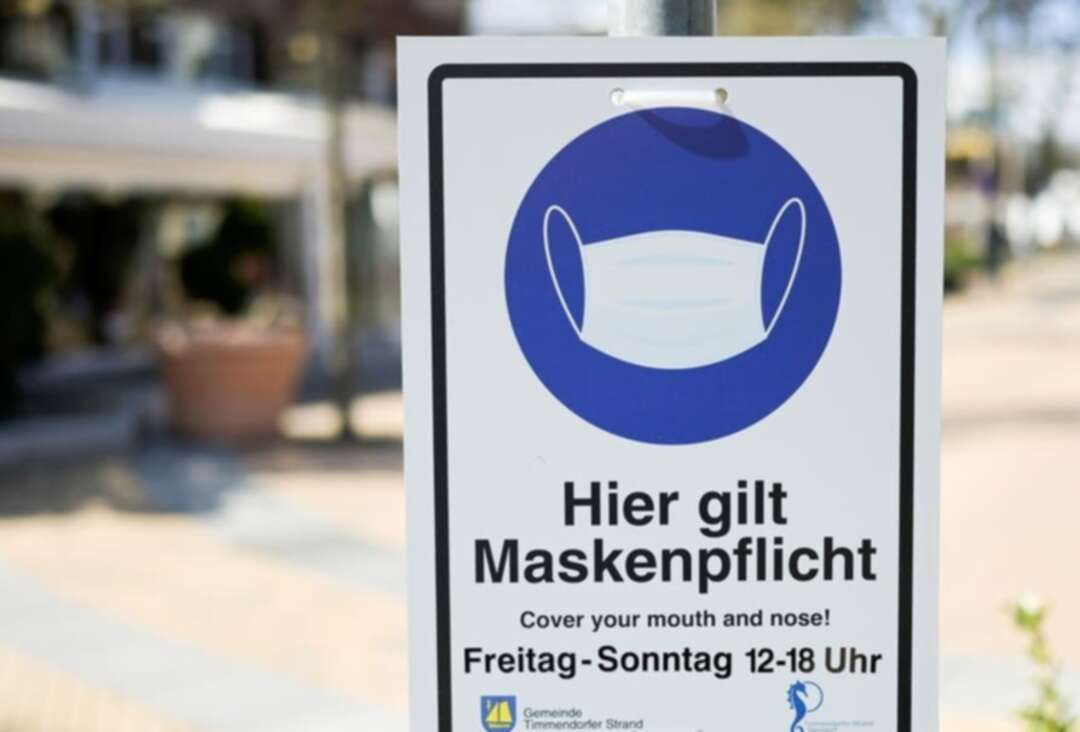 A sign reading "Entering the area only with mask" is seen amid the coronavirus disease (COVID-19) pandemic in downtown Timmendorfer Strand, Germany April 13, 2021. (File photo: Reuters)

The number of confirmed coronavirus cases in Germany jumped on Thursday by 29,426 to 3.073 million, the biggest increase since Jan. 8 as the government seeks to push through tougher nationwide curbs to try to contain a third wave of the virus.

The reported death toll rose by 293 to 79,381 while the number of new infections per 100,000 residents over seven days rose to 160.1, data from the Robert Koch Institute for infectious diseases showed.

Germany is grappling with a more transmissible variant of COVID-19 five months before a national election in which Chancellor Angela Merkel’s conservatives are forecast to suffer major losses.

Frustrated by a failure of some regions to implement tougher restrictions despite rising cases, Merkel wants parliament to grant the federal government temporary powers to enforce coronavirus lockdowns in areas with high infections.

On Thursday, Vice Chancellor Olaf Scholz defended the changes to the Infection Protection Act which include curfews once the seven-day virus incidence exceeds 100,000.

“This has helped everywhere, it has been done in many countries around the world - and it has brought the incidence rates down,” he told ARD television, adding something had to be done to limit the spread of the virus.

“We want to have strict rules.”