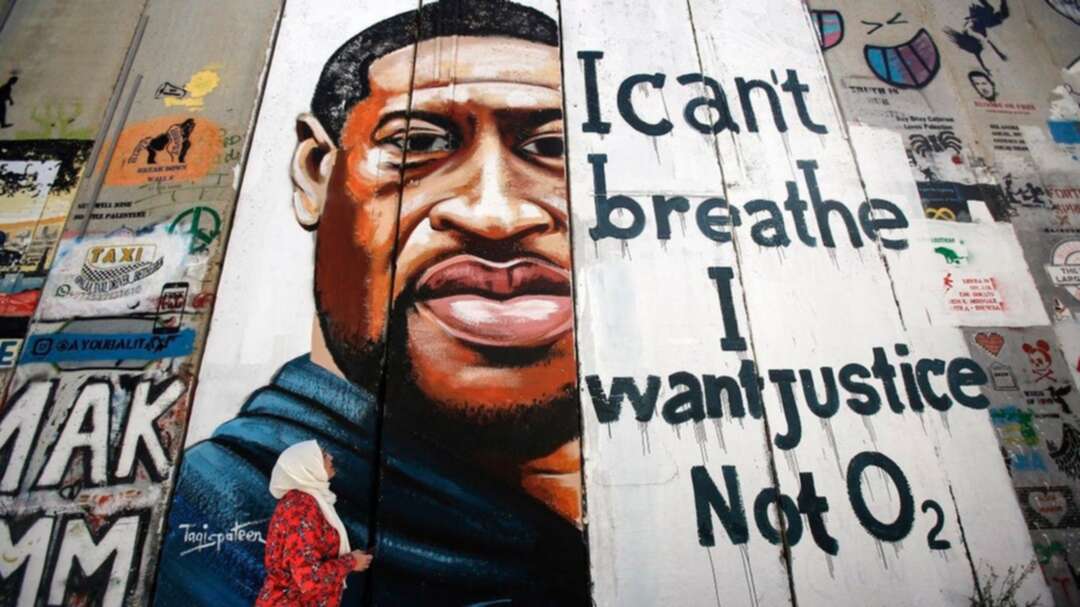 A woman looks at a mural showing the face of George Floyd painted on a section of Israel's controversial separation barrier in the city of Bethlehem in the occupied West Bank on June 10, 2020. (AFP)

The city of Minneapolis on Friday agreed to pay $27 million to settle a civil lawsuit from George Floyd’s family over the Black man’s death in police custody, as jury selection continued in a former officer’s murder trial.

Council members met privately to discuss the settlement, then returned to public session for a unanimous vote in support of the massive payout. It easily surpassed the $20 million the city approved two years ago to the family of a white woman killed by a police officer.

Floyd family attorney Ben Crump called it the largest pretrial settlement ever for a civil rights claim, and thanked city leaders for “showing you care about George Floyd.”

Even though my brother is not here, he’s here with me in my heart,” Philonise Floyd said. “If I could get him back, I would give all this back.”

L. Chris Stewart, another attorney who worked with the family, said the size of the settlement “changes evaluations and civil rights for a Black person when they die.”

“And what happens is that trickles down to decisions in the communities across this country. When there is a city council or a mayor deciding, 'Oh, should we get rid of no-knock warrants, should we get rid of chokeholds, do we want to change these policies?’ They have 27 million reasons now why they should. And that will make decisions happen. That will make accountability happen.”

The settlement includes $500,000 for the south Minneapolis neighborhood that includes the 38th and Chicago intersection that has been blocked by barricades since his death, with a massive metal sculpture and murals in his honor. The city did not immediately say how that money would be spent.