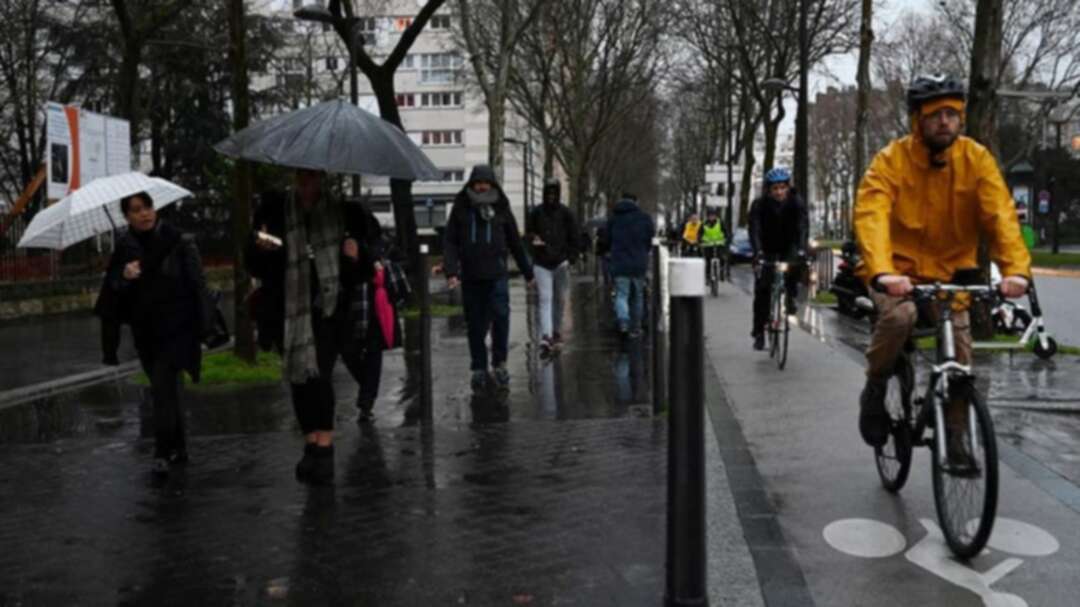 People ride bicycles and walk in the rain in Porte de Vanves in Paris, on December 16, 2019, during a strike of Paris' public transports operator RATP and of the French state railway company. (AFP)

A halt in production has started on Sunday at PetroIneos’ 210,000 barrels-per-day Lavera oil refinery in southern France after CGT union workers voted to stop production as part of protests over pension reform, a union official said.

Emmanuel Lepine, secretary general of the CGT’s oil branch, told France Info radio on Sunday evening that CGT union workers at other refineries in France will vote on Monday whether to halt production at their plants.