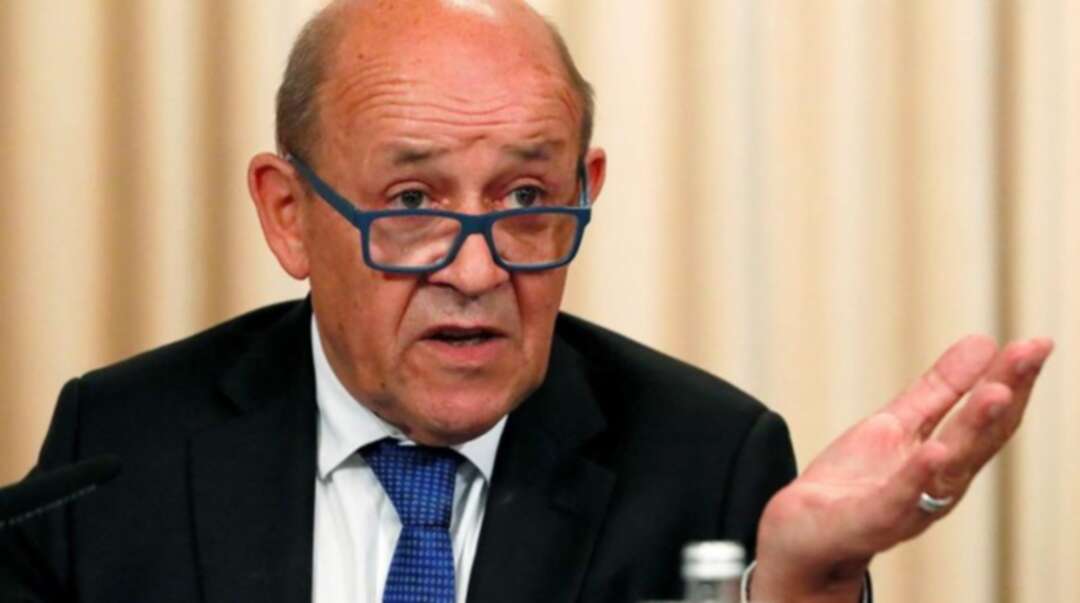 French Foreign Minister Jean-Yves Le Drian said Wednesday he would discuss a judicial framework for putting extremists on trial during a visit to Iraq, as calls grow for an international court to judge them.

"We need to work things out with the Iraqi authorities so that we can find a way to have a judicial mechanism that is able to judge all these fighters, including obviously the French fighters," he told BFM-TV.

"A certain number of those held in Syria by the Kurds committed crimes in Iraq, which means that they can be held accountable there," he said.

Seven European countries -- France, Britain, Belgium, Germany, the Netherlands, Sweden and Denmark -- have been discussing in recent months the creation of an international court in Iraq for putting foreign ISIS extremists on trial.

Officials from all seven countries took part in a technical mission to Baghdad to assess the situation.

They said they had learned from the Iraqi authorities about "the daunting task they are facing in bringing ISIS to justice and rebuilding the society."

A major issue will be Iraq's use of the death penalty, which is outlawed throughout the EU.

Hundreds of foreigners have been sentenced to death or life imprisonment in Iraq for belonging to ISIS.

A dozen French extremists held by Kurdish forces in northern Syria were already handed over to the Iraqi authorities at the end of January to be put on trial, though Le Drian said further transfers were not planned at the moment.

Eight French citizens have been sentenced to death in Iraq but none of the executions have been carried out.

The technical mission said it had reiterated opposition to the death penalty "in all places and in all circumstances" to the Iraqi authorities.

There have been concerns that the Turkish offensive in northern Syria targeting Kurdish forces could lead to a mass prison breakout of extremists captured by the Kurds.

But Le Drian said the security of Kurdish-run prisons holding suspected extremists in northern Syria was "currently" not threatened by the Turkish military operation.

"To my knowledge, the Turkish offensive and the positioning of the SDF (Syrian Democratic Forces) have so far not led to the safety and security of these camps... currently being threatened," he said.

Turkey on Monday accused Kurdish forces of deliberately releasing ISIS prisoners held at a prison in the Syrian border town of Tal Abyad "in an attempt to fuel chaos in the area".

Le Drian said women who had joined ISIS should also face justice in the region, although Paris would look to bring back children.

“The French women who went to this region in 2015 knew what they were doing. They aren’t tourists. They are fighters against France and must face trial (in Iraq) if possible,” he said.