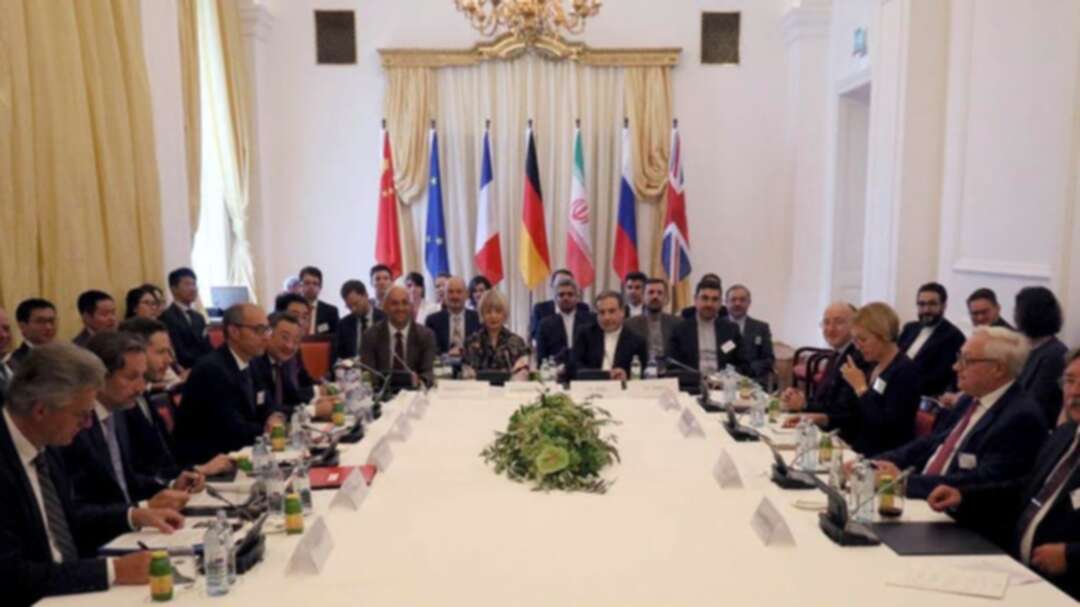 A Comprehensive Plan of Action (JCPOA) ministerial meeting on the Iran nuclear deal on July 6, 2018 in Vienna, Austria. (AFP)

France, Britain, and Germany confirmed on Tuesday that they had triggered the dispute mechanism in the Iran nuclear deal given its ongoing violations, but said they were not joining the United States campaign to exert maximum pressure on Tehran.

“We have therefore been left with no choice, given Iran’s actions, but to register today our concerns that Iran is not meeting its commitments under the JCPoA (Iran deal) and to refer this matter to the Joint Commission under the Dispute Resolution Mechanism, as set out in paragraph 36 of the JCPoA,” the three European states said in a joint statement.

In one of the strongest calls yet from Europe for a new agreement to replace the 2015 deal that Washington abandoned two years ago, British Prime Minister Boris Johnson said the way forward was to agree a new “Trump deal.”

Washington’s European allies have tried to keep the nuclear agreement from collapsing since President Donald Trump pulled the United States out of it in 2018. Under the agreement, international sanctions against Iran were lifted in return for Tehran agreeing to curbs on its nuclear program.

But Washington has reimposed sanctions, denying Iran most of the economic benefits. Iran has responded by gradually exceeding many of the limitations it had signed up to in the deal. This month it said it would abandon limits on its production of enriched uranium, a step the Europeans said was likely to force them to respond.

Under the mechanism outlined in the deal, the EU would then inform the other parties - Russia and China as well as Iran itself. There would then be 15 days to resolve the differences, a deadline that can be extended by consensus.

The process can ultimately lead to a “snapback” - the reimposition of sanctions in place under previous UN resolutions.