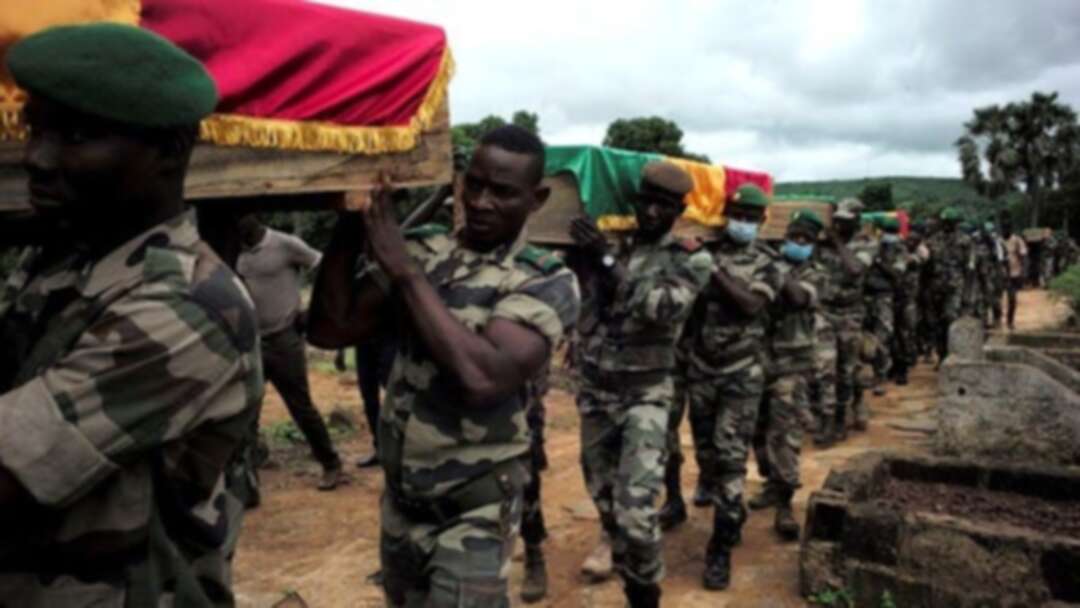 File photo of soldiers carrying flag-draped coffins of the 10 comrades, that the army said were killed in militant attacks in Gueri town, during an honor ceremony at the army headquarters in Kati, Mali, on September 6, 2020. (Reuters)

Four United Nations peacekeepers were killed and five wounded in central Mali on Wednesday after a convoy struck an explosive device and came under fire, the UN said.

It was not clear who carried out the attack about 20 km (12 miles) north of the town of Bambara-Maoudé in the Timbuktu region.

Islamist groups linked to al-Qaeda and ISIS operate in the region and have made much of the West African country ungovernable.

The UN mission in Mali, known as MINUSMA, said in a statement on Wednesday that three peacekeepers had been killed and six wounded in the attack. A MINUSMA spokesman said on Thursday that a fourth had since died.

The dead peacekeepers were from Ivory Coast, the country’s defense ministry said in a statement.

MINUSMA has over 13,000 troops to contain violence caused by armed groups in the north and center of the country. The mission has recorded about 230 fatalities since 2013, making it the deadliest of the UN’s more than dozen peacekeeping missions.

Greece calls on EU to ensure Turkey takes back over 1,000 migrants US lawmakers who refuse to walk through metal detectors will be fined