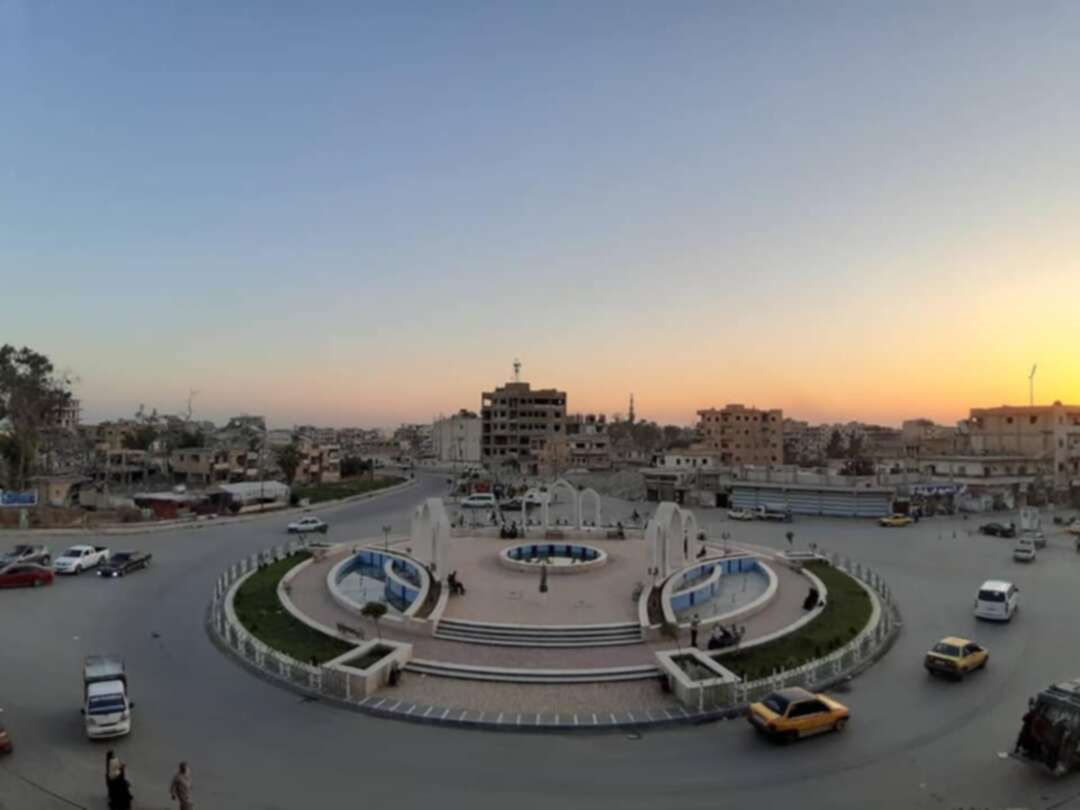 The Arab News reported according to AFP that only a few years ago, Al-Naim square was the grim stage for Raqqa's public executions. Today, Nader Al-Hussein sits in its new arched design, waiting for his date to arrive.

"This is the best meeting point for lovers, families and friends," the 25-year-old says, sitting on one of the rare public benches in the bustling, war-ravaged north Syria city.

Hussein says: "Before, we used to avoid passing near it so that we wouldn't see blood and horror."

The Al-Naim (Paradise) traffic circle was anything but heavenly when Daesh reigned over Raqqa, its former de facto Syrian capital, between 2014 and 2017.

Residents dubbed it the "roundabout of hell."

Extremists flaunted their implementation of Shariah law in the square, carrying out flagellations, crucifixions and even decapitations on those deemed apostates or criminals. 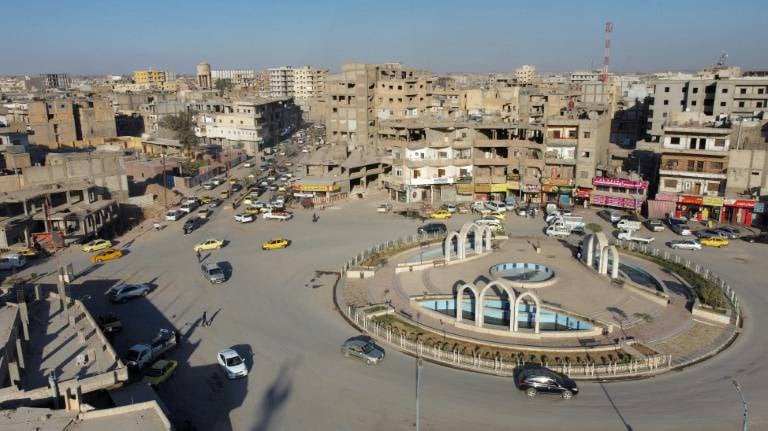 Their marauding morality police made it impossible for lovers to meet, even in private, without risking death.

Hussein says: "I never dared to meet with my girlfriend in person; we used to speak only over the phone, out of fear that we may be stoned as punishment."

Two years after Daesh was declared defeated in Syria, the revamped square is a far cry from the barren dirt mound that hosted some of the jihadist group's most repulsive acts.

Arched columns have been built around a new central fountain, replacing the metal fence on whose spikes a Daesh executioner once impaled the heads he had just severed before posing for a picture.

Benches have been placed near elliptical side pools.

At night, multicolored laser lights turn the square into a rare attraction amid the drab and ghostly concrete jumble of the city, four years after Daesh left.

The roundabout is central and ringed by cafes and restaurants, making it a popular spot for families and couples alike.

"Al-Naim square has turned from hell into paradise ... even lovers come here now," says 24-year-old Manaf, declining to provide his surname and adding that he visited it often.

Around him, children dash between benches while men and women chat and snap photos. Laughter rises from a picnic spot as street vendors selling red heart-shaped balloons mill about.

In a scene unimaginable just four years ago, Mohammad Al-Ali, 37, and his wife sit side-by-side, looking out for their three children as they play around one of the empty pools.

He said.: "We never brought the kids here so that they wouldn't see decapitated heads hanging."

"But today, the square is a space for families and children."

Life is slowly picking up in Raqqa, where leveled buildings and traces of Daesh insignia provide stark reminders of the dark era of jihadist rule.

It was here that Daesh stoned people to death and auctioned off women from the Yazidi minority as slaves.

A few kilometers away from Al-Naim square, another infamous yet smaller roundabout used by Daesh for executions has also regained its bustle, largely owing to its location near a popular market.

For some, however, a shadow still hangs over the place known as "clock-tower square."

"This roundabout reminds us of the tragedy we lived ... it reminds us of death and suffering," says Ahmad Al-Hamad, who was passing the square on his wheelchair on the way to the grocer's.

He says: "We used to see the severing of heads and hands, and executions carried out using swords."

Read more: World powers meet in France to push for elections in Libya

Several of Hamad's own relatives were beheaded in the square.

He says: "We used to be scared of even passing near it."

The situation is similar at the nearby Al-Dallah roundabout, named after a large-scale reproduction of a traditional Arabic coffee pot that adorns its centre.

Also a former Daesh punishing ground, Raqqa residents have since dubbed Al-Dallah as "the workers' square," in reference to the day laborers who usually dot its sidewalks in the hope of being picked up for odd jobs.

Abdel Majid Abdallah, one of the workers, says he could never forget how Daesh used to display prisoners in cages at the roundabout.

The 35-year-old says: "But today it's a place where we come to earn a living."