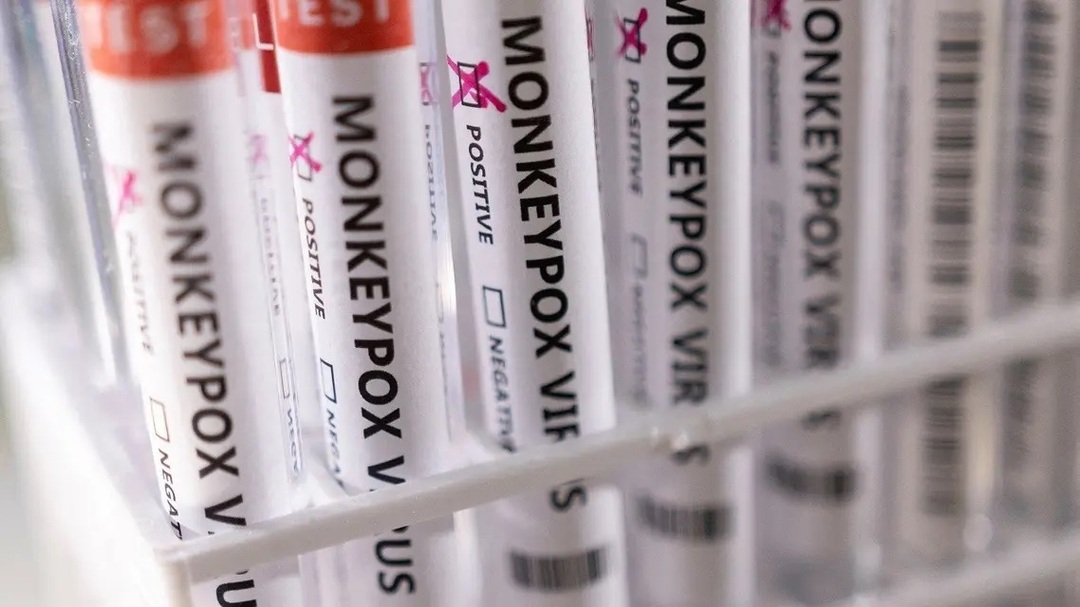 Test tubes labeled “Monkeypox virus positive” are seen in this illustration taken on May 22, 2022. (Reuters)

Thousands of foreigners, including Americans are flocking to Montreal to get monkeypox shots, as the vaccine in short supply in the United States.

Canada's second-largest city, located about 70 kilometers (43 miles) north of the US border in Quebec province, has decided to make the vaccine available to all those who consider themselves to be at risk, the AFP reported, according to the al-Arabiya English.

Robb Stilson, an art director from Denver, Colorado, took advantage of the opportunity during a visit to Montreal last week.

"It's very difficult in the States to get vaccinated," Stilson said as he lined up to get a shot at a pop-up vaccination center together with his husband and two daughters. "I've friends who have waited 8 or 9 hours to get in."

Because contact tracing is difficult, authorities in Montreal decided to offer the vaccine to all those who are at risk to stem the spread of the virus.

"As tourists, they may participate in activities that may expose them and so in a way, we're combatting the pandemic by letting them become vaccinated here so that they don't transmit the infection either here or when they go back home," Donald Vinh, infectious disease specialist at the McGill University Health Center, told AFP.

Since the vaccination campaign was launched in mid-May, as soon as the first cases of monkeypox were detected, Montreal has inoculated 18,500 people, 13 percent of them foreigners.

The goal is to administer 25,000 doses and vaccinate some 75-80 percent of the population deemed to be at risk, in particular men who have sex with men or with multiple partners.

In the western province of British Columbia, health authorities decided last week they will no longer offer the vaccine to foreigners citing limited supplies and the fact that it was becoming more available in the United States.

Faced with a lack of available doses, American health authorities on Tuesday authorized a new injection procedure which will make it possible to inoculate five times the number of people with the same amount of the drug.

As of August 11, Canada has registered 1,059 confirmed cases of monkeypox, but authorities see signs of infections beginning to slow.

Salman Rushdie 'news is not good'; he is on ventilator after stabbing UK train drivers launch weekend strike over pay