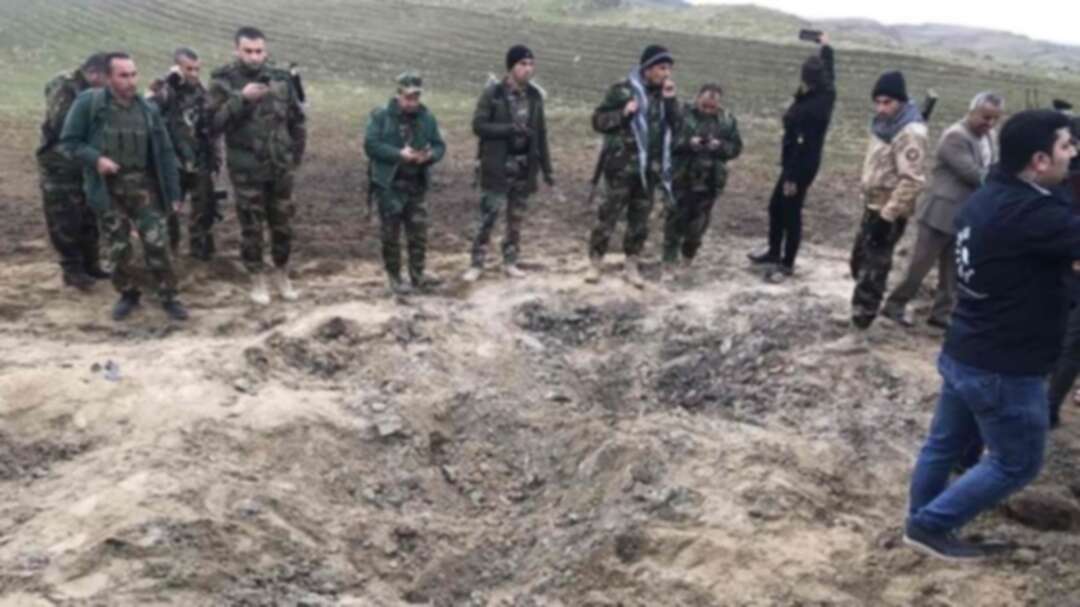 Dominic Raab has condemned a ballistic missile attack by Iran on air bases in Iraq where coalition forces, including British personnel, are stationed.

The foreign secretary urged Iran not to repeat "reckless and dangerous attacks" after strikes on bases in Irbil in the north, and al Asad, west of Baghdad.

The Ministry of Defence said there were no UK casualties.

Iran's Revolutionary Guard said the action was in retaliation for the death of General Qasem Soleimani on Friday.

He was killed outside Baghdad airport in a missile strike ordered by US President Donald Trump.

Mr Raab said he was concerned by reports of casualties and a war in the Middle East would only benefit terrorist groups.

Speaking on BBC Breakfast, Brexit Secretary Stephen Barclay stressed that all parties in the crisis "need to de-escalate".

Mr Barclay added that Prime Minister Boris Johnson would be updating the House of Commons later, and would also discuss the situation at a meeting with EU Commission President Ursula von der Leyen on Wednesday. 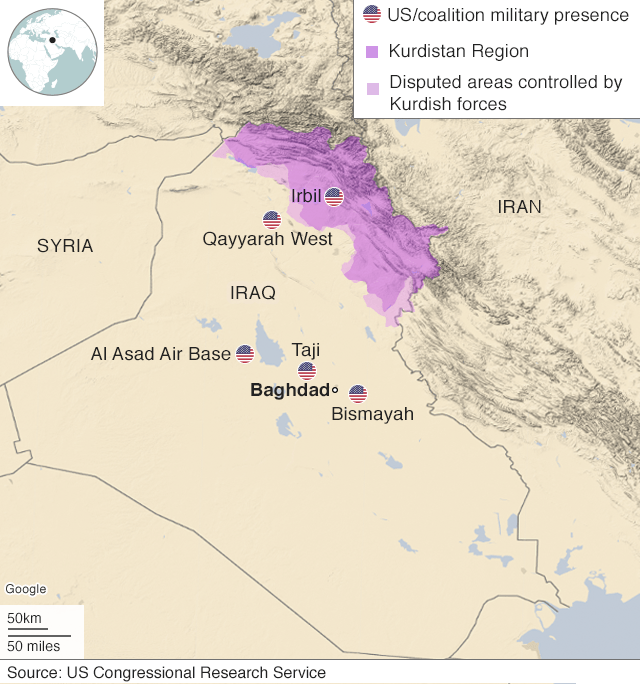 Iran's Supreme Leader Ayatollah Khamenei described the attack as "a slap in the face" for the US.

While chief of staff of Iran's regular military, Maj Gen Mohammad Baqeri, said the missile attack showed just a "small part" of the capabilities of the Iranian armed forces.

But Iran's ambassador to the UK, Hamid Baeidinejad, said in a statement on Twitter that the attack was an act of self-defence and the country "does not seek escalation or war".

The US president tweeted "all is well" following the strikes, adding that casualties and damage were being assessed and that he will make a statement on Wednesday morning.

More than a dozen missiles were fired from Iranian territories into Iraq at about 02:00 local time on Wednesday (22:30 GMT, Tuesday).

The al Asad airbase - located in the Anbar province of western Iraq - was hit by at least six missiles.

There are around 400 UK troops stationed in Iraq, primarily to assist Iraqi troops in defeating IS.

A Ministry of Defence spokesman added: "We are urgently working to establish the facts on the ground. Our first priority continues to be the security of British personnel."

Police in the UK are "extremely alert" to any impact the crisis in Iran may have in Britain, the Metropolitan Police commissioner has said.

Dame Cressida Dick told LBC radio that the head of UK counter-terror policing Neil Basu has spoken with the security agencies and government bodies about the situation.

The general - who controlled Iran's proxy forces across the Middle East - was regarded as a terrorist by the US government, which says he was responsible for the deaths of hundreds of American troops and was plotting "imminent" attacks.

On Tuesday, the UK put the Royal Navy and military helicopters on standby in the Gulf amid the rising tensions in the Middle East.

The government said non-essential UK personnel had also been moved out of the Iraqi capital Baghdad.

Three British nationals among dead in Ukrainian plane crash De-escalation in the region is ‘wise and necessary’: UAE’s Gargash