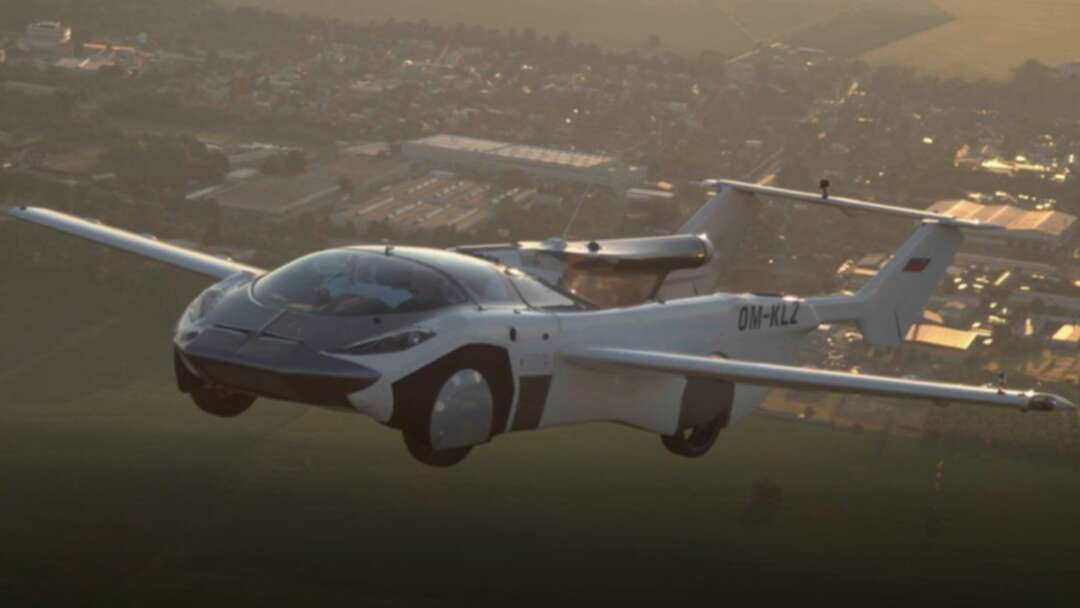 BBC reported that a prototype flying car has completed a 35-minute flight between international airports in Nitra and Bratislava, Slovakia.

The hybrid car-aircraft, AirCar, is equipped with a BMW engine and runs on regular petrol-pump fuel.

It takes two minutes and 15 seconds to transform from car into aircraft.

The narrow wings fold down along the sides of the car.

In the air, the vehicle reached a cruising speed of 170km/h.

It can carry two people, with a combined weight limit of 200kg (31 stone).

But unlike drone-taxi prototypes, it cannot take off and land vertically and requires a runway.

The company behind AirCar, Klein Vision, says the prototype has taken about two years to develop and cost "less than 2m euros" (£1.7m) in investment.

Anton Rajac, an adviser and investor in Klein Vision, said if the company could attract even a small percentage of global airline or taxi sales, it would be hugely successful.

"There are about 40,000 orders of aircraft in the United States alone," he said.

"And if we convert 5% of those, to change the aircraft for the flying car - we have a huge market."

Dr Stephen Wright, senior research fellow in avionics and aircraft, at the University of the West of England, described the AirCar as "the lovechild of a Bugatti Veyron and a Cesna 172".

And he did not think the vehicle would be particularly loud or uneconomical in terms of fuel costs, compared with other aircraft.

"I have to admit that this looks really cool - but I've got a hundred questions about certification," Dr Wright said.

"Anyone can make an aeroplane but the trick is making one that flies and flies and flies for the thick end of a million hours, with a person on board, without having an incident.

"I can't wait to see the piece of paper that says this is safe to fly and safe to sell."

Putin: US Understands That World is Changing But Still Wants to Preserve Dominant Position Egypt invites Haftar, Aguila Saleh and al-Menfi to the opening ceremony of the July 3 Naval Base