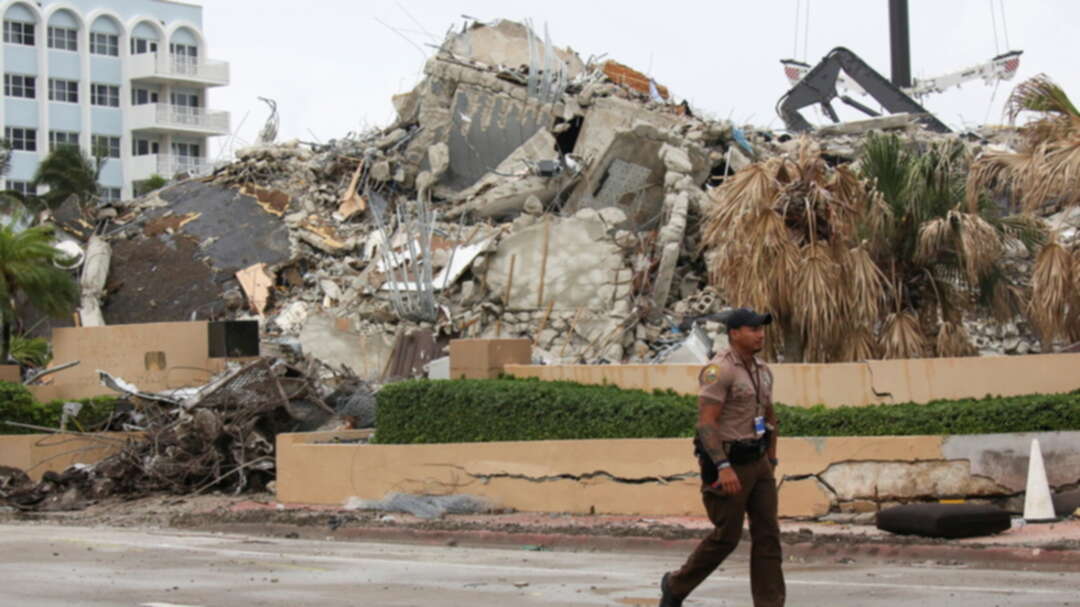 According to RT, the Miami's fire department said emergency workers will stop looking for survivors in the rubble of a collapsed high-rise in Miami, noting that the weeks-long search would now transition to recovering victims’ remains.

RT reported according to the AP, Miami-Dade Assistant Fire Chief Raide Jadallah told victims’ family members on Wednesday, “We noticed the stress, the force of the pressure of the walls and the floors just pretty much… sustained no chance of life.”

He added that, given the low likelihood of finding additional survivors, the search-and-rescue operation will shift focus to locating remains.

A total of 86 people remain missing after the collapse of the 12-story Miami-area condo building on June 24, while the death toll rose to 54 on Wednesday after eight more victims were pulled from the rubble. No survivors have been found since the early hours of the rescue mission.

Miami-Dade County Mayor Daniella Levine Cava also addressed a press conference later on Wednesday, saying an “extremely difficult decision” was made to halt the rescue effort, which will officially switch to a recovery mission at midnight.

Parts of the condo left standing were demolished on Sunday, allowing emergency workers to access new areas and raising hopes that additional survivors would be found. While open pockets were discovered near the basement and parking garage, rescuers found only bodies, recovering more than a dozen victims.

A grand jury has agreed to probe the collapse, Miami-Dade State Attorney Katherine Fernandez Rundle announced on Wednesday, adding that the investigation would “look into how we can prevent such a disaster from occurring again.”

According to the New York Times, a consultant hired to inspect the condominium complex in 2018 found signs of “major structural damage” and “abundant” deterioration of the building’s support columns. While his recommendations spurred a costly repair project, it had yet to begin when the building gave way last month.