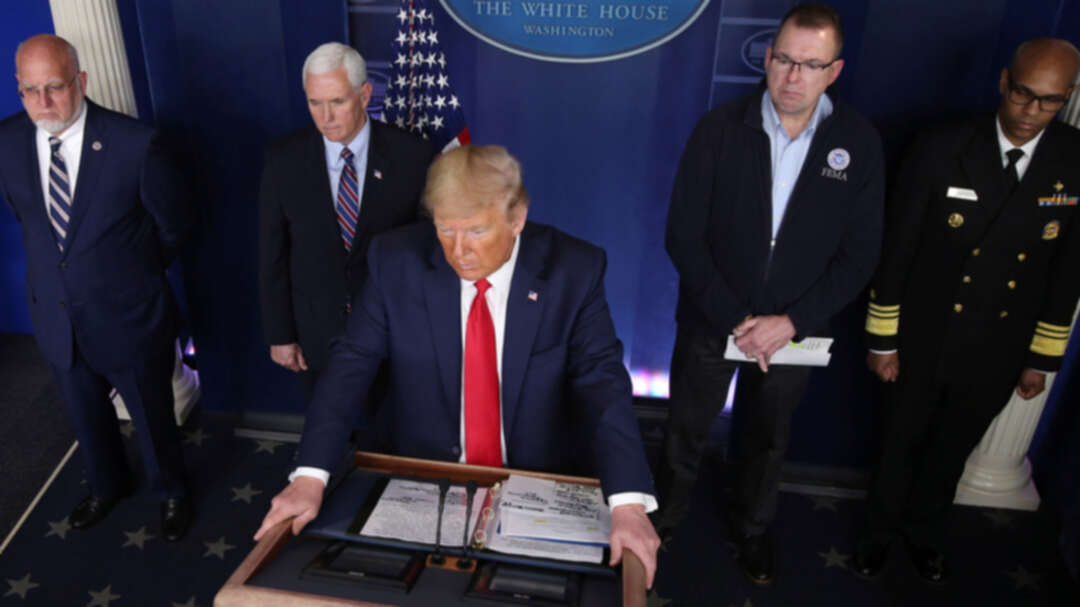 In an ill-timed blooper, immediately mocked as a Freudian slip, the head of FEMA promised a crackdown on Americans’ health and safety while standing alongside US President Donald Trump at a coronavirus task force briefing.

The FEMA chief’s blunder did not go unnoticed, as dozens of alarmed Americans rushed to Twitter to wonder if they heard it right and mock it as an apparent ‘Freudian slip.’

At the daily briefing, President Trump said he had approved New York and Washington's requests to declare a major disaster amid the Covid-19 pandemic and was about to approve California’s request too.

“Through FEMA, the federal government will be funding 100 percent of the cost of deploying National Guard units to carry out approved missions to stop the virus, while governors remain in command,” Trump added.

The number of confirmed Covid-19 cases across the United States topped 35,000 with over 400 deaths by Sunday night. The death toll is rising daily, with multiple states responding with full-on shutdowns and orders for citizens to quarantine themselves in their homes. levant

‘We want to hold the Olympics, but we're not so stupid to expect people to come amid pandemic' – Japan’s Olympic chief Global emergency efforts ratcheted up as pandemic deaths soar