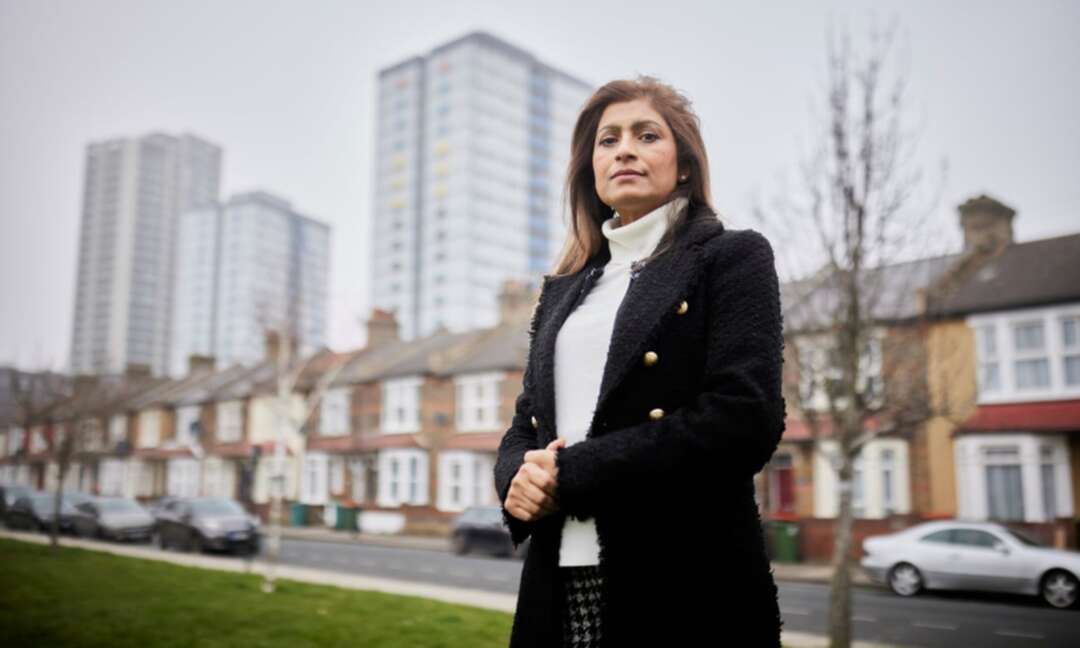 Mumtaz Khan says she has seen the ‘devastation’ that the Covid pandemic has wrought on many families.

We ask people about what measures on furlough, universal credit, property and more will mean for them

The coronavirus crisis has hit household finances after Covid restrictions froze key parts of the British economy. Wednesday’s budget included measures designed to help first-time buyers and the self-employed, and news that a temporary increase in universal credit would be extended. We spoke to people about what it would mean for them and their families.

Public sector worker: ‘There’s not a lot there for someone like myself’

Mumtaz Khan, a social worker who lives in the London borough of Newham, says that on a daily basis she observed the “devastation” that the pandemic has wrought on many families.

On a Saturday morning in Newham there are some voluntary food banks, and it’s a really sad thing to see the long queues of children and families waiting to get a food pack,” she says.

Khan, who works in the London borough of Waltham Forest and is also a councillor in Newham, had been anxiously awaiting the budget, both in terms of its impact on the local community and also how it would affect her personally. She is married with a grown-up son and daughter who have left home. “Both have lost jobs during Covid. They were both in retail and hospitality,” she says.

She says that although the government had confirmed it was extending the furlough scheme until the end of September, “some companies are simply closing up”.

She says she was happy to hear that the £20-a-week uplift in universal credit was being extended for six months, but adds: “Families are struggling to budget with the little that they have – I see that on a daily basis.”

Khan said she was pleased about the announcement of an extra £19m for domestic violence programmes, but adds: “Apart from that, I have to say there’s not a lot there for someone like myself, for the people of Newham, for people struggling to feed their children.” Rupert Jones

First-time buyers: ‘We’re not just going to go for it on 1 April’

Jess La-Haye, 26, and her husband Jack, 27, have been saving to buy a home for three years. In January 2020, they started their house hunt and used a mortgage broker to see how much they could borrow. “We saw a property we quite liked so we got a mortgage in principle saying that we borrow 95%,” says Jess. “And then Covid hit.” The pandemic caused lenders to set lower limits on mortgages. “We heard there were still 95% mortgages, but they involved your parents putting money into an account, and ours aren’t in the position to do that,” she says.

The couple had budgeted £220,000 to £230,000 to spend on a home in Kent, so the withdrawal of 95% mortgages left them with another £11,500 to find to achieve a 10% deposit. Over the past year, their rent has gone up and they have had to dip into their savings for unexpected expenses, including car problems. But they have been fortunate enough to work throughout – Jess in social housing and Jack for a supermarket warehouse.

The return of low-deposit mortgages through the government’s guarantee scheme was welcomed by the couple. But Jess says they will need to see the detail. “We’re not just going to go for it on 1 April – I know getting a mortgage has been quite difficult and we need to see if lenders are still being very strict,” she says. “It does feel like prices are going up – I have looked this week to see what was about and there’s not much in our price range now. It feels like you’re constantly catching up.” Hilary Osborne

Like most people in the hospitality sector, Anne Francis’s B&B business has been affected by Covid restrictions. The 62-year-old, who started Homestay Norwich eight years ago, says business has been down 80% compared with previous years when she might take up to £5,000 a month during the busy summer season.

Francis has been making ends meet by using the B&B’s accredited kitchen to make vegetarian food and beverage products for local companies. She was also able to receive help from the government’s SEISS grant and applied for every stage of the scheme. The announcement that support for the self-employed will continue until September is a relief for Francis, who will not be able to reopen the B&B until 17 May at the earliest.

The £5bn in government grants for businesses in retail, hospitality, accommodation, leisure and personal care will also be a huge help. Francis was able to access £2,500 in previous government funding distributed by her local authority and hopes this new money will give her the boost she needs to restart the B&B in the summer.

“I went from a decent income for a single person at this stage of life to nothing,” she says. “I am doing piecemeal work at the moment, making about £400-£500 a week, which is fantastic, but there is absolutely no security in it and it could stop at a moment’s notice. The grants have therefore been absolutely vital.” Matthew Jenkin

Kim Bills, 45, a single mother of six, who lives in Liverpool, is relieved that the £20 a week uplift in universal credit will not be reduced in the coming months. “It’s a lifeline for me. I tuned out of the budget after hearing that,” she says.

She works as a full-time carer for her disabled son and autistic daughter so receives a carer’s allowance at £67 a week and disability living allowance at £333 a month.

Despite five of her children living under one roof, she is able to live within her family’s means of £2,254 a month. “I’m spending the money wisely, getting what the kids need, what the family needs, what the house needs.”

As soon as the money goes into Bills’ bank account every month, she pays her rent of £320. “I can sort out what’s important, what’s not important,” she says.

She has found it much easier managing the family’s finances now she is in charge of them after splitting up with her ex-husband in November.

“My kids are the most important thing to me so I make the finances work,” she says. Lucy Mansfield