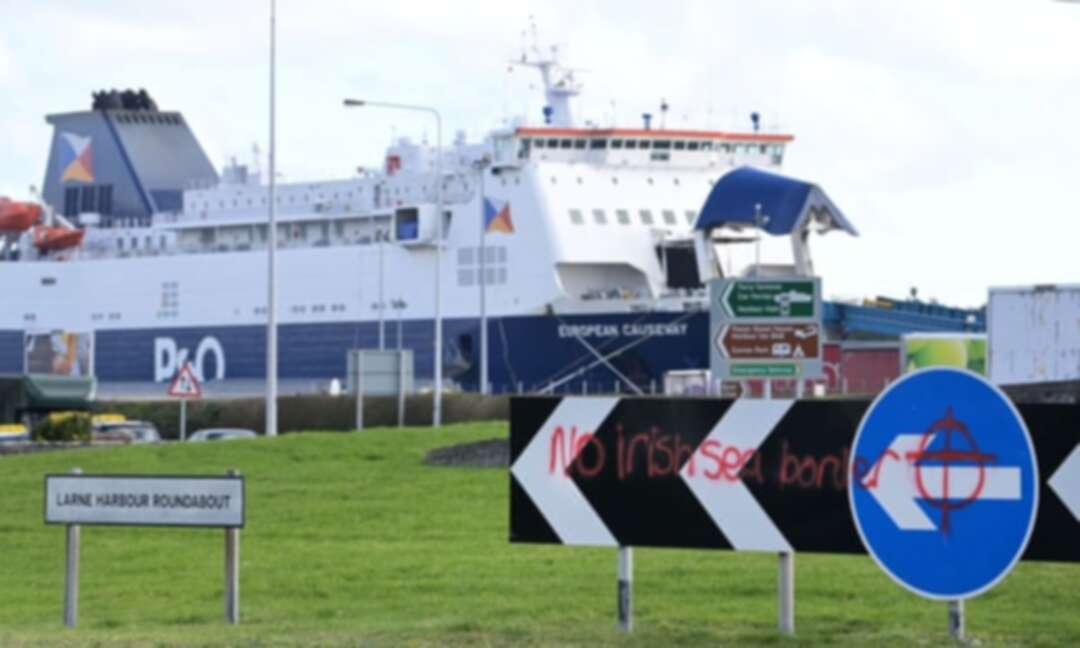 UK ministers are facing a backlash from unionists who fear the post-Brexit protocol threatens Northern Ireland’s place in the UK internal market.

Loyalist paramilitary groups have told the British and Irish governments they are withdrawing support for the Good Friday agreement in protest at Northern Ireland’s Irish Sea trade border with the rest of the UK.

The Loyalist Communities Council, an umbrella group that represents the views of the UVF, UDA and Red Hand Commando, wrote a letter to Boris Johnson and Ireland’s taoiseach, Micheál Martin, warning of “permanent destruction” of the 1998 peace agreement without changes to post-Brexit arrangements for Northern Ireland.

The warning came hours after the British government was accused of breaking international law for a second time by the European commission after ministers said the UK would unilaterally act to give Northern Ireland businesses time to adapt to post-Brexit rules.

Loyalist paramilitary groups endorsed the Good Friday agreement and have no desire to reignite the Troubles. But elements of the UVF, UDA and Red Hand Commando endure as a shadowy presence in Northern Ireland and some are linked to criminality.

“We are concerned about the disruption to trade and commerce between Northern Ireland and the rest of the United Kingdom that is occurring, but our core objection is much more fundamental,” David Campbell, the chairman of the LCC, wrote in the letter.

He said the protocol had breached safeguards in the Good Friday agreement, also known as the Belfast agreement, to protect the status of both communities. Loyalist resentment was on par with 1985, when unionists and loyalists staged mass rallies against the Anglo-Irish agreement, said Campbell.

“Please do not underestimate the strength of feeling on this issue right across the unionist family ... accordingly, I have been instructed to advise you that the loyalist groupings are herewith withdrawing their support for the Belfast agreement until our rights under the agreement are restored and the protocol is amended to ensure unfettered access for goods, services, and citizens throughout the United Kingdom. If you or the EU is not prepared to honour the entirety of the agreement then you will be responsible for the permanent destruction of the agreement.”

John Kyle, a Belfast city councillor with the Progressive Unionist party, which has historical links with the UVF, said there was an “absolute commitment to non-violence” but that the letter’s implications were unclear. “It’s far too early to know how to interpret it. It is premature to assume it means walking away from non-violence.”

Stephen Farry, an MP with the centrist Alliance party, said loyalist withdrawal from the Good Friday agreement was a political and symbolic gesture. “However, it has no practical consequences. The agreement stands on the basis of the dual referendums in 1998. I am more concerned at the continued escalation of rhetoric and building of unrealistic expectations that the protocol can be replaced in the absence of a plausible alternative.”

Farry added: “It is also concerning that what is essentially a voice for proscribed terrorist organisations is becoming an actor in a political debate.”

Disruption to supermarket and parcel deliveries and the continued refusal of some high street chains to deliver to Northern Ireland have heightened tensions among loyalists and unionist parties who say the region’s constitutional position within the UK is under threat.

However, there have been no public mobilisations akin to the 1985 protests. Peter Shirlow, a director at the University of Liverpool’s Institute of Irish Studies and an authority on unionism, said most people wanted pragmatic solutions that would make the protocol work.

Arlene Foster, the first minister and leader of the Democratic Unionist party (DUP), and two of her party’s MPs last week held talks with the LCC, prompting rebukes from critics who said they were legitimising paramilitaries.

The loyalists’ letter came amid renewed rancour between Downing Street and Brussels over the government’s unilateral act to give Northern Ireland businesses time to adapt to post-Brexit rules. Maroš Šefčovič, the vice-president of the commission, said it amounted to a “violation” of the withdrawal agreement. The Irish government said London was being “unhelpful”.