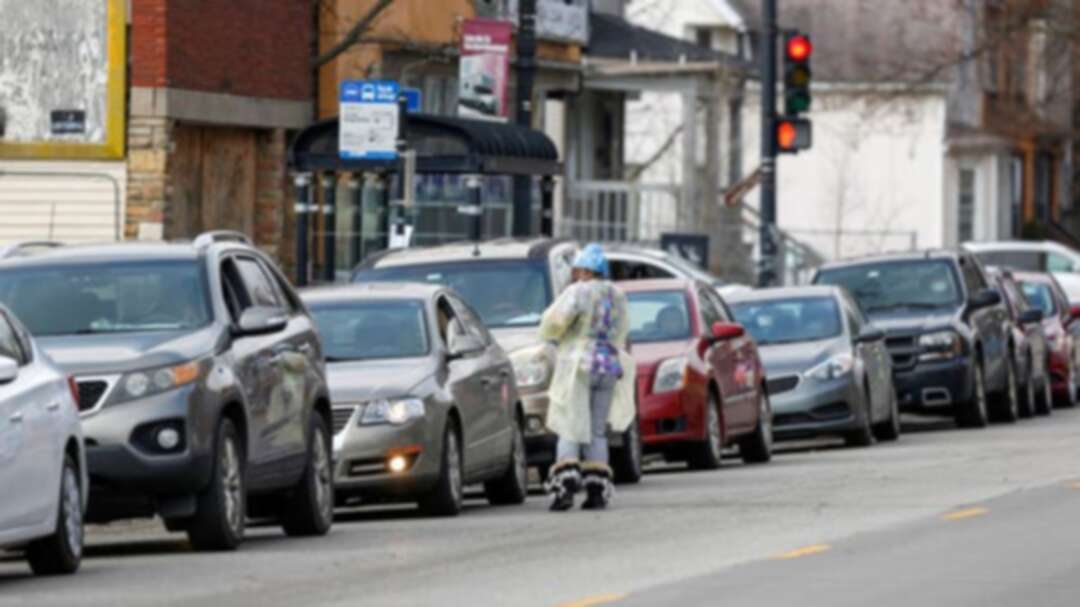 A medical worker speaks to motorist waiting in line to receive testing during the global outbreak of the coronavirus outside a hospital in Chicago, Illinois. (Reuters)

Since coronavirus started its sweep across the globe, researchers have been racing to learn everything they can about the new virus – especially how we can become immune to it. Yet there are still many unanswered questions. Experts

So far, researchers know that if a person catches the virus and recovers, they’re likely to develop some sort of immunity – though the strength and longevity are unknown. They also know that a significant proportion of people with coronavirus display no symptoms during or after having the virus, making testing and tracking cases difficult.

Taken together, these two facts could suggest that there is a sizeable number of people who have had coronavirus and are now immune to it – but experts have warned that this is currently unlikely as not enough people have been infected. Given that governments across the world are still struggling to roll out mass testing, and that current tests for immunity are flawed, much remains unknown about immunity to coronavirus.

New antibody tests seemed like a promising way to identify those who had developed immunity, but problems with the tests mean they are not as useful as many had hoped. Experts

Here is what we do know.

Experts told Al Arabiya English that it is unlikely there is a sizeable portion of the population that has developed immunity without officials knowing.

“It is too early to tell whether some portion of the population has already developed immunity but my guess on this would be no – it has not already circulated through the population,” said Christine Blackburn, the deputy director, Pandemic & Biosecurity Policy Program at Scowcroft Institute of International Affairs at Texas A&M University.

If COVID-19 had managed to infect a large population that had recovered unknowingly, it would mean that the global population was closer to achieving “herd immunity” – when the majority of a population has contracted and survived a disease and is therefore immune to spreading it a second time. Experts

Globally, we will develop herd immunity when the coronavirus has spread through enough of the population, but there is no accepted timeline for how long that will take. 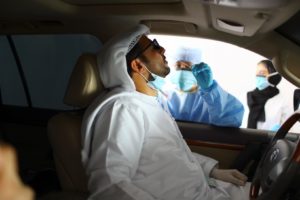 A member of medical staff wearing a protective face mask and gloves takes a swab from a man during drive-thru coronavirus testing at a screening center in Abu Dhabi, UAE. (File photo: Reuters)

“Herd immunity occurs when more and more people get infected and go on to build up antibodies against the infectious disease. It slows down and stops the spread. But for this to happen, at least 80-90 percent of the population must develop an immunity toward it,” Dr. Fernanda Bonilla, staff physician, Infectious Diseases, Cleveland Clinic Abu Dhabi told Al Arabiya English.

Antibody tests touted as solution – but may not work Experts

Researchers also know they can test for antibodies produced by COVID-19 to tell if a person had ever had the virus before. Antibody tests have been proposed as a way to identify immune people and potentially allow them to re-enter society safely.

Bonilla said the test required a finger-prick blood sample to allow doctors to detect two different antibodies produced by the body to fight off the infection, which could determine whether they were infected and have recovered.

China and Singapore have introduced antibody tests, and Germany announced it would begin issuing immunity certificates after testing for antibodies – seen as one of the long-term solutions to safely lifting lockdowns and getting people back to work.

But there are multiple problems with antibody tests.

Two days ago, the UK’s Health Secretary Matt Hancock said that no G7 country has yet developed a test that could say with certainty whether a person who recovered from coronavirus was immune.

Last week the US Food & Drug Administration approved the first serological antibody test in the US – the Cellex test. However, the Cellex test doesn’t always give accurate results.

About 4.2 percent of the time, it will inaccurately say a person has COVID-19 antibodies present in their body, said Dr. Zachary Binney, an epidemiologist and assistant professor of quantitative theory and methods. Experts

Antibody tests have two functions. They can help establish the prevalence of a disease, or how common it is in society, and they can tell if a person is immune to a certain disease.

But if a disease has a low prevalence like is suspected of COVID-19, antibody tests will likely produce a substantial number of false positives, Binney said. False positives can be produced when the test detects a similar virus, or when it may just have produced inaccurate results.

“If you’re in a relatively low-risk group, like the general population, the odds that a positive test means you’re immune could be 50 percent or even lower,” he said.

If a person is in a high-risk group, such as health care workers and those who have come into direct contact with the virus, their likelihood of receiving a true positive are higher.

“It’s a big deal because you have two groups of positive tests, but only one group is correctly identified,” Binney said. “Depending on the relative sizes of the chunks, you could have more false positives than true positives.”

And if there’s a population that’s cut loose from quarantine because it is deemed immune – but is not – this could spur a second wave of cases.

“When you’re looking at issuing immunity certificates, the damage from issuing a false positive is serious, especially if you issue a lot of false positives,” he said. Experts

Binney said the tests that China is using have an even higher chance of issuing a false positive. Yesterday, the UK government’s testing chief, John Newton, said none of the 3.5 million antibody tests ordered from China are fit for widespread use as the tests were only able to identify immunity in those who had been severely sick.

Antibody tests can still help determine the percentage of the population that is immune, but it is impossible to know which individuals received false positives, added Binney.

Until the development of more accurate tests, it, therefore, seems unlikely that testing for immunity will be the solution to containing the pandemic.

Oman Sultan pardons 599 prisoners: State news agency Coronavirus could infect over 650,000 in Lebanon if lockdowns not adhered to: Report