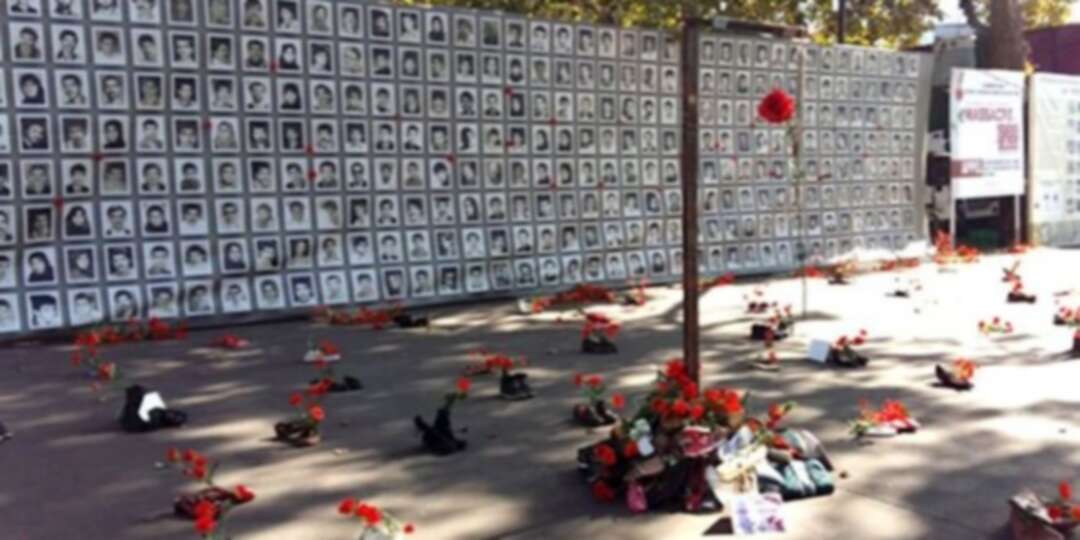 Exhibition on the 1988 massacre in Iran

On the eve of World Day against the Death Penalty, the Anglo-Iranian community will hold an exhibition on the 1988 massacre of thousands of political prisoners in Iran on Friday, 4 October, to raise awareness about one of the worst crimes against humanity in the modern time and demand accountability for Iran regime officials responsible for serious human rights violations in the country.

In a statement on 28 August, Amnesty International reiterated that international community must no longer ignore the 1988 prison massacres in Iran and said, “It is misguided to view the 1988 mass killings as historical events. The enforced disappearances are ongoing and, 30 years later, victims’ families continue to be tormented by anguish and uncertainty over the fate of their loved ones.”

Members of parliament, former political prisoners and families of the victims will speak at the exhibition and urge the UK Government to make good of its previous promise of calling on the UN Special rapporteur to investigate human rights concerns in Iran, including the 1988 mass executions and the recent destruction of mass graves.

Together with cross-party MPs, they will call on the UK Government to work with allies at the UN and EU to refer Iran regime’s appalling human rights record, including the 1988 massacre of political prisoners, to the UN Security Council for prosecution of those responsible in an international tribunal.

Many of those responsible for this massacre hold senior and ministerial positions in Iran. For example both the head of regime’s Judiciary, Ebrahim Raisi, and the current Justice Minister are two of the dozens senior regime officials responsible of the massacre.

Earlier this summer, regime officials publicly defended the massacre in interviews will state media, which targeted members and supporters of Iran’s main opposition group, the People’s Mojahedin Organisation of Iran (PMOI/MEK). This is while over 7000 people from all sectors of Iran’s society were arrested during 2018 alone for participating in the ongoing nationwide popular protests against the regime.

Amnesty International criticised these comments in a public statement on 30 July as shocking statements by senior official which highlight impunity for 1988 prison massacres and said:

Comments by Mostafa Pour Mohammadi, advisor to Iran’s head of the judiciary and a former minister of justice, “propagate the same false narratives that Iranian authorities have used for decades to hide the truth that, between July and September 1988, they forcibly disappeared and extrajudicially executed several thousand unjustly imprisoned political dissidents in secret as part of a systematic effort to eliminate political opposition.”

“Current and former Iranian officials must not be allowed to shield themselves from accountability for the mass extrajudicial executions through campaigns of disinformation and threats of reprisals against anyone looking to shed light on them.”

Amnesty International and other NGOs have described the massacre as an ongoing crime against humanity and called for an UN-led investigation to hold the perpetrators to account. In 2016, 80 cross-party MPs in the UK House of Parliament, supported a parliamentary motion urging the UK Government to recognise and condemn this brutal massacre as a crime against humanity and ask the UN Human Rights Commissioner, Human Rights Council, the General Assembly and the Security Council to order an investigation and bring the perpetrators to justice.

Today, the demand for truth and justice is increasing both internationally and domestically manifested by a growing support for the international campaign for justice both in West and inside Iran.