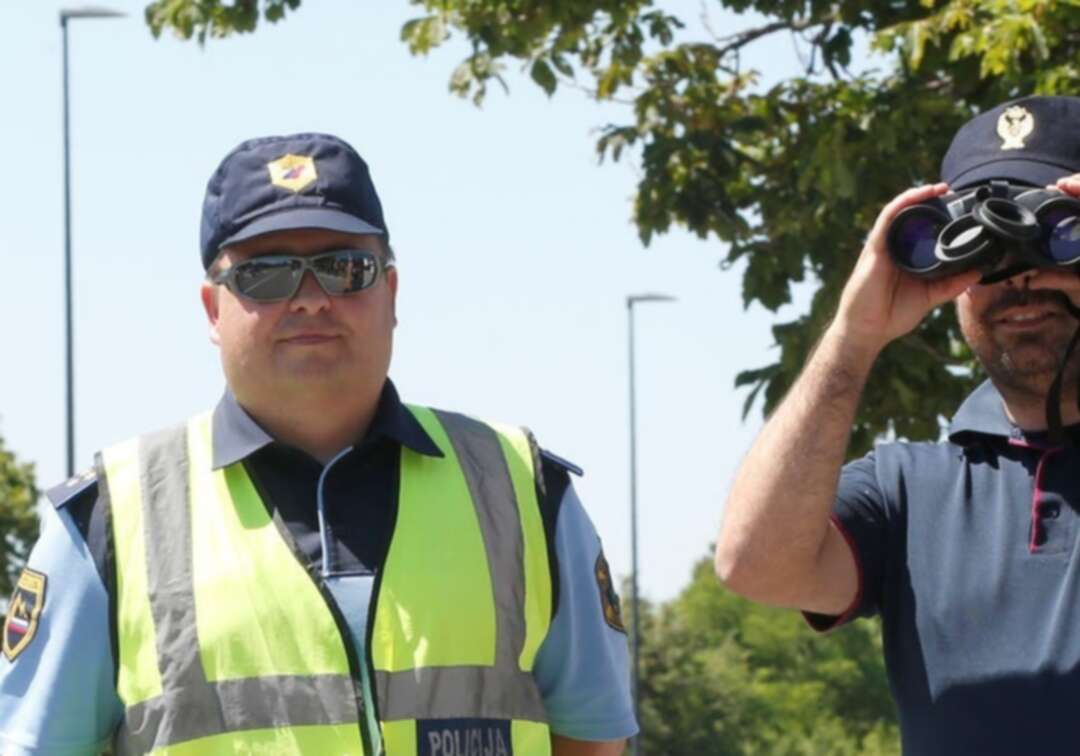 Police officers from Italy and Slovenia start joint patrols to stem the flow of illegal arrivals from the Balkans, at their shared border area, in Lipica, Slovenia, July 1, 2019. (File photo: Reuters)

More than 200 people were arrested last week in 17 European countries in a coordinated crackdown on cross-border movements of stolen goods, illegal drugs and cash, the European police agency Europol said on Wednesday.

The agency said the actions, coordinated by the Netherlands and aimed at groups using European highway networks, was focused on property crime. It resulted in 228 arrests as well as the seizing of 88 vehicles, other goods, cash and illegal drugs.

In one case, German authorities stopped a man suspected by Danish authorities of stealing GPS devices from farm machines.

“During the check of his vehicle, the German officer discovered 30 GPS units from agricultural machines, approximately 100 kg of gold, silver and ivory jewelry, nearly 50 new high-end smartphones and 20 laptops,” Europol said in a statement.

The suspect, who was not named, will be extradited to Denmark.

Where will the Muslim Brotherhood go if Turkish-Egyptian problems are settled? Syrian President al-Assad to seek re-election in May: Parliament