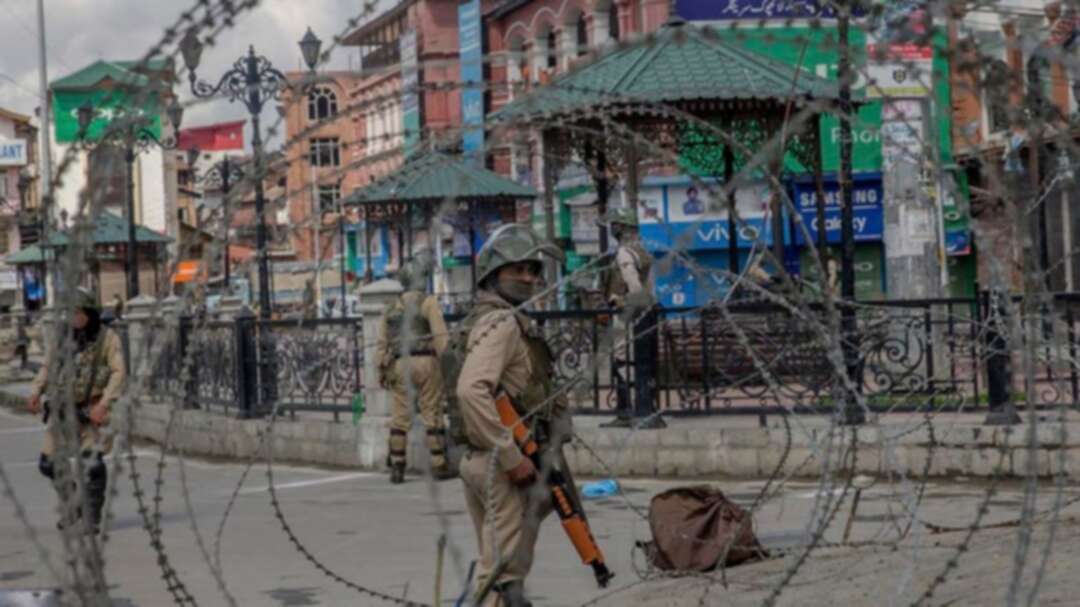 A group of European Parliament members arrived in disputed Kashmir on Tuesday, the first foreign delegation to travel to the region since India stripped it of its semi-autonomous status and imposed a harsh crackdown in early August. (File photo: AP)

A group of European Parliament members arrived in disputed Kashmir on Tuesday, the first foreign delegation to travel to the region since India stripped it of its semi-autonomous status and imposed a harsh crackdown in early August.

The group is expected to meet government and military officials in India-administered Kashmir, as well as traders and hoteliers at a luxury hotel. India’s military will host a lunch for the delegation at army headquarters in Srinagar, the region’s main city.

The delegation is first foreign group to visit Kashmir since India’s surprise decision in August to strip the majority-Muslim region of constitutional rights to self-government and land ownership.

The decision was accompanied by a harsh crackdown, with New Delhi sending tens of thousands of additional troops to the already heavily militarized region, imposing a sweeping curfew, arresting thousands and cutting virtually all communications.

Authorities have since eased some restrictions, lifting roadblocks and restoring landlines and some cellphone services. They have encouraged students to return to school and businesses to reopen, but Kashmiris have largely stayed home, in defiance or fear amid threats of violence.

As the crackdown continues, Kashmiris have quietly refused to resume their normal lives, confounding India at their own economic expense.

The People’s Democratic Party, a regional political pro-India party in Kashmir whose top leaders have been arrested by India, has said they will not be part of any “rhetoric” New Delhi wants to build by concealing the “real situation” in the region.

Many Indian opposition leaders who earlier tried to visit the region were not allowed to do so or were sent back from the Srinagar airport by the authorities.

The EU delegation’s visit comes a day after gunmen killed the fourth truck driver in the last three weeks in the region. Gunmen have targeted apple traders and truck drivers about to drive away with the apple consignment from the southern Shopian area in Kashmir, whose apple industry is vital to its economy.

The Modi-led government says India’s decision to strip Kashmir of its semi-autonomy could achieve greater economic development for the region by doing away with the sense of separateness that it says cultivated the separatist movement.

Kashmir is divided between India and Pakistan but claimed by both in its entirety. The two countries have fought two wars over control of the region.

India accuses Pakistan of arming and training rebels who have been fighting for Kashmir’s independence or its merger with Pakistan since 1989. About 70,000 people have been killed in the armed uprising and the ensuing Indian military crackdown.