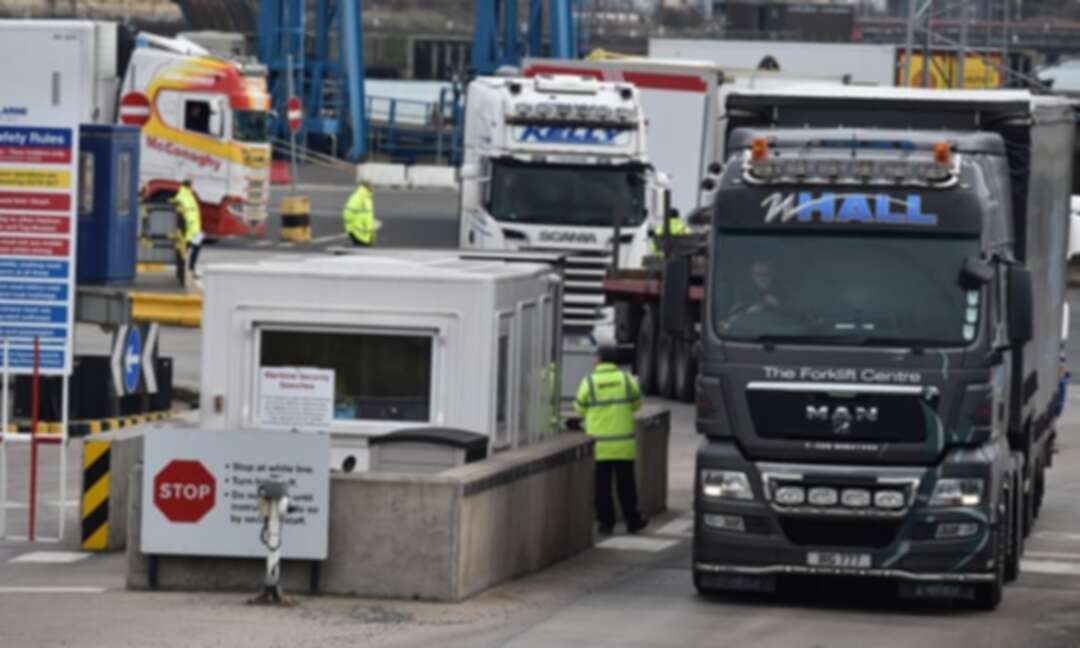 Inspection staff check freight at Larne port. The UK has signalled it will delay implementation of parts of the Northern Ireland protocol

The EU is to launch legal action against the UK after the government unilaterally decided to delay the implementation of parts of the special Brexit arrangements for Northern Ireland.

A letter notifying the British government of infringement proceedings is expected to be issued at around midday on Monday. The European commission vice-president Maroš Šefčovič signalled 10 days ago that the action would be taken.

It comes two months after the UK sealed its Brexit trade deal and less than 14 months after the signing of the broader withdrawal agreement, of which the Northern Ireland protocol is a part.

The EU has two legal avenues open to it. It could launch proceedings under the withdrawal agreement, which would lead to a case in the European court of justice (ECJ). This would risk causing further damage to the fragile political relationship between the two sides, given the symbolism of the ECJ to Brexiters in the Tory party who fought for the fastest, hardest exit possible from the EU.

Sources in the EU confirmed that proceedings could also be launched under the dispute mechanisms in the trade and cooperation agreement sealed on Christmas Eve. This would take the dispute to an arbitration panel, which may result in a quicker and more politically motivated solution.

Disputes procedures brought under the trade deal can allow for retaliatory measures to be instigated by either side, including restrictions on market access if either side continues to breach the deal.

Under this scenario, the UK could face trade sanctions if it continued with its unilateral position after an arbitration panel decision in the EU’s favour.

The row was triggered a week after David Frost, who negotiated the trade deal, took over from Michael Gove as the UK chair of the EU-UK joint committee charged with implementing and enforcing the withdrawal agreement.

Šefčovič said Lord Frost’s decision to unilaterally extend grace periods for checks on goods crossing the Irish Sea into Northern Ireland from March until October was a violation of the Northern Ireland protocol.

The UK’s move came as a shock to the EU and to Irish political leaders as there had appeared to be progress on the row over checks on supermarket goods, parcels and plants during a meeting of the joint committee led by Šefčovič and Gove the week before.