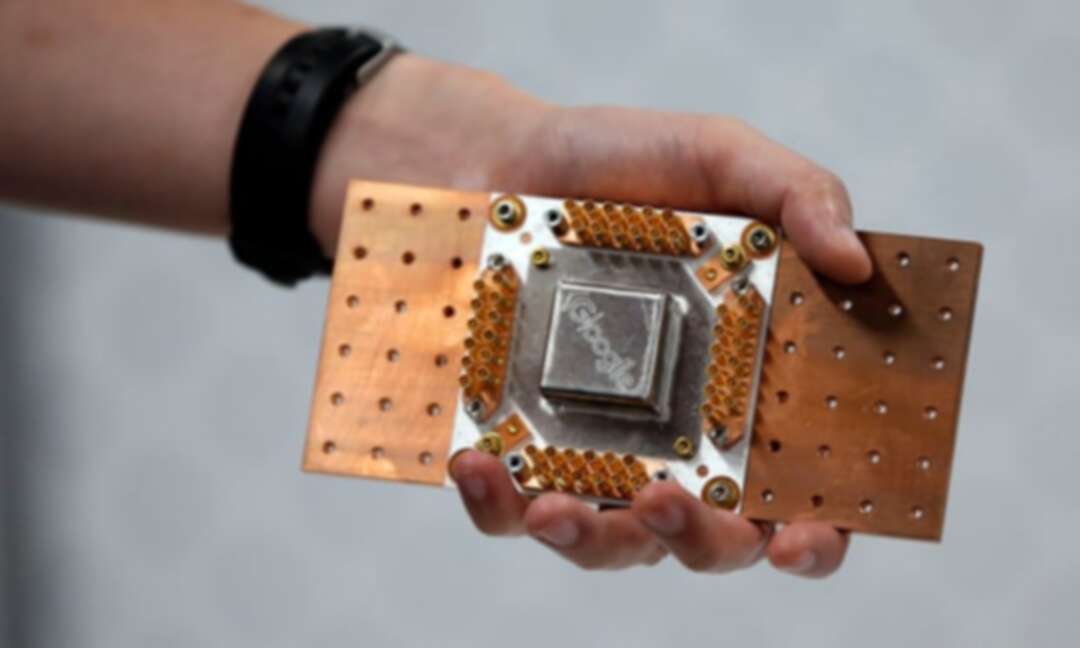 The draft plan seeks to protect the EU’s intellectual property in technologies similar to the quantum computer being developed by Google.

Britain will join China in being locked out of research with the EU on cutting-edge quantum technology, such as new breeds of supercomputers, due to security concerns under a European commission proposal opposed by academics and 19 member states.

At a meeting on Friday, commission officials said the EU needed to keep control of intellectual property on key projects and that working with even close allies such as the UK and Switzerland opened up an unacceptable risk.

Under the UK’s trade and security deal with its former partners, the government retained the right to pay into and participate in the EU’s Horizon Europe research programme, a seven-year, €95.5bn (£82bn) funding scheme. But the commission has now decided to curtail the type of projects in which the UK will be able to take part under a draft proposal discussed with the member states on Friday.

Representatives from Germany, Belgium, Spain, Ireland, Italy and the Netherlands were among the 19 member states who voiced concerns over the plan driven by Thierry Breton, the French internal market commissioner, and backed by the French government, among others.

“You can’t just put the UK and Switzerland in the same box as China and Iran,” said one concerned diplomat. “If this is what Breton’s idea of strategic autonomy looks like, we’re in for one rough ride. The commission is pulling the rug underneath fruitful collaborations; they need to stay on the carpet.”

But commission officials rejected arguments about the importance of working with trusted partners, sources said. The UK’s attempt to break international law over the Northern Ireland border was raised by the commission as an example of why there was a lack of trust.

The new eligibility rules proposed by the commission include restrictions on work on a range of sensitive areas such as quantum computers, described in the commission’s draft text for its Horizon research funding scheme as an “emerging technology of global strategic importance”.

“In order to achieve the expected outcomes, and safeguard the Union’s strategic assets, interests, autonomy, or security, namely, participation is limited to legal entities established in member states, Norway, Iceland, Liechtenstein. Proposals including entities established in countries outside this scope will be ineligible,” the draft says.

According to the draft text, the goal of the changes is to “make independent European capacities in developing and producing quantum computing technologies of strategic importance for future computing capacities and applications in security and dual-use technologies”.

The decision has also been criticised, however, by senior academic institutions. A letter from Thomas Hofmann, president of the Technical University of Munich, written on behalf of institutions in Switzerland, Denmark, Luxembourg, Israel and the Netherlands, warns of a “negative impact” on future research.

“Opening the scientific borders for the countries outside of the European Union should go hand in hand with strengthening collaboration with our closest partners and not undermine it,” Hoffman wrote to the Portuguese presidency of the EU. “Cooperation with the aligned countries is vital for the competitiveness of the European Union’s economy. The latest proposal by the European commission to exclude longstanding and trustful partner countries like Switzerland, Israel and the United Kingdom from parts of the research programme is not in the interest of Europe’s research community nor the wider society and could be damaging for the international cooperation.”

Hoffman adds: “We are deeply concerned that the exclusion of aligned European countries with a long record of cooperation and excellence in research and innovation from parts of the programme will have negative impacts on European institutions and their capability to develop key digital, enabling, and emerging technologies.”Discussions are expected to resume between the member states and the commission on 19 April.