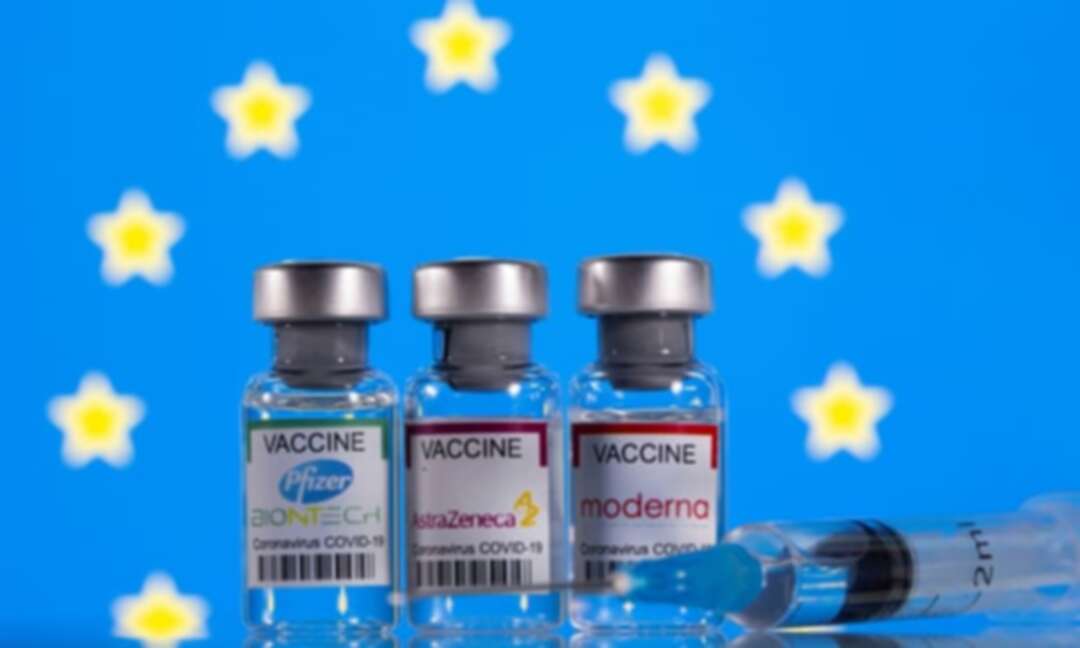 The comparatively small number of doses that a ban would keep within the EU would advance the full vaccination of every adult by just over a week.

Britain’s Covid vaccine programme faces a two-month delay in the event of an EU export ban, derailing the government’s plans to reopen the economy this summer, an analysis for the Guardian reveals.

A ban, due to be debated by leaders of the 27 EU member states on Thursday, would badly stall the UK vaccination effort, and would be likely to force the government to extend restrictions on people’s lives.

It would not, however, provide a significant boost to EU member states’ troubled programmes, according to a report by the data analytics company Airfinity.

The comparatively small number of doses that would be kept within the bloc would speed up the full vaccination of every adult in the EU by “just over a week”, the research suggests.The prime minister, Boris Johnson, is expected to speak to his European counterparts ahead of Thursday’s meeting. Government sources told Press Association Johnson spoke to the European commission president, Ursula von der Leyen, along with Dutch and Belgian prime ministers Mark Rutte and Alexander De Croo last week. He may speak to other EU leaders over the coming days, the government source said.

On Sunday, the defence secretary, Ben Wallace, said the EU’s reputation was at stake as the 27 heads of state and government prepare to make their decision, warning that “the world is watching”.

“If contracts get broken, and undertakings, that is a very damaging thing to happen for a trading bloc that prides itself on the rule of law,” he told Sky News. “It is counterproductive because the one thing we know about vaccine production and manufacture is that it is collaborative.

“They would undermine not only their own citizens’ chances of having a proper vaccine programme, but also many other countries around the world, with the reputational damage for the EU which they would find very hard to change over the short term.”

Von der Leyen said last week that the EU was considering “all options” and ready to introduce emergency controls on vaccine production and distribution to deal with the “crisis of the century”.

The 27 heads of state and government will discuss the next steps on Thursday via video conference, amid growing concerns over a third wave of coronavirus infections on the continent. Plans to meet in person were cancelled on Sunday in light of a rise in infections.

France and Germany have privately spoken in support of activating article 122 of the EU’s treaty, last used in the 1970s oil crisis, allowing the bloc to take emergency measures to control the distribution of essential goods.

The EU commissioner for financial services, Mairead McGuinness, said on Sunday: “European citizens are growing angry and upset at the fact that the vaccine rollout has not happened as rapidly as we had anticipated.”

The EU member states had administered 10.4 vaccine doses per 100 people as of Saturday, compared with the 42.7 jabs administered per 100 in the UK.

About 10m vaccine doses have been exported from plants in EU member states to the UK, largely by Pfizer/BioNTech. The UK is waiting on around 30m more Pfizer doses and 30m from Johnson & Johnson – although only some of those had been expected to be delivered by the end of the summer.

The UK government was until the last fortnight on course to beat its target of delivering a first vaccine dose to every adult in the UK by the end of July by over six weeks, according to Airfinity.

A recent supply problem with AstraZeneca’s facility in India is expected to set back the pace of vaccination by two weeks, from 10 June to 23 June.

But the imposition of an export ban on doses of the Pfizer/BioNTech vaccine produced in Belgium and Germany, by far the largest export to the UK, would delay every adult receiving a first jab until 5 August, according to Airfinity.

A ban on all exports of vaccines due for distribution, including those from Moderna and Johnson & Johnson, would delay reaching that target to 27 August, the analysis commissioned by the Guardian further suggests.

“The imposition of a ban would mean the EU has marginally more doses short-term, but it won’t fundamentally change its vaccine availability, and the EU could soon be dependent on vaccine imports.

“A ban poses a significant risk for the UK and any potential UK retaliation on sub-ingredients would harm not only the EU and UK but the world, as it will significantly slow overall production.”

Airfinity’s estimate is based on how long it would take the UK to give at least one dose to 75% of its population, equivalent to an uptake of more than 95% of adults.

The EU has set itself the goal of fully vaccinating 70% of the population by the end of the summer.

According to Airfinity, the EU is on target for full vaccination of 75% of the population by 31 August despite its current difficulties, including the lack of supply from AstraZeneca.

Their analysis suggests that should the EU “keep and use the doses meant for the UK it would only bring them forward by just over a week <19 August>, as their collective population is much greater”.

The commission and its member state governments have been enraged by the failure of AstraZeneca to deliver the promised 120m doses of its vaccine this quarter while it has continued to fulfil its contractual obligations with the UK government.

The company has pointed to the upfront funding provided for its collaboration with Oxford University by the UK government, and its company policy of creating bespoke supply chains for the EU and the UK.

AstraZeneca exports very few doses from EU plants to the UK but the commission is taking a keen interest in jabs and components made in the company’s Dutch facility. Sources have suggested that the commission could, in the first instance, act to block exports from there if a request is made.