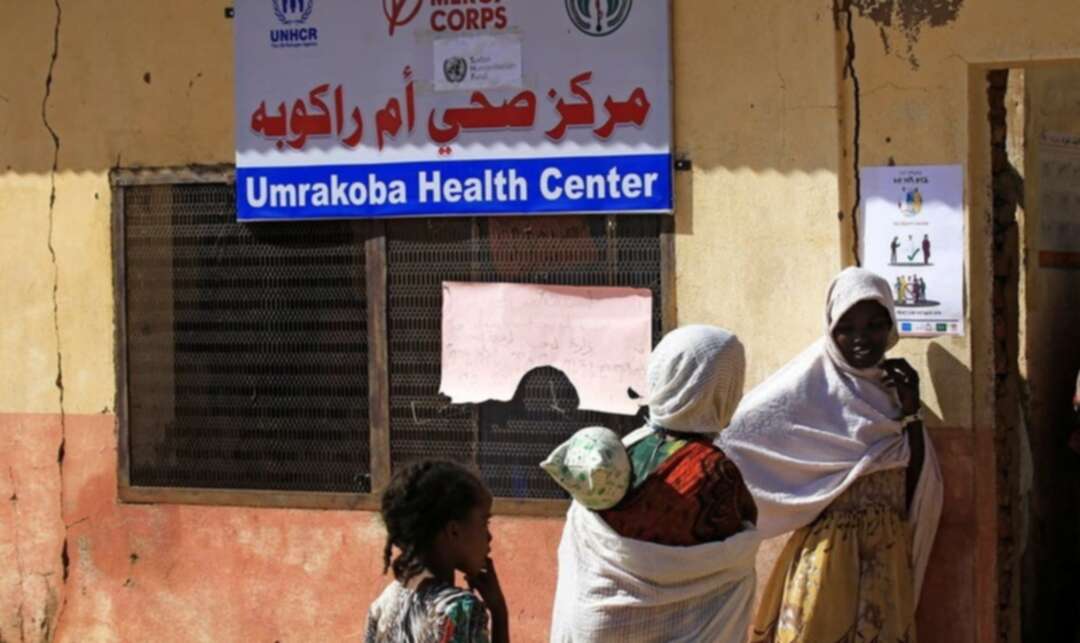 Ethiopians who fled the ongoing fighting in Tigray region gather to receive relief aid at the Um-Rakoba camp on the Sudan-Ethiopia border, in Kassala state, Sudan. (File photo: Reuters)

Ethiopia’s government on Thursday faced mounting pressure to withdraw troops from the northern region of Tigray amid growing reports of war crimes in an embattled area that now faces a humanitarian crisis.

Criticism of the conduct of government troops and their allies from neighboring Eritrea grew after US Secretary of State Antony Blinken asserted Wednesday that “ethnic cleansing” has happened in parts of Tigray.

“The challenge in Ethiopia is very significant, and it’s one that we are very focused on, particularly the situation in Tigray, where we are seeing very credible reports of human rights abuses and atrocities that are ongoing,” Blinken told the foreign affairs committee of the US House of Representatives.

Although Ethiopian Prime Minister Abiy Ahmed expressed concerns about the actions of the fugitive leaders of Tigray, Blinken said, “the situation in Tigray today is unacceptable and has to change, and that means a few things. It means making sure that we are getting into the region, into Tigray. Aid workers and others ... to make sure that the people are cared for, provided for and protected.”

Eritrean troops as well as fighters from Amhara, an Ethiopian region bordering Tigray, “need to come out,” he said, adding that the region needs “a force that will not abuse the human rights of the people of Tigray or commit acts of ethnic cleansing, which we’ve seen in western Tigray. That has to stop.”

But the fugitive leaders of Tigray seized on Blinken’s comments, issuing a statement on Thursday condemning what they called “the genocidal campaign” targeting their people.

“Thousands of civilians have been massacred, hundreds of thousands forcibly displaced from their homes, civilian installations and Infrastructures systemically destroyed,” said the statement posted on Twitter by Getachew Reda, one of the fugitive leaders of Tigray. “Despite shamelessly protesting its innocence and profusely promising to allow access to humanitarian agencies and international investigation into allegations, Abiy Ahmed’s regime and its partners in crime have only stepped up their war crimes and crimes against humanity in recent weeks and days.”

A senior Ethiopian diplomat on Wednesday quit his post in Washington over concerns about the reported atrocities in Tigray. Berhane Kidanemariam, who served as the deputy chief of mission at the Ethiopian embassy in Washington, slammed Abiy as a reckless leader who is dividing his country.

Accounts of atrocities by Ethiopian and allied forces against residents of Tigray have been detailed in reports by The Associated Press and by Amnesty International.

Ethiopia’s federal government and regional officials in Tigray both maintain that each other’s governments are illegitimate after the pandemic disrupted elections.

The conflict began in November, when Abiy sent government troops into Tigray after an attack there on federal military facilities. No one knows how many thousands of civilians have been killed in the conflict.

Humanitarian officials have warned that a growing number of people might be starving to death in Tigray. The fighting erupted on the brink of harvest in the largely agricultural region and sent an untold number of people fleeing their homes. Witnesses have described widespread looting by Eritrean soldiers as well as the burning of crops.