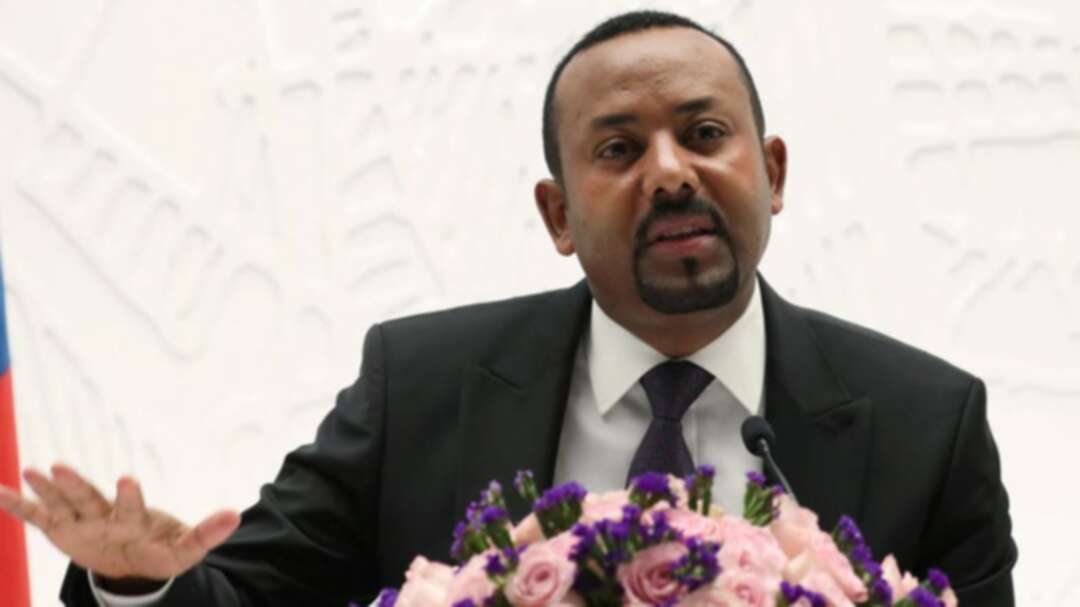 Ethiopian Prime Minister Abiy Ahmed on Sunday asked South Africa’s President Cyril Ramaphosa to intervene in a long-running dispute with Egypt over a massive dam being built on the Blue Nile River.

Ethiopia’s ties to Egypt have soured since the east African country launched the construction of the Grand Renaissance Dam in 2011.

Set to become the largest hydropower plant in Africa, the project has fueled tensions because Egypt depends on the river for 90 percent of its water supply.

Ethiopia, Egypt, and Sudan – where the Blue Nile converges with the White Nile before flowing north – started discussions in November that are meant to yield an agreement next week.

But major sticking points remained in the latest round of talks on Thursday and the parties have yet to clinch a deal.

Abiy, who visited South Africa this weekend, called on Ramaphosa to intervene in the negotiations as the next chairperson of the African Union (AU), which he will take over from Egypt this month.

“As he (Ramaphosa) is a good friend for both Ethiopia and Egypt and also as incoming AU chair, he can make a discussion between both parties to solve the issue peacefully,” Abiy told reporters at a press conference in South Africa’s political capital Pretoria.

Ramaphosa said South Africa was open to playing a role in facilitating “whatever agreement can be crafted”.

“What is pleasing, as far as I’m concerned, is that both countries are willing to discuss this matter and find solutions,” he said.

The president said he had already brought up the issue with Egypt’s President Abdel Fattah al-Sisi, who was “willing to have discussions with Ethiopia”.

Abiy received the Nobel Peace Prize last month for his efforts to resolve a long-running conflict between Ethiopia and its neighboring foe Eritrea.

Just three months after Abiy took office in 2018, he ended a 20-year-old stalemate between the countries over a 1998-2000 border conflict.

US President Donald Trump made a controversial statement earlier this week in which he complained about Abiy receiving the prestigious award.

“To be honest, I don’t have any clue about... how the Nobel committee selects an individual for the prize,” said Abiy, struggling to contain a smile at the mention.

“If President Trump complained it must go to Oslo, not to Ethiopia.”

Iran’s IRGC chief: We are ‘ashamed’ over shooting down plane Australian is 20th fatality in New Zealand volcano eruption