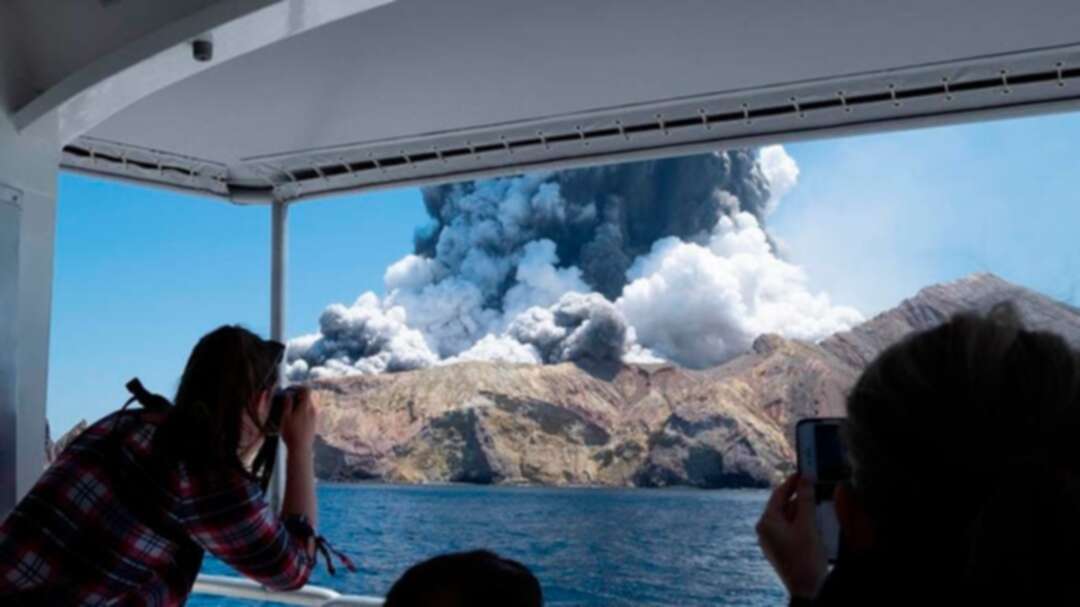 Tourists on a boat look at the eruption of the volcano on White Island, New Zealand. (Photo AP)

An Australian man who was injured in a volcanic eruption in New Zealand more than a month ago has died, becoming the 20th victim of the disaster, officials said Monday.

Paul Britt and his two daughters were caught in the Dec. 9 eruption on White Island. The body of Krystal Browitt, 21, was among six recovered from the island in the days after the eruption.

Paul Britt and his daughter Stephanie Browitt, 23, survived the eruption and were transferred to Alfred Hospital in their hometown of Melbourne three days after the disaster.

A police statement confirmed Paul Browitt died on Sunday night as a result of injuries from the eruption. A hospital statement said he had been critically ill.

Maria Britt, the wife, and mother of the victims had remained on a ship while her family took a day trip to the island.

Of 23 victims who remain in hospitals in New Zealand and Australia, at least five are listed as in critical condition, health authorities said. Authorities won’t comment on the conditions of two victims in Sydney at the request of relatives.

Alfred Hospital said it was continuing to give specialized burn care to two volcano victims transferred there. They are Stephanie Browitt and Lisa Dallow, 48, of Adelaide.

The hospital said one of the patients was in critical condition and the other was in stable condition. The hospital would not say which of the women was critical.

Dallow’s husband Gavin Dallow, 53, and daughter Zoe Hosking, 25, were killed on the island.

White Island, also known by its Maori name, Whakaari, is the tip of an undersea volcano about 50 kilometers (30 miles) off New Zealand’s North Island and was a popular tourist destination before the eruption. Many of those killed and injured were from the Royal Caribbean cruise ship Ovation of the Seas.

Many people have questioned why tourists were still allowed on the island after New Zealand’s GeoNet seismic monitoring agency raised the volcano’s alert level on Nov. 18 from 1 to 2 on a scale where 5 represents a major eruption, noting an increase in sulfur dioxide gas, which originates from magma.

New Zealand authorities are investigating the circumstances around the disaster.

The volcano remains at an alert level of 2, indicating moderate to heightened unrest.