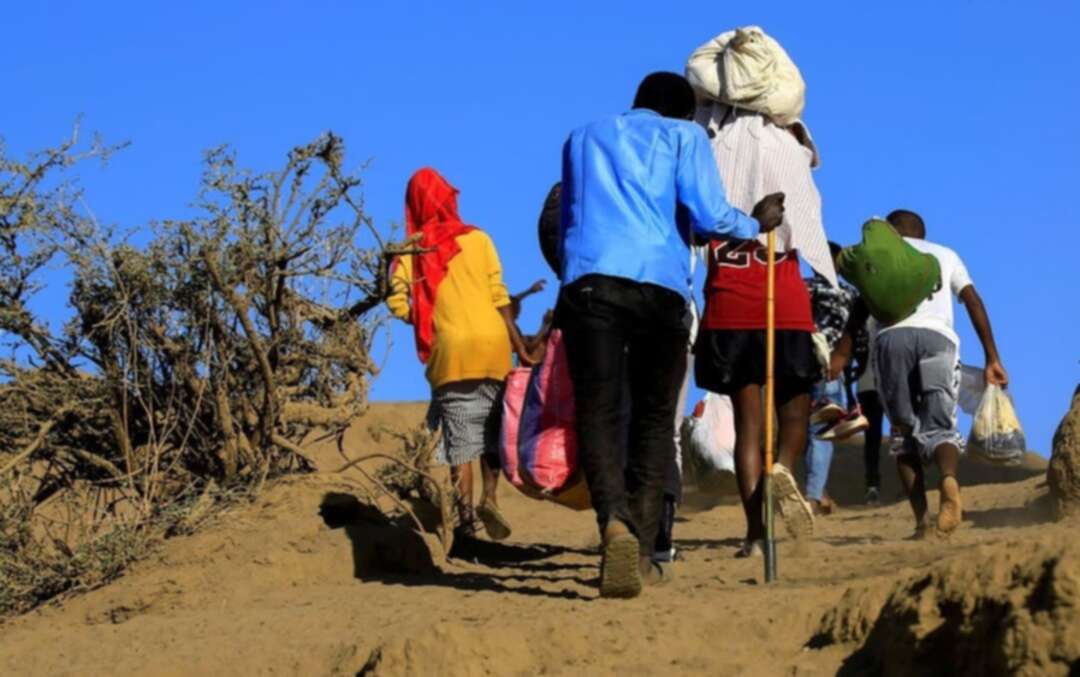 Ethiopians, who fled the ongoing fighting in Tigray region, carry their belongings after crossing the Setit River on the Sudan-Ethiopia border, in the eastern Kassala state, Sudan, on December 16, 2020. (File photo: Reuters)

Scores of women have been raped in Ethiopia’s northerly Tigray region, authorities have confirmed, in the chaotic aftermath of an armed conflict last year that ousted the local ruling party.

“We have received the report back from our Taskforce team on the ground in the Tigray region, they have unfortunately established rape has taken place conclusively and without a doubt,” Ethiopian Women’s Minister Filsan Abdullahi tweeted late on Thursday.

Though witnesses, medics and aid workers had spoken of widespread sexual abuse since fighting began in November, Filsan’s comments were the first confirmation by Prime Minister Abiy Ahmed’s government.

The state-appointed Ethiopian Human Rights Commission said that 108 rapes had been reported in Tigray -- nearly half in the regional capital Mekelle -- in the last two months.

Though Abiy’s federal troops captured Mekelle at the end of November from the Tigray People’s Liberation Front (TPLF), sporadic fighting has continued, with communications and access to the mountainous region of 5 million people restricted.

While some victims have identified their abusers as federal forces or allied soldiers, Reuters has been unable to independently verify accounts of rape.

The government has said it has zero tolerance towards sexual violence.

The Rights Commission said many rapes were likely to have gone unreported.

“The war and the dismantling of the regional administration have led to a rise in gender-based violence in the region. Local structures such as police and health facilities where victims of sexual violence would normally turn to report such crimes are no longer in place,” it said.

Spokesman Adinew Abera said the Women’s Ministry had so far assessed only Mekelle and the nearby town of Quiha, adding: “We will deploy experts to all districts of Tigray. So the number will be higher than what is mentioned.”