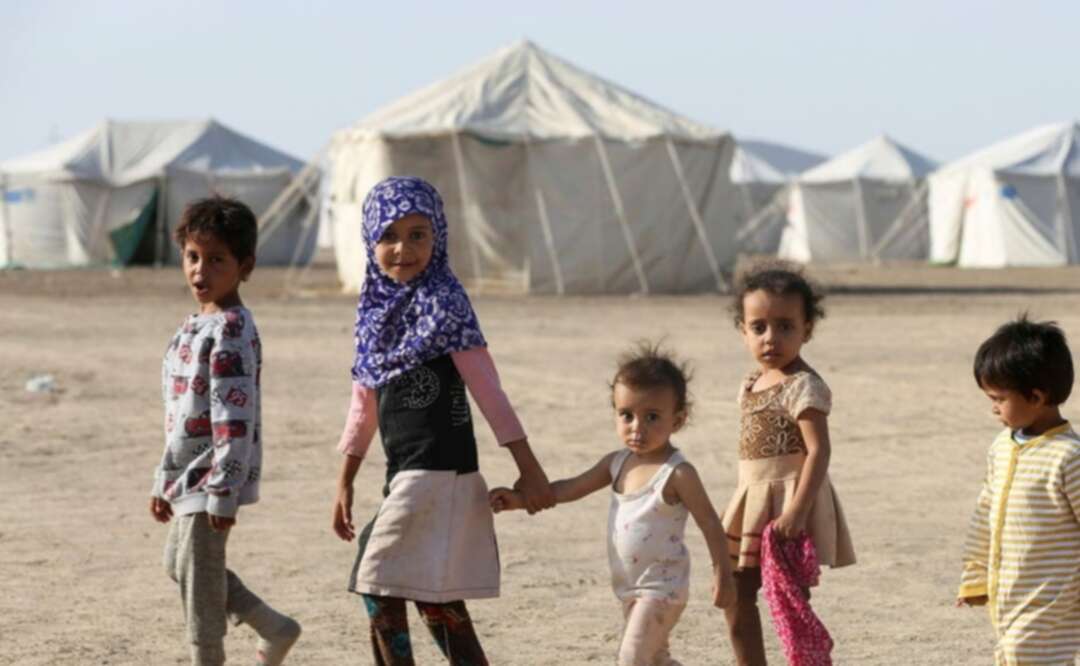 Children are pictured at a camp for displaced people in Marib, Yemen. (File photo: Reuters)

About 400,000 children under the age of five are in danger of dying of acute malnutrition in war-torn and impoverished Yemen, UN agencies warned Friday.

They said half of those in the most vulnerable age bracket, or 2.3 million small children, are projected to suffer from severe malnutrition this year.

“These numbers are yet another cry for help from Yemen where each malnourished child also means a family struggling to survive,” World Food Programme chief David Beasley said in a joint statement.

The number of Yemeni children in danger of death from lack of food has increased to 400,000, an increase of 22 percent over 2020.

“More children will die with every day that passes without action, said Henrietta Fore, head of the United Nations children’s agency UNICEF.

“Humanitarian organisations need urgent predictable resources and unhindered access to communities on the ground to be able to save lives.” 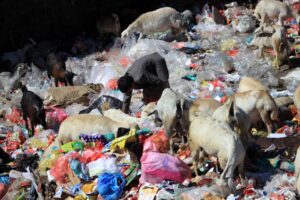 A Yemeni child collects items from the rubbish in the capital Sanaa. (File photo: AFP)

The UN agencies warned that about 1.2 million pregnant or breastfeeding women are also expected to suffer from extreme malnutrition in 2021.

“The crisis in Yemen is a toxic mix of conflict, economic collapse and a severe shortage of funding to provide the life-saving help that’s desperately needed,” said Beasley.

“But there is a solution to hunger, and that’s food and an end to the violence.”

Yemen is engulfed in a bloody power struggle that erupted in 2014 between its internationally-recognized government and Iran-backed Houthi militia, who control the capital Sanaa and most of the north.

Today, millions of Yemenis are on the brink of famine with the economy destroyed, schools and hospitals barely functioning, and tens of thousands killed. 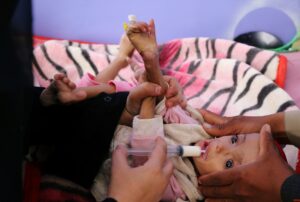 A man holds a malnourished girl as a woman feeds her at the malnutrition department of the al-Sabeen Maternity and Child Hospital in Sanaa. (File photo: Reuters)

According to the United Nations, more than three million people have been displaced and close to 80 percent of the 29-million population is in need of some form of aid for survival.