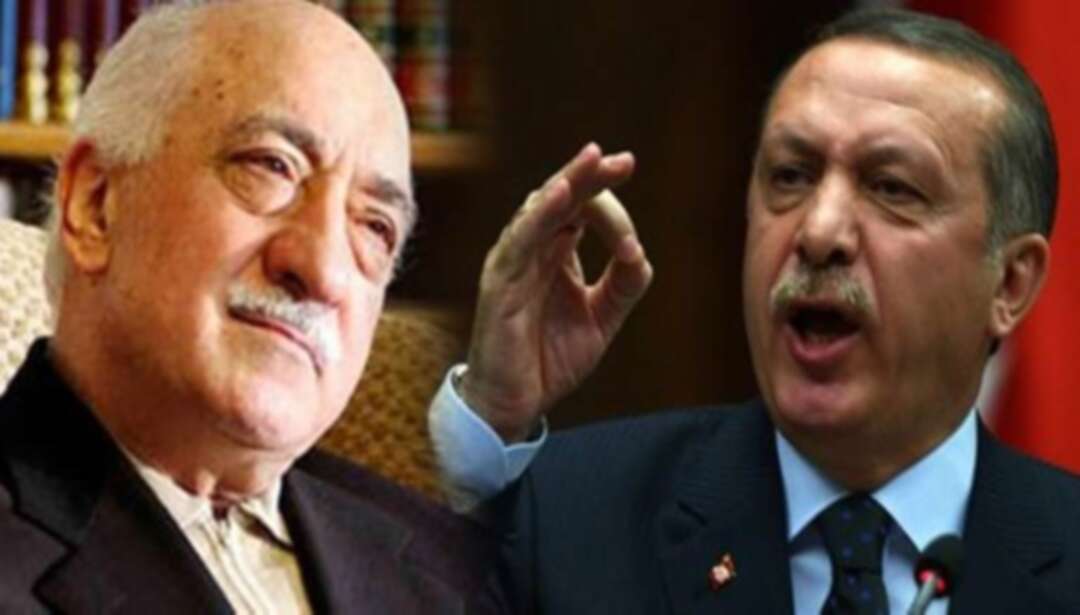 It has become commonplace in the Turkish street to see the arrest of any citizen without prior notice, to be removed from a job, or even to be prosecuted as a new method of forced exile. The always-ready charge is to belong to the “service movement” or as it is known in the media as the Islamic group affiliated to the preacher Fathallah Gulen, residing in the state of Pennsylvania in the United States after his forced exit from Turkey in 1999.

After Recep Tayyip Erdogan felt that his teacher, Najm al-din Erbakan, ended politically during the Ban on the Welfare Party in 1998, then the prohibition the Virtue Party in 2000, he had to change his political orientation slightly with the pragmatism that became a feature of his personality in government.

Erdogan tried to win the Islamic current to his side and keep a distance from the trend that the army accuses of reactionary. He saw the Service movement led by the preacher Fathallah Gulen as the ideal solution he was looking for, especially since Gulen said in his last statement before leaving Turkey that the regime in the country must be changed.

Erdogan was able to take advantage of this speech in an attempt to ally with this group after he founded the Justice and Development Party in 2001 with a group of his partners who broke away from the Virtue Party headed by Erbakan, who returned to found the Welfare Party in 2003. But the discord in political direction became evident between the politically outcast professor, the pragmatic student who works as an opportunist in alliances for the sake of absolute power.

Recep Tayyip Erdogan has succeeded in forming a tacit agreement with the service movement, especially since Gulen and Erdogan are considered to be among the followers of the Sufi Norse method established by Saeed al-Nawrasi. And he won the support of Fathallah Gulen, who encouraged his supporters to elect the new Justice and Development Party, to win the elections amazingly and reach power with the help of Gulen, who remained throughout his life away from politics. He led his social movement to spread what he called “social Islam” for its contribution to supporting education and moderation in the values ​​of the Islamic Religion. 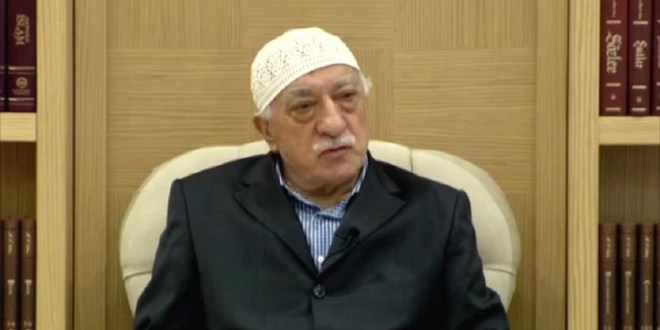 "Fathallah Gulen," according to his autobiography on his website in Arabic, is an Islamic thinker and Turkish preacher. He was born on April 27, 1941, in the village of Koroguk in the Hassan Qalaa district related to the governorate of Erzurum, and grew up in a religious family. Gulen is considered to be a follower of Said al-Nawrasi, or as his followers call him Badi al-Zaman al-Nawrasi, and Gulen focused in his works on the idea of ​​democracy and interfaith dialogue.

His religious proselytizing started in Izmir in the Kestana Bazary Mosque at the mosque’s Quran memorization school. Then he worked as an itinerant preacher, so he roamed all over western Anatolia. In his sermons, he used to refine souls and purify them from their imperfections (according to his followers). He and his followers established charitable schools in Turkey, within the laws that existed then.

And the year 1970 is considered the real beginning, as this movement whose official name is not known has expanded. Still, it has been called the "service," that is, the Gülen community or the Gülen services because it was initially established to serve the Turkish community, which later turned into a religious movement that owns hundreds of schools in Turkey, And hundreds of schools outside Turkey, from the Central Asian republics, Russia to Morocco, Kenya, and Uganda, through the Balkans and the Caucasus.

The movement also has its proper newspapers, magazines and televisions, private companies, businesses, and charities. The movement's activity is not confined to that but extends to the establishment of its cultural centers in a large number of countries in the world, and the establishment of annual conferences in Britain, the European Union, and America, in cooperation with major international universities to study the movement and its impact and cultural and social roots.

This social empire made the supporters of Fathallah Colin call him "the father of social Islam" unlike Najm al-Din Erbakan who is the "father of political Islam" in Turkey who tried to Islamize the governance in Turkey and transfer these ideas to his student, Recep Tayyip Erdogan, who abandoned him.

Recep Tayyip Erdogan, playing on both sides of the coin, religion, and politics 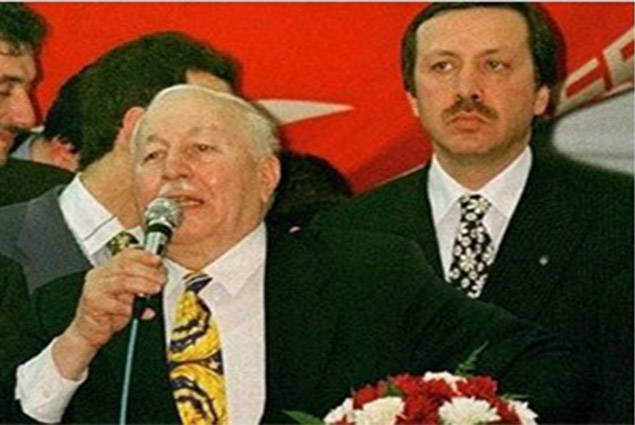 In 1998, Erdogan tried to play on the rope of religion by quoting verses from Turkish religious poetry saying: (Our mosques are our barracks / our domes are our helmets / our minarets are our spears / and the worshipers are our soldiers / this sacred army is guarding our religion) where he accused Erdogan of inciting religious hatred. These verses caused him to be imprisoned and prevented from working in government jobs, including running for general elections, and he had what he wanted in front of his supporters who considered him to defend religion in front of secularists

But after his release from prison, he turned his back on his mentor Erbakan. He managed to get close to the service movement that enjoys a significant position in Turkish society, where he worked on ending his association with political Islam, which is led by Erbakan, temporarily. Erdogan then made a temporary association with social Islam led by Gulen to gain power opportunistically not far from his personality, which has become open to all.

Recep Tayyip Erdogan took advantage of the political weakness that exhausted Erbakan, resulting from the banning of his multiple parties that were trying to Islamize Turkish politics on the one hand, and the absence of Fethullah Gulen from the Turkish scene after his departure from Turkey in 1999 on the other side.

The vacuum of the political and social arena created a fertile environment for Erdogan to install his multiple networks to control the government in Turkey, where he founded the Justice and Development Party in 2001 with some of its partners from the dissolved Virtue Party by a decision of the Constitutional Court.

How did Erdogan exploit his relationship with the service movement (Gülen community)?

The undeclared alliance between Erdogan's Justice and Development Party and the service movement led by Fethullah Gulen was crucial to Erdogan, who was able to gradually control sensitive sites in the country, due to the presence of supporters of the service movement within it. They were able to reach these positions through the advanced education they acquired in the schools and universities of the movement across Turkey and abroad, in addition to exploiting the movement's media through newspapers and TV channels.

After eight years of the alliance between a growing social movement in society and a party trying to pacify very quietly to change Turkish rule, he began trials against senior military officers on the grounds of an attempted coup in 2003 against the elected government, and thus the elimination of his opponents in the army. This quiet elimination lasted nearly ten years, in addition to isolating all his opponents in the state's sovereign institutions. The service movement was always outside these eliminations to gain its support without the leaders knowing that their turn was coming.

The real confrontation with the service movement began with the emergence of differences between the movement and the Party immediately after the defeat of the old establishment in the country in the period around 2010 and 2011. And he first real breakdown of relations between former allies was what was later known as the "National Intelligence Service crisis" in February 2012, in what was interpreted as a power struggle between the pro-Gülen police and justice services, and the Justice Party.

In 2013, when corruption practices of many state officials, ministers, mayors, and members of the families of the Justice and Development Party members were disclosed in what was known as "Turkey's 2013 corruption investigations", then Turkish President Recep Tayyip Erdogan accused the Gulen movement of opening these investigations for personal reasons as a result of the end of the alliance between the two entities. Erdogan accused the movement's leader and spiritual father, Fethullah Gulen, of trying to topple the Turkish government through a judicial coup in which corruption investigations are used as an argument, and he confiscated the group's official newspaper (Zaman, which was one of the most widespread newspapers in Turkey before the closure) and several companies connected with the movement.

The Gülen movement has been banned in Turkey since December 11, 2015, when the Turkish government placed it on the list of terrorist organizations under the name "Parallel Entity." The Turkish government blamed the movement for the failed coup attempt in 2016 and arrested thousands of soldiers and judges. It also withdrew the teaching license of more than 20,000 teachers at private facilities for belonging to the Gülen movement.

On the other hand, Gulen condemned the attempted coup and denied his or his movement's involvement in it. Still, Erdogan's ruling Justice and Development Party insists that the coup is the work of the movement to hit two birds with one stone: the first is the elimination of an essential competitor in Turkish politics, and the second is the creation of a supposed enemy to justify the failure The political, economic collapse, and social decline caused by Erdogan's failed policies.

Erbakan and Gulen were not the only allies Erdogan had turned against during his political career. Before the approval of the presidential system in 2017, he worked to eliminate his political allies who had always supported him, headed by former President Abdullah Gul, who stepped down as Prime Minister in favor of Erdogan, and Ahmed Davutoglu, who resigned from his position as Prime Minister before the presidential system was approved.

These measures were the alarm bell to the democracy and pluralism of the Turkish state, which led Erdogan to the post of President of the Fifth Turkish Republic after he was detained because of his brotherhood political orientations.