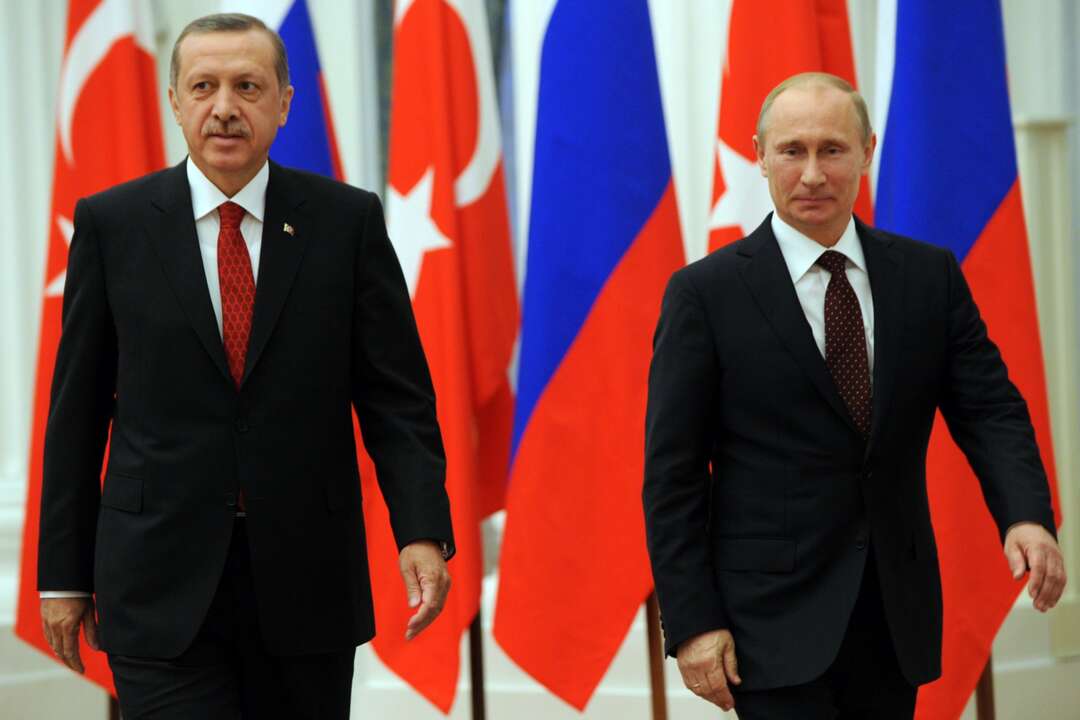 Russian President Vladimir Putin and Turkish President Recep Tayyip Erdogan shake hands during their meeting on the sidelines of the MAKS-2019 International Aviation and Space Salon in Zhukovsky outside Moscow, Russia, August 27, 2019.

President Tayyip Erdogan said on Tuesday that Turkey wants to continue defence industry cooperation with Russia, including on warplanes, following talks in Moscow with his Russian counterpart Vladimir Putin.

In another step that could further strain ties with NATO ally the United States, Turkey took delivery on Tuesday of a second batch of Russian S-400 air defence equipment.

“We are taking positive steps in the defence industry sector with the delivery of the S-400 systems starting,” Erdogan said at a news conference alongside Putin.

“With that, in our meetings today we had the opportunity to discuss what steps we could take in various fields within the defence industry and what we could do,” he added.

The initial delivery of parts of the S-400s, which Washington says is not compatible with North Atlantic Treaty Organization (NATO) defences, arrived in Ankara in July despite warnings about possible U.S. sanctions over the purchase.

Washington has not yet acted on the threat, but it did begin last month to remove Turkey from its programme of manufacturing F-35 jets, which Turkey also planned to buy. In response, Erdogan said Turkey would turn elsewhere for jets to meet its needs.

Putin said he and Erdogan discussed cooperation on Russia’s Su-35 jet and possible joint work on the its new Su-57.

“In my opinion, a lot has drawn an interest from our Turkish partners, not only from a purchase point of view but also from joint production,” Putin said at the joint briefing.